How did you like it the last time you saw your friends? Did you have a nice chat with them? Or were you all only taking pictures of your meals to post them on Instagram and talking to each other on Facebook? 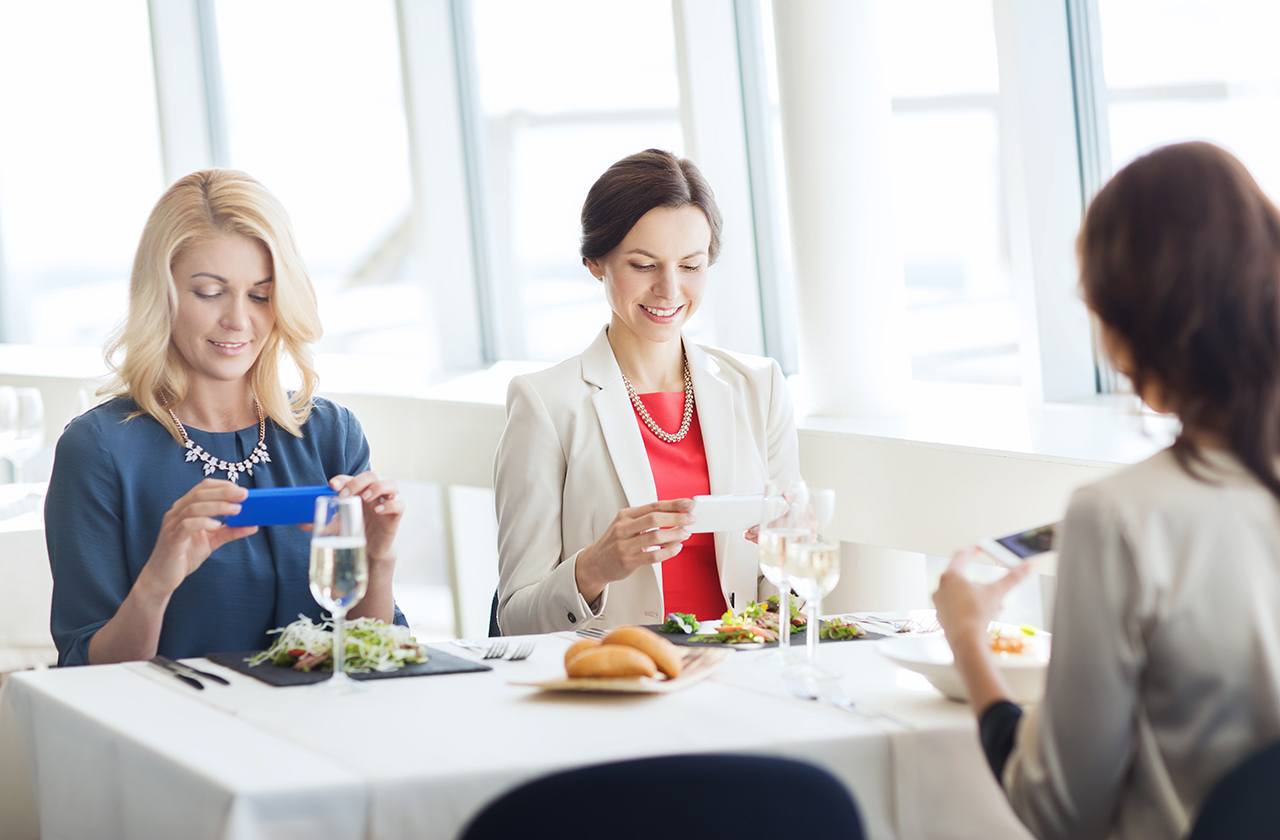 You must admit, this is a legit question about something that happens all too often. There’s a lot of talk about smartphone addiction — it has other names such as nomophobia or cell phone vibration syndrome.

But if we look into the matter deeper, is it a disease? Or is it something made up by old fogies and doctors – the same people who frightened us with stories about the Internet and video games and how they would ruin our lives?

A new type of party is taking over the world. Be different. Get a phone basket and collect all phones at the door

“Whether I am a trembling creature?..”

The need to know everything that is going on around us falls under the category of primitive instincts, says psychologist Nicholas Carr, who studied the issue of what the Internet is doing to our brains. There was a time when “hunger for information” helped our cave-dwelling ancestors to survive. Today, when the information available is, mildly speaking, excessive, the instinct doesn’t always work to our advantage — rather, it hampers our normal lives.

It is the same as gaining body fat. There was a time when the storage of fat around the waist helped people to live through the tough times of hunger, thus increasing their chances to survive. Nowadays, an excess of it hurts your ability to compete (though you still need a reasonable amount of it to be healthy).

The criteria of a destructive addiction are commonly known since humanity has been in the grip of vicious habits since almost the beginning of time. They usually include an obsessive need for dose increases (because of growing tolerance to the agent), a sense of discomfort in cases of withdrawal, and a destructive impact on life as a whole.

If you prefer surfing rather than communicating with your friends, then, logically, you should expect the number of friends to dramatically dwindle. And your habit to chat while driving is totally incompatible with normal life, or even with life at all. All told, every potential suffering from nomophobia can see by him/herself how much they get bogged down in it. And those who feel that auto analysis is not their forte can find multiple questionnaires and tests devoted to the topic on the web.

Okay, suppose the addiction is evident. You think it’s ridiculous to go to the policlinics and you’d like to cope with the problem by yourself. Naturally, you can simply pull yourself together and follow simple advice by psychologists: don’t be glued to your phone for half an hour after each beep, don’t check your email every other minute, and so on.

Yet, we have to confess — this way is for the weak. It is far more interesting to fight fire with fire, when “like is cured by like” as the ancients said. What can be more logical and consistent than fighting smartphone addiction with the help of a special smartphone application? And if one can create something like this by himself…

Apparently, similar ideas have already struck mobile developers. Otherwise it is pretty difficult to explain why Play Market and App Store have so many, almost identical, digital detox apps.

Especially if we take into account that any smartphone already has all possible means for going temporarily offline. Starting with a simple option of muting the sound to such big guns as airplane mode and power off.

Digital detox or How to get rid of smartphone addiction

Actually, the modern versions of major mobile OSs can do much more. Setting the function Priority in Android 5.x or Do not disturb in iOS, you can be sure that your phone will never miss a call from the boss, not bothering you with unimportant digital noise.

As a matter of fact, the majority of specialized digital detox apps do approximately the same, with certain variations. Here are some typical examples.

You have to look your enemy in the face, the authors of BreakFree Cell Phone Addiction (Android and iOS) program think. The developers — a married couple from India — lay major emphasis on monitoring functions. The program monitors the following: the time you spend on talks, how often you unblock the device, which applications consume the most of your time (the latter in a pay version); and on the basis of the information it calculates your “addiction level”. A simpler variant of the same idea is realized in Checky (Android and iOS).

Designed for the weak-willed, the Digital Detox (Android) application simply punches your smartphone’s lights out for as long as you have it preset. Have changed your mind? Too late! (In fact, you can, of course, reset the phone settings, losing all the data, or use the loopholes for the developers.)

Big Red Stop (Android) application automatically responds to incoming messages in Facebook/Twitter, showing that you are busy and will be free at certain time. Offline mode can be set with respect to time, or you can simply push “the big red button”.

Despite the abundance of variants, there are no obvious leaders in this category of applications. On the whole, the segment is still looking forward to its inquisitive Steve Jobs. Among relatively balanced multifunctional combines, one can be attracted by Offtime (Android) program.

The power of art

However, unsophisticated decisions sometimes work even better than complex ones. When designer Molly McLeod caught herself having uncontrolled urges to check her smartphone, she decided to create wallpapers with a reminder “Stop looking at your phone. Look around you.”

Made a new phone wallpaper to try to change my habits. pic.twitter.com/6gO0b88Aur

Unexpectedly, the idea worked well. Now everyone can download wallpapers by Molly on her site. And the number of the visitors has sharply increased after Fast Company and Huffington Post wrote about McLeod’s ideas.

We can do it the other way round, though. We can leave our smartphone with all its temptations at home, as the authors of Light Phone project suggest, taking with us the simplest device suitable only for voice calls. It doesn’t have a normal screen, and word processing is not available. So you won’t be able to idle away, however hard you try, staring at the credit-card-size piece of plastic.

So as not to have too much trouble with SIM cards change, your smartphone can serve as the gate. The app ran on the smartphone will selectively redirect the calls from a preset list of emergency contacts to Light Phone. Unnecessary informational noise will not bother you.

“Instead of using text messaging, just talk to people in person. Instead of using a camera, just look at things around you,” — say Light Phone developers. It’s a good decision for those who practice detox periodically, but cannot imagine themselves leaving home without a telephone.

The only minus — Light Phone exists only as a prototype and a rather successful campaign on Kickstarter so far. The deliveries are due only in May 2016.

For those unable to wait so long, there exist a simpler analogue — NoPhone. For as little as 12 dollars you receive a piece of plastic, imitating a shape and size of a smartphone.

My new phone with no screen, no sim, no signal. Absolutely nothing and revolutionary. Meet NoPhone #QuickPost pic.twitter.com/cjFym5Qifj

As the developers claim, the project has a lot of advantages. It is shockproof, water-resistant, doesn’t need charging, nor does it distract you from communication with friends. While at the same time you can press NoPhone to your bosom at night, touch it in your pocket, palm it gently to calm yourself down… you can finish the list with whatever you like. An awfully useful thing. Besides, you don’t have to buy it; you can simply carve it out of any material on hand.

Have a happy detox!

Five books and films where ciphers are not ‘just solved’

We’ve collected the most interesting books and movies which give a lot of detail on how exactly ciphers are solved.