Ciphers, codes, and passwords appear quite often in stories, novels, and films of the mystery, spy and adventure genres. As a rule of thumb, writers and filmmakers do not reveal specific details on how the deciphering is performed, as film and story plots are centered upon the deciphered data itself  or on a character’s sudden insight. This insight serves as a succor in solving a particular code.

Extensive elaborations on how a certain code is deciphered in a story or film are quite rare, so we have collected the most interesting occurrences of these rare gems. 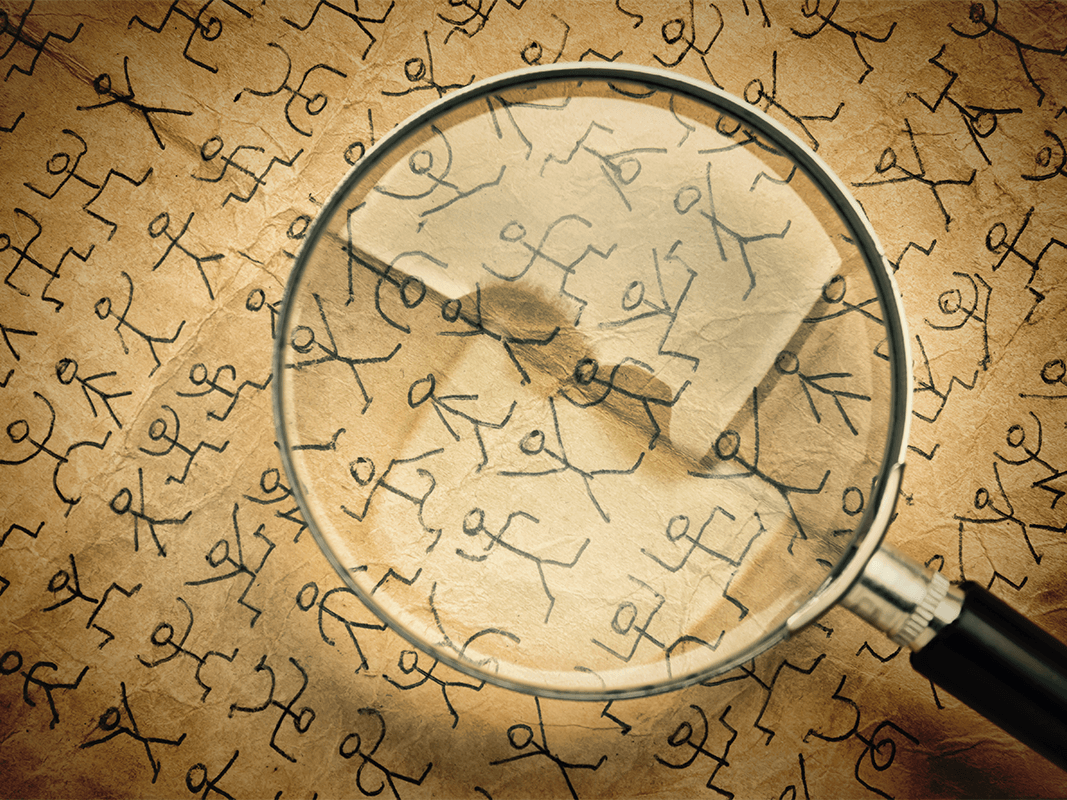 1. The Gold-Bug by Edgar Allan Poe: The Beginning

The whole story, essentially, is a first-person narrative of the reading of a ciphered document and the solving of a puzzle that reveals the way to Captain Kidd’s treasures.

The ciphered text is represented by a random set of numbers and symbols, and the story minutely reveals the thought path of the protagonist, who chose to analyze the frequency of appearance of symbols and letters in the English language. By substituting letters, presenting and disproving hypotheses on possible juxtapositions based on frequent (or impossible) English letter-combination usages, he deciphered the text.

This cipher is called a “substitution cipher”. Even in 1843, when the story was written, it was not considered to be something extraordinary. However, it was one of the first popular accounts of a cryptographic system; for this reason, it attracted a big a lot of attention. After the story was published, there was a contest in a newspaper where Poe took up solving ciphers sent in by readers of the newspaper.

When asked to name a literary work on ciphers, one of the most common answers that comes to one’s mind is The Da Vinci Code by Dan Brown (his other novels might be named too, and, in particular, Digital Fortress deserves discussion among them, for that matter.)

Most puzzles solved by characters in the novel are not ciphers by nature, as they offer no single solution and rely on the intuition, knowledge, and imagination of the individual solving them. However, the book offers several examples of real historical ciphers, most notably the Atbash cipher.

This cipher, which was created for the Hebrew alphabet, can be easily adapted to other alphabets, since the essence of the method is primitive: the alphabet is “folded” in two so that the last letter is coded by the first, the second by the penultimate, and so on. As you might have guessed, this cipher offers no challenge for cryptanalysis, as it represents the same simple substitution cipher.

However, this cipher may become comparatively reliable if a frequency analysis turns out to be impossible after you transmit a very short text. Nevertheless, the main heroine, a French police cryptographer, retains a certain pride in being acquainted with the cipher. This pride appears to be naïve, thus creating professional jokes.

3. The Wire by David Simon: Easy-peasy

In the first season of this legendary TV show, a street gang employs a data transmission system that deserves to be reviewed. The system is based upon the use of public telephones and digital pagers in order to exchange messages.

Digital pagers are usually capable of sending an immediate message with a telephone number or a code that represents a standard message like “Show up at the hospital ward!” or “Cheese it! It’s a raid!”

The Wire featured the police trying to intercept public-telephone messages in order to build a full network of connections between the gang members in order to track the gang leaders. However, the phone numbers, which were the most valuable pieces of data, were transmitted with  an encryption.

Just like in Poe’s short story, the starting point for deciphering was a theory on the inevitable simplicity of the cipher used by the gang members. The cipher was able to be solved by the police after hypothesizing that the code was indeed suitable for use among street teenagers. 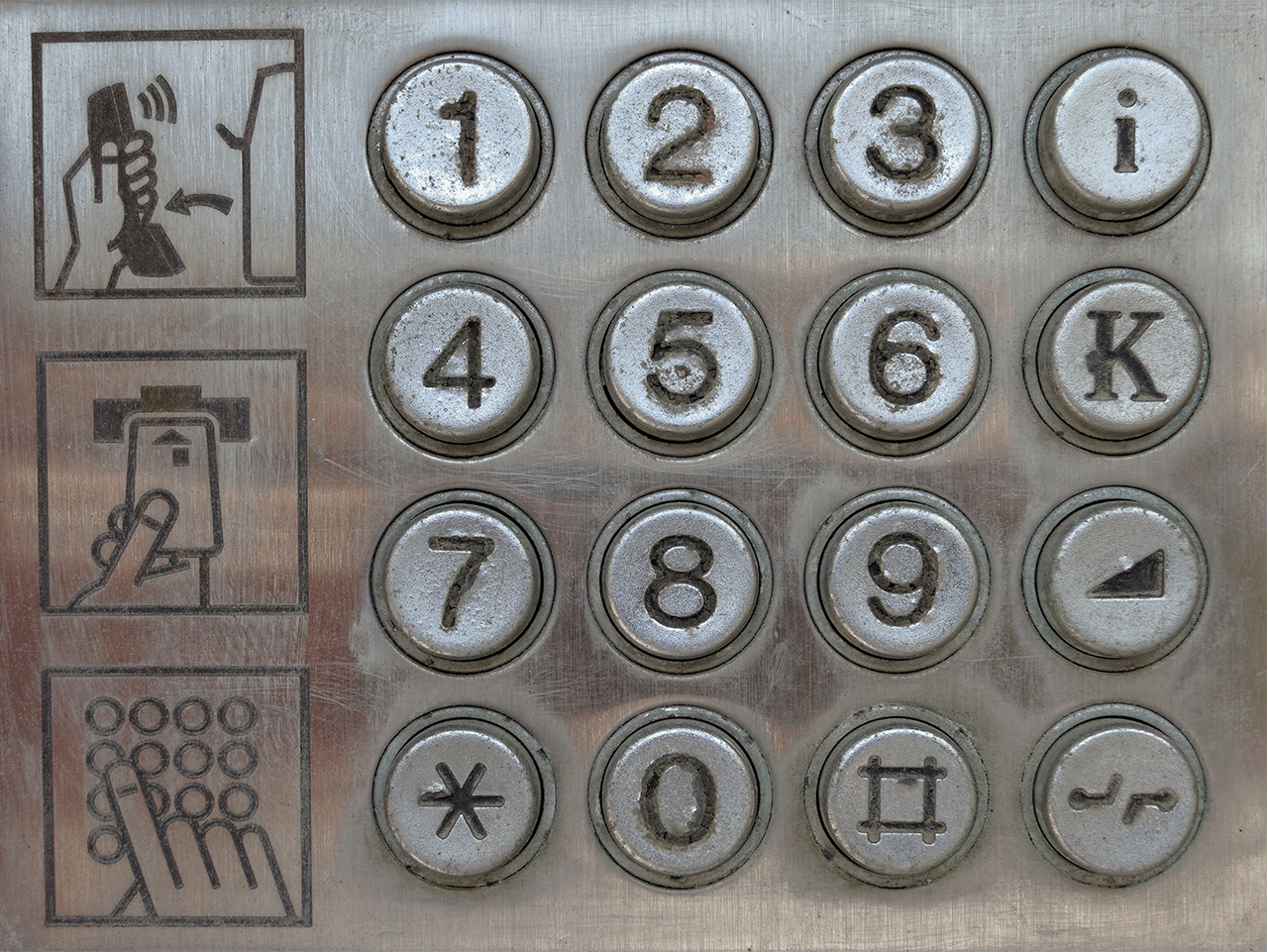 This is, perhaps, the darkest of the stories we discuss here. This is a story depicting the endeavors to catch a serial killer who was active in San Francisco Bay Area at the end of the ’60s and in the beginning of the ’70s. The story was filmed by David Fincher.

This killer, who was given the nickname “Zodiac”, acted with no particular pattern, which made many people think that it was not just one man, but a group of imitators. Zodiac terrorized the newspaper with letters, in which he demanded that editors publish ciphered messages in leading articles; otherwise, he threatened to commit new murders of an even greater extent.

Despite refusing, the described murders did not actually ensue. At the same time, Zodiac revealed information about one of his previous murders, details of which could not have been known to a person unrelated to killer. At any rate, the murderer was not caught, and enthusiasts have been trying to solve his cryptograms in vain thus far.

Five books and films where #ciphers are not ‘just solved’

The first more or less convincing solution to one of the cryptograms was offered in as early as 1969. However, there were unsuccessful attempts to break the cipher as a whole. It was supposedly of the substitution kind, known as Caesar’s cipher, that used a mixture of astrological signs and other characters. The rest of the cryptograms remained undeciphered.

Incidentally, taking into account the dubious authorship of the letters and the mental stability of the alleged author, one could actually never be sure that deciphering attempts could lead to any real result at all.

Five lessons from the story of the Enigma cryptographic: https://t.co/Xl6w43qpOS

Assuming that Edgar Allen Poe discovered cryptography in the literary works, Neal Stevenson took it to the next level. In Cryptonomicon, ciphers and everything related to them are the main topic.

The plot line, set against a backdrop of the Second World War, is devoted to the confrontation of cryptographers of each of the warring sides (including breaking Enigma and the consequences of this). The characters of the second plot line, which unfolds during the dot-com bubble, create something reminiscent of Bitcoin.

And where Dan Brown ‘patters’, Stephenson does not shy away from devoting several pages to elucidation of mathematical or physical principles required for comprehension on how everything works.

If you want to understand why we'd love to make passwords obsolete, read this book: http://t.co/DDZIMxCqbC #io15 pic.twitter.com/4HSBbTy7Ln

Stephenson’s obsession with cryptography reaches its apotheosis in the appendix to the book, which contains a full description of the cryptosystem that was used by one of his characters. The cipher utilizes a deck of cards, shuffled in a certain order, as a key. The appendix has a full manual on how to use the cipher, create the key, and on precautions for those who decide to apply the method in real life.

The book offers good insight on the influence these things have upon the world and the principle of functionality of contemporary data security and the Internet industry. In short, it is a must-read.

Kasper, Sky and the Green Bear: A book that teaches kids to stay safe

Hacking a book: how I became Lisbeth Salander

Kaspersky Lab researchers examined one city’s network of surveillance cameras and determined that the systems were not very secure.