How to prevent DDoS attacks from ruining your next gaming session

Have you ever been in the middle of your favorite online game when, all of a sudden, your network connection drops? You are likely the target of a Distributed Denial of Service (DDoS) attack that floods your network with a huge volume of unwanted traffic. This type of attack blocks any device on your network from accessing the internet. These types of attacks also target servers the gaming company operates. In that case, the attack blocks anyone from playing. Fortunately, you have several options to protect your computer. Here are a few tips on how to prevent a DDoS attack.

What is a DDoS and how does it work?

A Distributed Denial of Service attack is one of many attacks targeting online gamers. The cybercriminal's No. 1 goal is to block all outgoing traffic from your network. They accomplish this by overloading your network with a large volume of traffic from multiple locations at once.

What is the attacker's motive?

What makes a cybercriminal launch a DDoS? Sometimes they feel they have a reason to target you specifically. Sometimes the reason is unclear. Here are some possible reasons for their actions.

Sometimes, when it comes to eGaming, winning isn't always a great thing. When a player upsets a competitor, that competitor may want revenge. Sometimes their goal is keeping you offline for a short period. Other times, they try to keep you offline for several hours or several days.

EGaming is highly competitive, and many people will go to extreme lengths to influence the outcome.

When there's money at stake, some will do anything they can to get it. ESports wagers hit $13 billion in 2020. Top prizes for major tournaments often exceed 1 million dollars.

Often cybercriminals take down a network (the games) to influence the game's outcome. They may have made a wager with someone. To improve their chances of winning the wager, the cybercriminal eliminates top competitors. Another reason is that they want entry into a high-profile match. If the only way to get in is to eliminate someone else, they'll launch a DDoS attack against that person.

How to prevent DDoS attacks

These types of attacks could go on for hours. The best way to protect yourself is to take proactive measures. All of the following recommendations are straightforward, and you can do them yourself.

How to prevent DDoS attacks by changing your IP address

Security software runs on your computer and monitors it for attacks, viruses, and malware. Viruses, malware, and attack methods evolve daily. Keeping the software updated ensures it can handle these new threats.

Don't click on links someone sends to you unless you know and trust the person. Criminals send their targets a link to a malicious website. The site installs malware onto your computer without you knowing. Once installed, the perpetrator gets your IP address. They may add your computer to a botnet and use it to launch attacks on others.

Criminals convince players to buy cheat tools or methods. When the player opens it, the tool installs malware on their computer. Popular games such as Fortnite, Minecraft, and FIFA are typical targets. 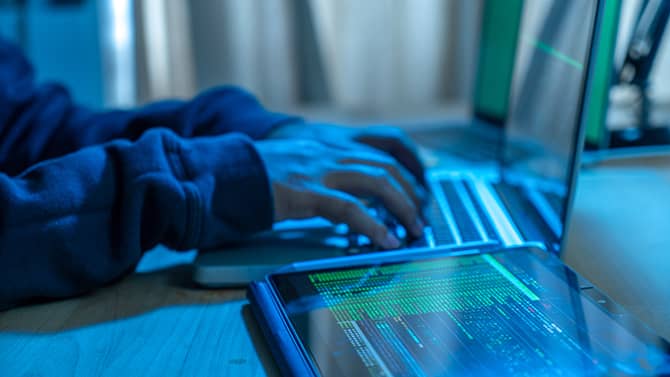 How to prevent DDoS attacks by upgrading your network hardware

How long have you had your router? If it's been more than a couple of years, you should update the router to a more modern version. Older routers leave your computer exposed to other types of threats, such as DNS hijacking.

Router manufacturers send updates regularly. You may already have the latest software. However, many newer updates have features that can block DDoS and other types of network attacks.

VPN stands for Virtual Private Network. A VPN is a technology that allows you to connect to the internet privately. The technology hides your IP address inside of a virtual tunnel. Incoming and outgoing traffic must go through the VPN provider first. The VPN encrypts your data before sending it over the network. The extra step provides an additional layer of security because cybercriminals cannot read encrypted data. Find out more about VPN and if you need it in this article What is VPN

What is VPN and how it works

What is IP address

How to protect your IP address

How to prevent DDoS attacks from ruining your next gaming session

Kaspersky
IP spoofing is a technique hackers use to gain unauthorized access to computers. Learn how IP spoofing works, how to detect IP spoofing & how to protect yourself.

MacBook hacking: How to know if your Mac has been hacked

Mac security: A comprehensive guide to securing your MacBook

How to prevent cyber attacks