Messaging apps provide an easy-to-use way of keeping in touch with friends, family, and co-workers. However, when using them, it’s essential to be aware of online privacy and security.

Does it use open source code? Open source code means the app is open to outside accountability and auditing by experts, which can be a useful way to bring attention to any weaknesses or vulnerabilities in the code.

Self-destructing or disappearing messages disappear after a set period of time, depending on your chosen settings.

While many secure messaging apps use end-to-end encryption, they can still collect data about you, called metadata. This includes information like who you talk to, for how long, on what device, your IP address, and phone number.

What are the most secure messaging apps?

(NOTE: the below list is not in priority or endorsement order)

Signal is a cross-platform encrypted messaging service dedicated to end-to-end encrypted voice calling and encrypted texting. It is generally considered one of the most secure messaging apps on the market.

The Signal messaging app is free to use and available on both Android and iOS operating systems. There is also a desktop version for Windows, Mac, and Linux. To join, all you need is a phone number.

The user experience is similar to other popular chat apps such as WhatsApp and Facebook Messenger. Features include one-to-one messaging, group messaging, stickers, photos, file transfers, voice, and video calls.

How secure is Signal?

Founded by Russian entrepreneur Pavel Durov, Telegram is a multi-platform messaging service that first rolled out on iOS and Android in 2013. Telegram’s core functionality is the same as most other messaging apps: you can message other Telegram users, create group conversations, call contacts, and send files and stickers.

How secure is Telegram? 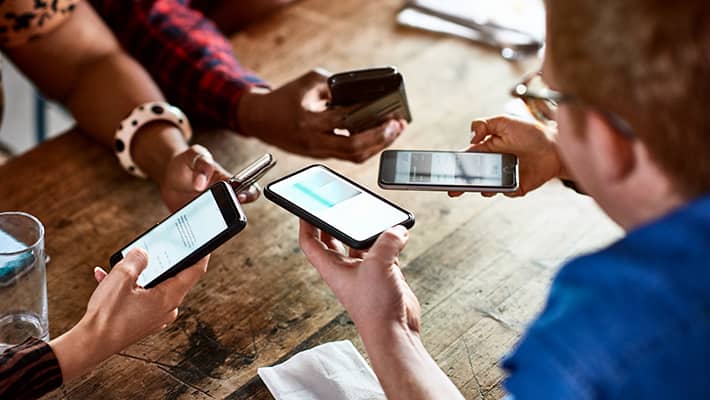 Launched in 2014, Wire promotes itself as a secure messaging app. The company behind Wire is based in Switzerland, considered one of the best jurisdictions in the world for any kind of secure online service or secure chat app. Wire can be used on Android, iOS, macOS, Windows, and popular browsers.

How secure is Wire?

With an estimated 1.5 billion users worldwide, WhatsApp probably needs no introduction. It was one of the first chat apps to enable end-to-end encryption for more secure communication. WhatsApp is owned by Facebook, an association that makes some question its privacy credentials.

How secure is WhatsApp?

Threema is an end-to-end encrypted messaging app. Unlike many others, Threema does not require you to enter an email address or phone number to open an account, which provides users with a very high level of anonymity. Features include text and voice messages, voice and video calls, groups, and distribution lists. Threema is not free – users pay for it. The company behind Threema is based in Switzerland.

How secure is Threema?

What is Wickr Me?

Wickr was founded in 2012 by a group of security experts and privacy advocates. It is one of the only secure messaging apps which can be used truly anonymously. It has different apps aimed at various user groups - Wickr Me, Wickr Pro, Wickr RAM, and Wickr Enterprise. Wickr Me is aimed at personal users.

Wickr Me does not require an email address or phone number upon registration, ensuring that user data is not collected and, therefore, the app does not have access to it. Wickr can be a collaboration tool instead of just a messaging app as there is the ability to share screens, locations, and online statuses.

How secure is Wickr Me?

Viber is a cross-platform voice-over IP and instant messaging software app operated by Japanese multinational company Ratuken. The app is free to download and allows users to make free calls, send texts, pictures, and video messages to other Viber users. You can use Viber to create group chats with up to 250 people and make group calls with up to 20 people at once.

How secure is Viber?

Dust, formerly known as Cyber Dust, is a private messaging app that uses end-to-end encryption for secure communication. According to its website, “You can erase your messages off other people’s phones. No messages are permanently stored on phones or servers. Messages are heavily encrypted and not accessible to anyone, even us.”

How secure is Dust?

iMessage is an instant messaging service developed by Apple and launched in 2011. iMessage functions exclusively on Apple platforms: iOS, macOS, iPadOS, and watchOS.

How secure is iMessage?

Line is a free, secure chat app created in the wake of the 2011 Japanese Tsunami. As a result of the disaster, many normal communication channels had broken down, and the Line app was developed by internet company Naver for its staff as a means of internet-based communication.

Naver opened the app to the public in Japan later that year, where it became incredibly popular before gaining traction across Asia.

How secure is Line?

Ensuring you use a secure chat app to communicate with others protects you from malicious actors trying to steal your data. Different apps have different security features and functionality, so choosing which one to use will depend on which features are most important to you.

Tips on how to protect your messaging app security

Aside from the security of the apps themselves, tips for staying safe online when messaging others include:

Public Wi-Fi is invaluable but can pose security problems. Since public networks tend to be used by many people, they can be prime targets for hackers. Hackers can easily sniff data like photos, messages, passwords, usernames, and banking information sent over Wi-Fi. Using a VPN can help protect you against any security breaches.

Avoid giving out passwords, credit card information, or other private data via messaging. Be wary of disclosing any personal information to a stranger you meet via instant messaging. Even apparently innocent information like the name of your employer can be used against you by fraudsters.

3. Be careful of what links you click on when chatting

Never click on links that you receive through instant messaging from people you do not know and trust and have never met in real life to avoid falling victim to a phishing scam.

4. Protect your phone with security software

As well as securing your device with a password or PIN, make sure you are protected with security software. For example, Kaspersky Internet Security for Android blocks suspicious apps, websites, and files and stops spyware from monitoring calls, texts, and location.

Messaging app security: Which are the best apps for privacy?

Kaspersky
Which is the most secure messaging app? When it comes to messaging app security, find out the best options, including Signal, Telegram, WhatsApp & others.

Do You Need a Tracking Device for Your Kid?

How To Protect Your Child from Identity Theft

How to lower ping and optimize online gaming performance

Incognito mode and private browsing: What is it, and how can you use it?