Online scammers use all sorts of ways to separate cryptoinvestors from their prized bitcoin. They create fake news sites and promise helicopter money. They even post screenshots in Lightshot with “cryptowallet login credentials” ? this being a trap for folks who have a weakness for other folks’ secrets and a free lunch. We recently uncovered a new scheme in which YouTube users are lured to a fake cryptoexchange through videos about a “bug” that supposedly lets them take advantage of a huge discrepancy in exchange rates.

Just like traditional currencies, cryptocurrencies’ exchange rates are determined by the market: as of the writing of this post, one bitcoin is worth around 18 Ethereum on average. But exchange rates may vary between the different platforms where these currencies are traded. The differences are usually small, but what if one of the platforms has a technical glitch that works to buyers’ advantage? Then it could be those buyers’ lucky day, and they might strike it rich thanks to the discrepancy in exchange rates. Finding a bug like this is a dream for freebie lovers ? and this is exactly what the scammers are promising in videos on YouTube.

The first thing the fraudsters do is create a YouTube channel where they post videos describing a “clever” way to get rich, which they want to share with the cryptocommunity.

One of the fraudulent YouTube channels used in this scheme ? with just one video posted on the channel

In the single video on the channel, the scammers claim that they’ve found a bug in one of the automated exchanges: by some happy turn of events, the exchange buys one bitcoin for 184 Ethereum, while on Binance the exchange rate is 18.4. That means that you should get 10 times more money on this website, all because of a vanishing decimal point. 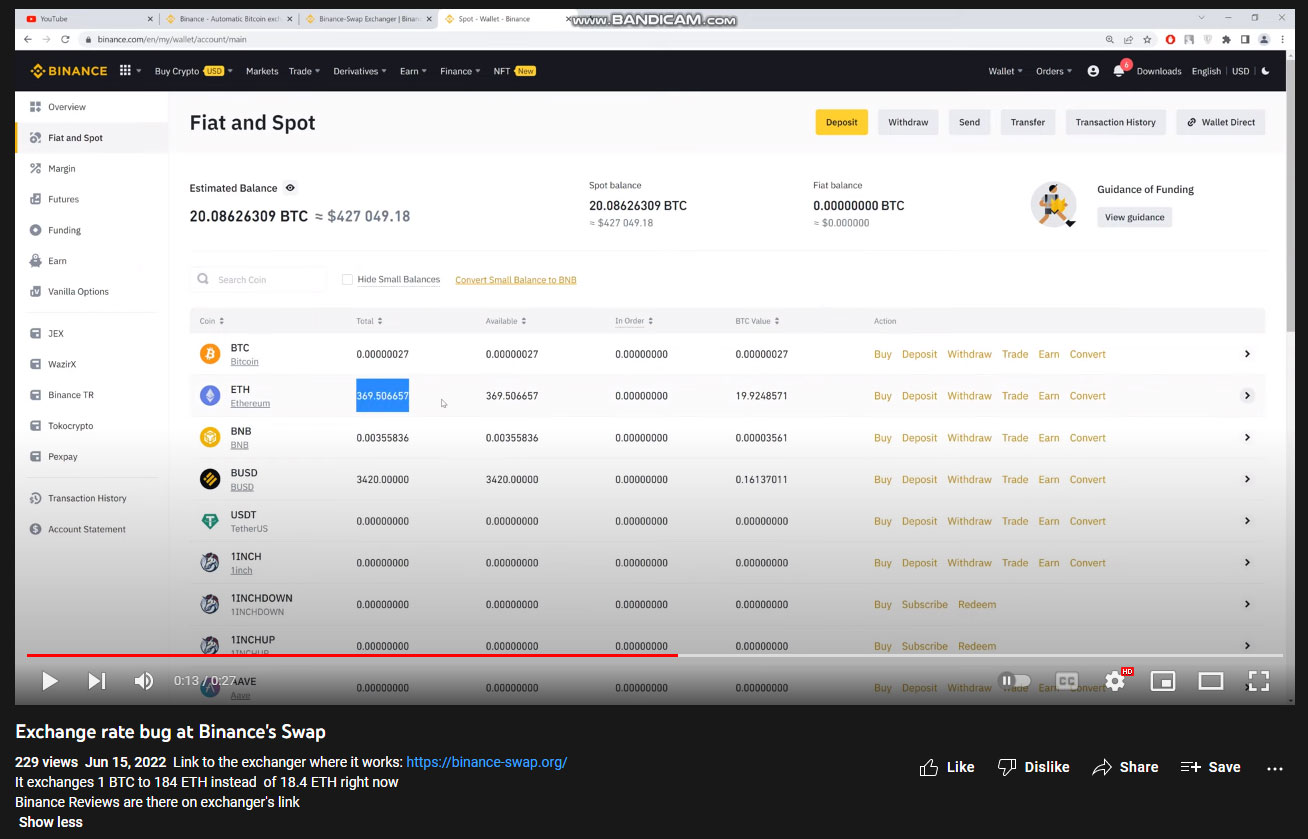 In their video, the scammers show an error they allegedly found in the BTC-to-ETH exchange rate

To get users excited and steer them away from fact-checking, the fraudsters pad the comments section with bot-posts expressing the deepest of gratitude for the amazing insider knowledge. 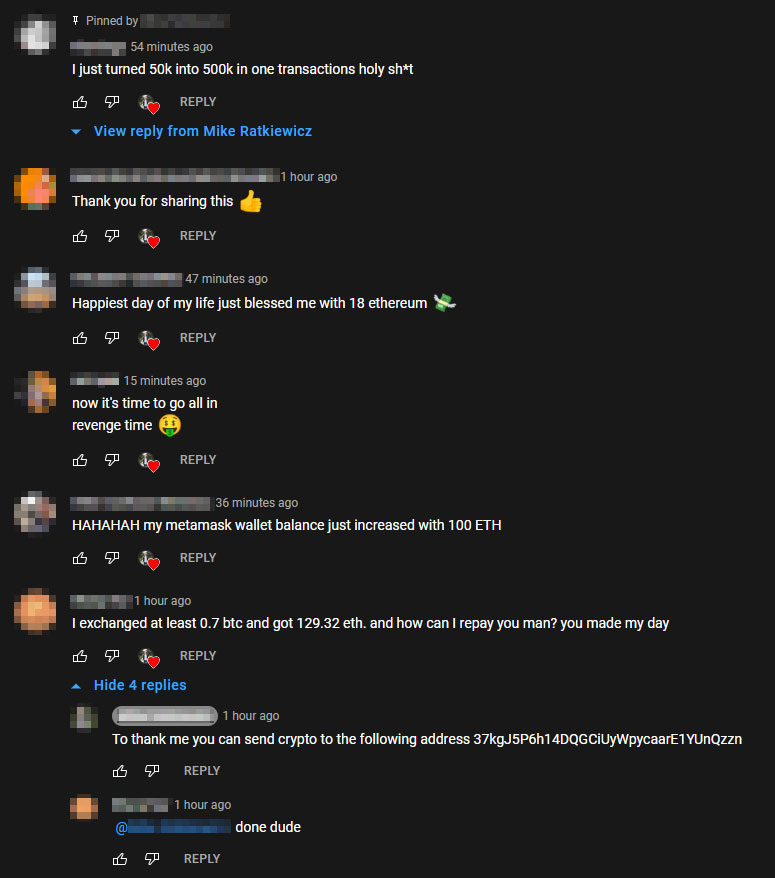 To promote their channel, the scammers go to popular videos made by other people ? these are often newly posted ones where the comments section is the most active ? and leave comments talking about a bug on a cryptoexchange and recommending a video about it. To make sure the comments don’t get lost among others, the bots give them lots of likes.

The link to the website with the allegedly favorable exchange rate is provided for those who are interested. You guessed it: this website is also run by the scammers.

When they try to sell their crypto on this website, victims see a message saying that the rate is good for only 180 minutes. During that time, victims are asked to transfer the bitcoin they want to sell for Ethereum to a specific cryptowallet address. If the victim sends the bitcoin, they go to the criminals ? who of course don’t send back any Ethereum in return. 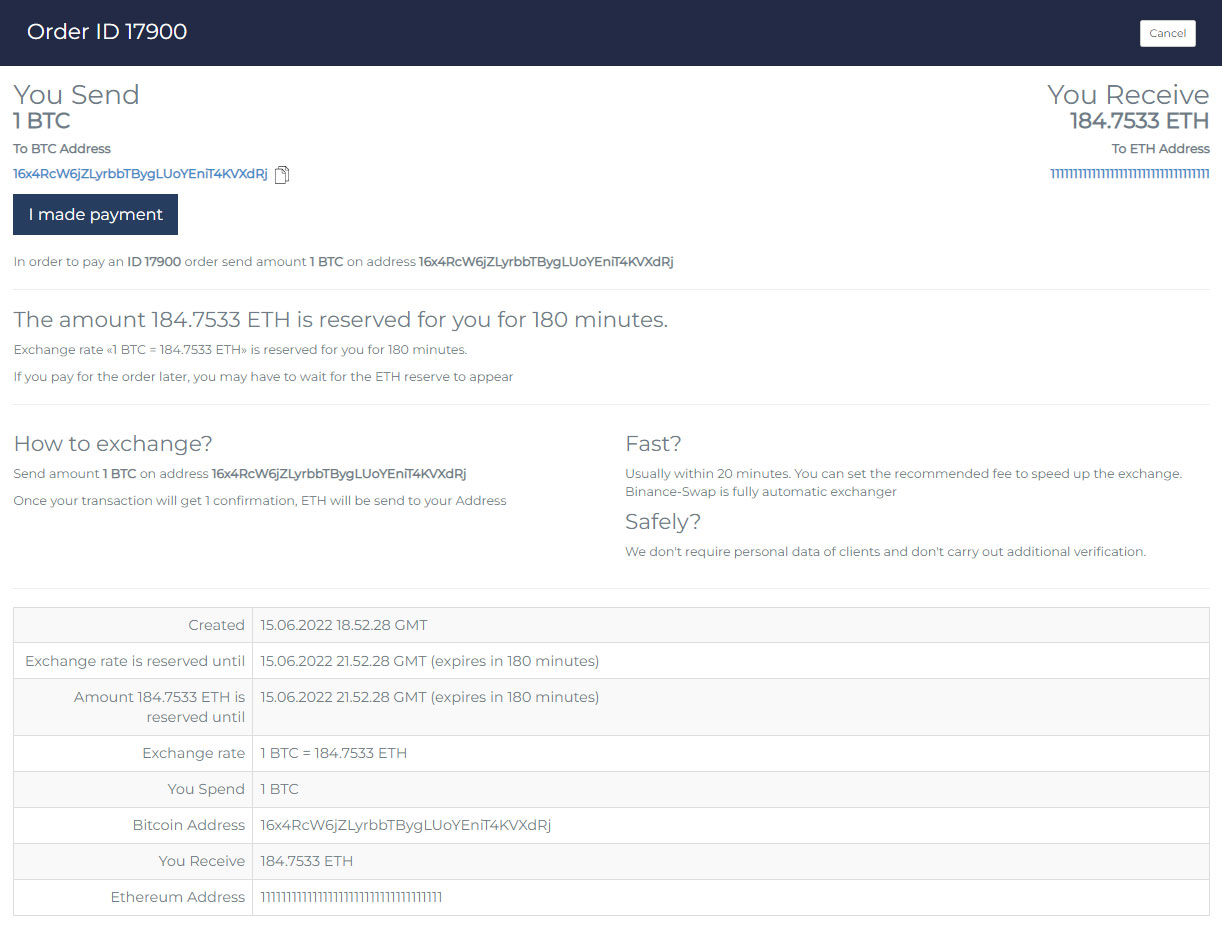 The described website isn’t the only one of its kind: fraudsters are creating dozens of fake cryptoexchanges and YouTube channels for other cryptocurrencies too. The cybercriminals are probably banking on the fact that users will seek out information about the tokens they’re interested in. The website names and addresses may be different, but in every case the scam revolves around a “bug in an exchange rate”. 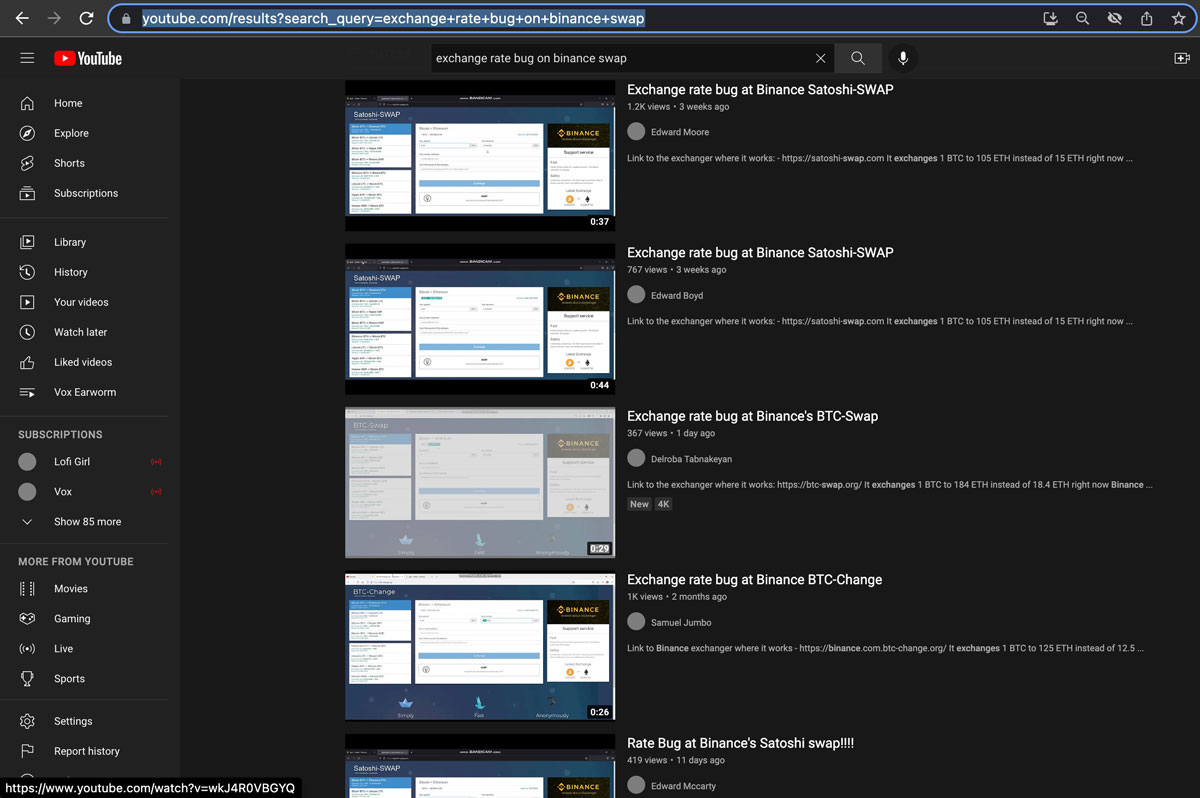 A bunch of similar fraudulent videos in a YouTube search

As always, your most powerful weapon in combating cybercriminals is vigilance.

“Package for you. Please scan the QR code”

Cyber immune gateway that can shield IoT and IIoT devices from cyberthreats.