Nothing says the holiday season like over-spending on toys and devices for our children. It really shows how much we care – right? Chances are, there is a toy or two on your kid’s list that has some type of connection to the web. Hell, they may already have a half-dozen or so already.

Raise your hand if your kid has a VTech toy that helps them with learning? It’s OK to admit, we own a few. For those of you who raised your hand, you may want to sit down before reading on.

On Cyber Monday, VTech announced that they were hacked some time in November, and that the hackers had compromised over 5 million user accounts on their network from one databases.

The hackers’ bounty included usernames, passwords, IP addresses and downloads – pretty standard fare for a database breach, right? However, that was the least of what the hackers made off with. You see the hackers also were able to gain birthdays, gender and names of the children and also nabbed 190 gigabytes of photos that include tens of thousands kids’ headshots.

Yes, you read that right. Tens of thousands of photos of kids and parents – intimate photos that no one wants to fall into the hands of evil doers.

Unfortunately, this story is still developing, so parents wondering if their family’s account was compromised will have to stand pat and wait. We will share more info as we know it as will my colleagues Mike and Chris over at Threatpost so be sure to keep checking back.

At the time of writing this post, you can shop ’til you drop at VTech’s online store. The company does not offer a disclaimer of the hack on their website’s homepage, but could you blame them when you’ve got the “Cyber Week Super Sale” and “Merry Must-Haves” front and center?

I love the smell of ecommerce in the morning, especially when buying for my kids. Ok – now that I got my sarcasm out of the way, the company does disclose the breach when you click on the “Downloads” section, which makes sense given that it is geared more to repeat customers – who potentially could be one of the 5 million. 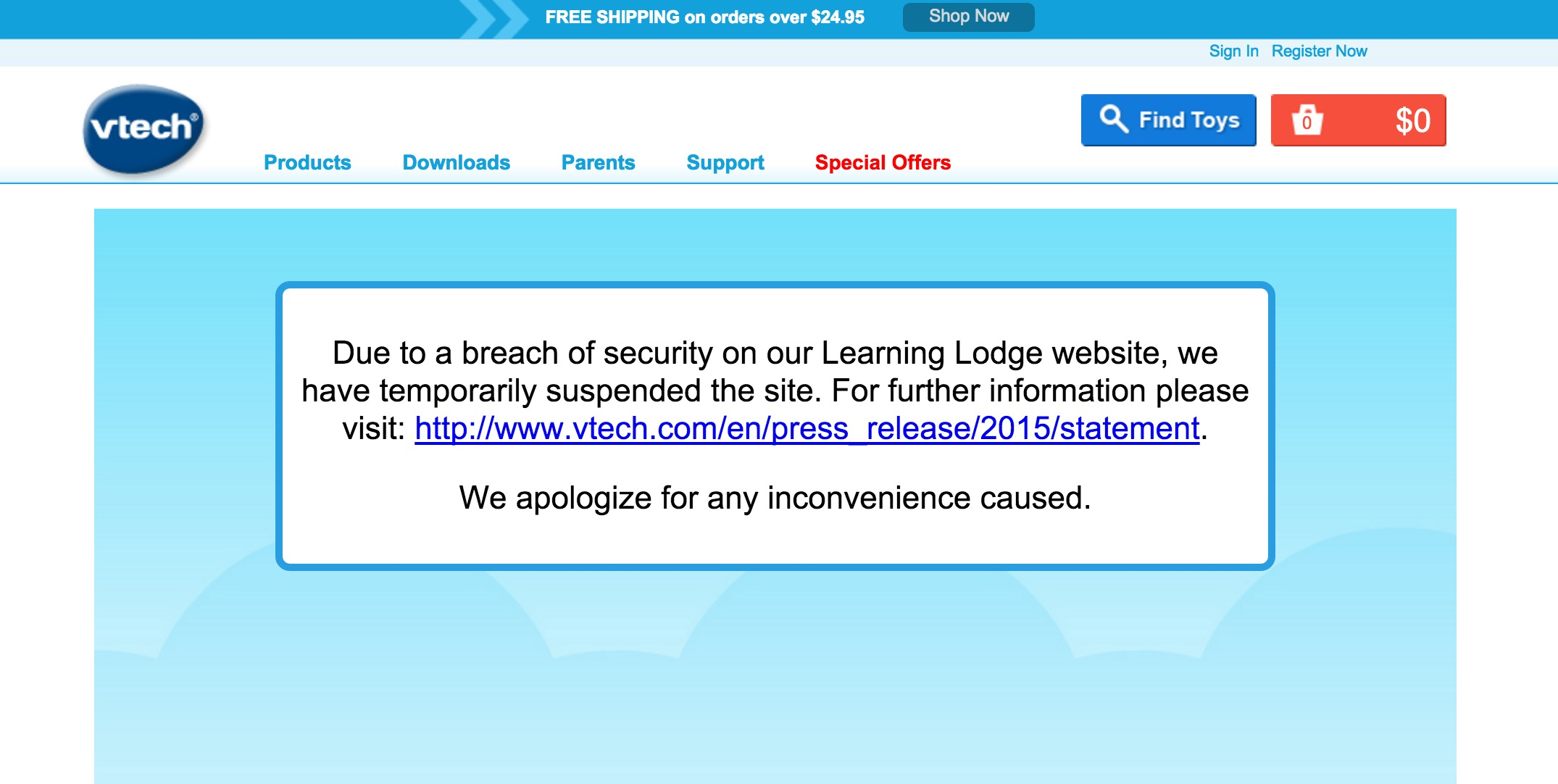 This sucks – what can I do?

Unfortunately, as we continue down the path of more connectivity, we are going to be slapped with the harsh reality that there are evil folks out there who will look to exploit vulnerabilities in the products. In a recent interview, David Emm of our GReAT team opined:

“We live in a connected world, where even our children’s toys could become the means for personal data being captured by attackers. It’s really important that, when considering such toys this Christmas, parents look beyond the fun aspect of a toy and consider the impact it might have on their child and the wider family.” 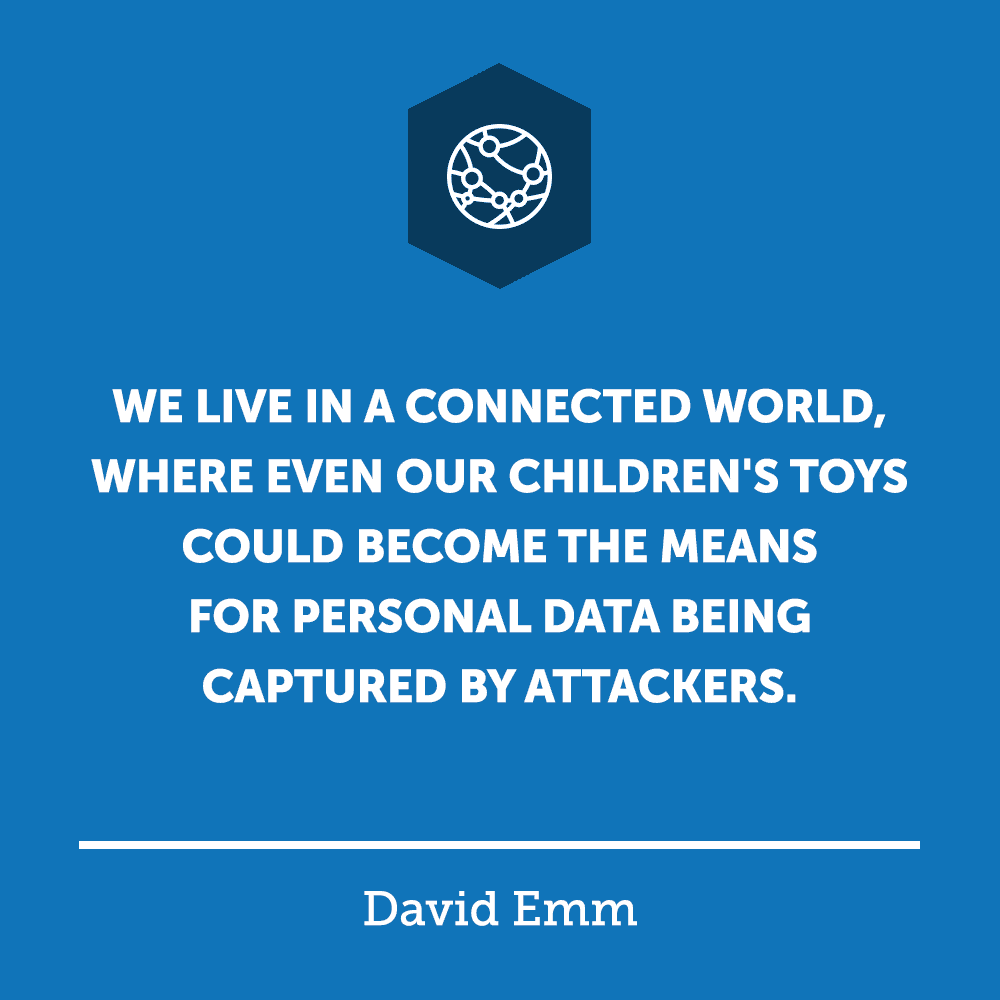 So how can we keep Suzie and Billy safe? Here are a four tips: 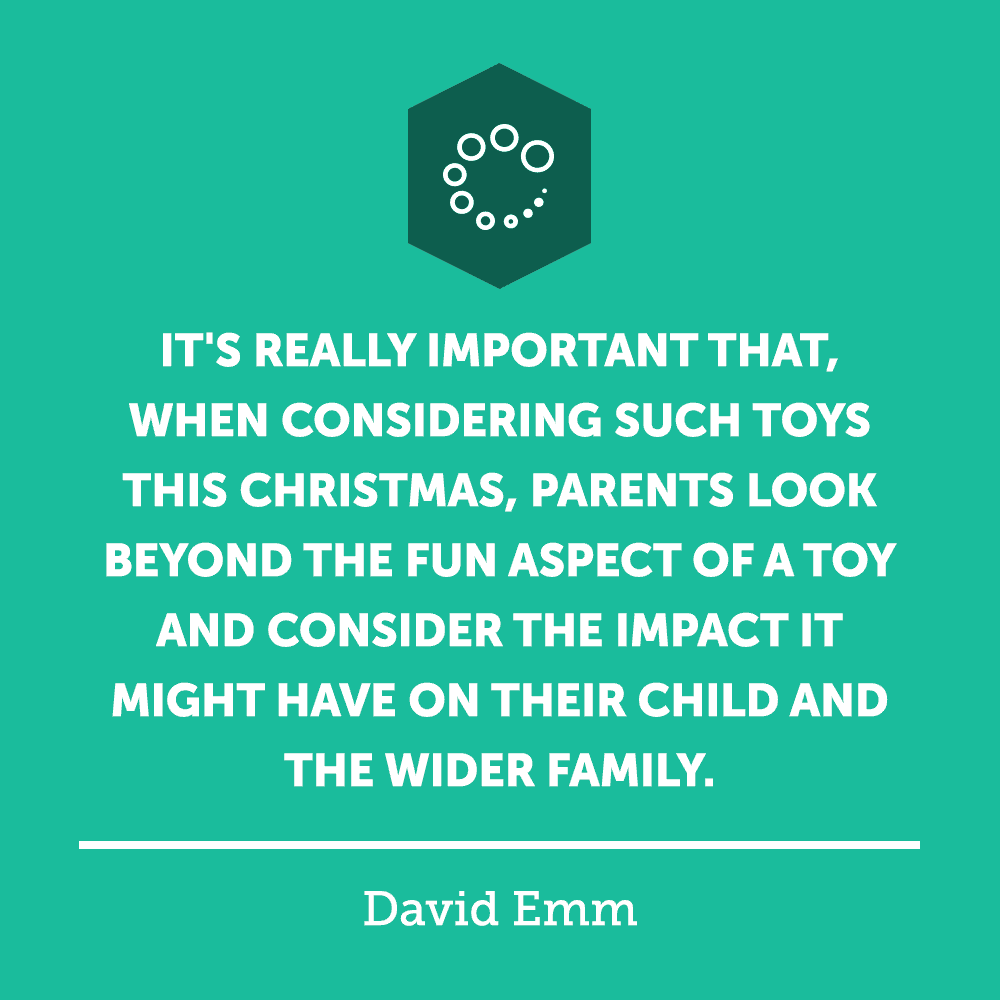 Read about how I hacked my own home! Full research paper here! #iot http://t.co/WXAXkDJWfK

The wrong way to use passwords