Recently, Apple’s CEO Tim Cook delivered a speech on privacy and security during EPIC’s Champions of Freedom event held in Washington, DC. We want to share with you the 10 best quotes from this speech. 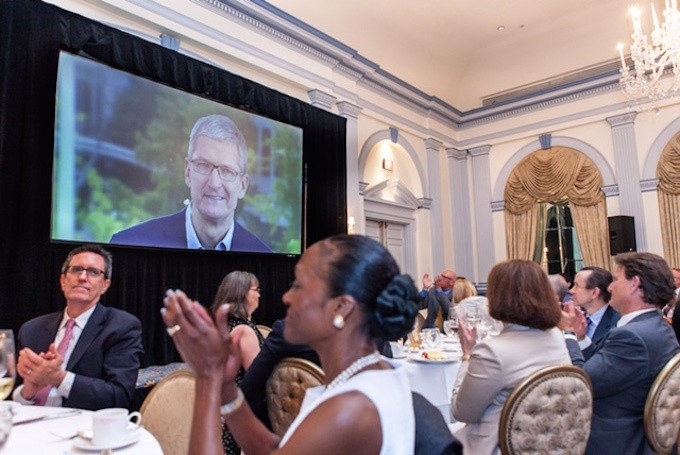 2. “I’m speaking to you from Silicon Valley, where some of the most prominent and successful companies have built their businesses by lulling their customers into complacency about their personal information. They’re gobbling up everything they can learn about you and trying to monetize it. We think that’s wrong. And it’s not the kind of company that Apple wants to be.”

3. “We don’t think you should ever have to trade it for a service you think is free but actually comes at a very high cost. This is especially true now that we’re storing data about our health, our finances, and our homes on our devices.”

4. “We believe the customer should be in control of their own information. You might like these so-called free services, but we don’t think they’re worth having your email, your search history and now even your family photos data mined and sold off for god knows what advertising purpose. And we think some day, customers will see this for what it is.”

5. “There’s another attack on our civil liberties that we see heating up every day — it’s the battle over encryption. Some in Washington are hoping to undermine the ability of ordinary citizens to encrypt their data.”

Removing encryption tools from our products would only hurt law-abiding citizens. The bad guys will still encrypt, it’s easy to do

6. “Removing encryption tools from our products altogether, as some in Washington would like us to do, would only hurt law-abiding citizens who rely on us to protect their data. The bad guys will still encrypt, it’s easy to do and readily available.”

7. “Now, we have a deep respect for law enforcement, and we work together with them in many areas, but on this issue we disagree. So let me be crystal clear — weakening encryption, or taking it away, harms good people that are using it for the right reasons. And ultimately, I believe it has a chilling effect on our First Amendment rights and undermines our country’s founding principles.”

8. “If you put a key under the mat for the cops, a burglar can find it, too. Criminals are using every technology tool at their disposal to hack into people’s accounts. If they know there’s a key hidden somewhere, they won’t stop until they find it.”

9. “Like many of you, we at Apple reject the idea that our customers should have to make tradeoffs between privacy and security. We can, and we must provide both in equal measure. We believe that people have a fundamental right to privacy. The American people demand it, the constitution demands it, morality demands it.”

10. “We shouldn’t ask our customers to make a tradeoff between privacy and security. We need to offer them the best of both. Ultimately, protecting someone else’s data protects all of us.”

Kaspersky Lab experts detected a sly scheme that allows fraudsters to steal personal data without your login and password.