A year ago we announced that together with Europol, Dutch police, and McAfee Security, we were starting a project called No More Ransom. We thought that joining forces against ransomware was a good idea, and now we know we were right.

Today No More Ransom celebrates its first anniversary, and for a 1-year-old it has achieved a lot.

Dozens of organizations from both the public and private sectors have joined the project, and so have law-enforcement agencies from countries all over the world. The number of decryption utilities available for free download has increased almost tenfold, and those utilities have helped decrypt files on tens of thousands of devices, saving their owners millions of dollars. 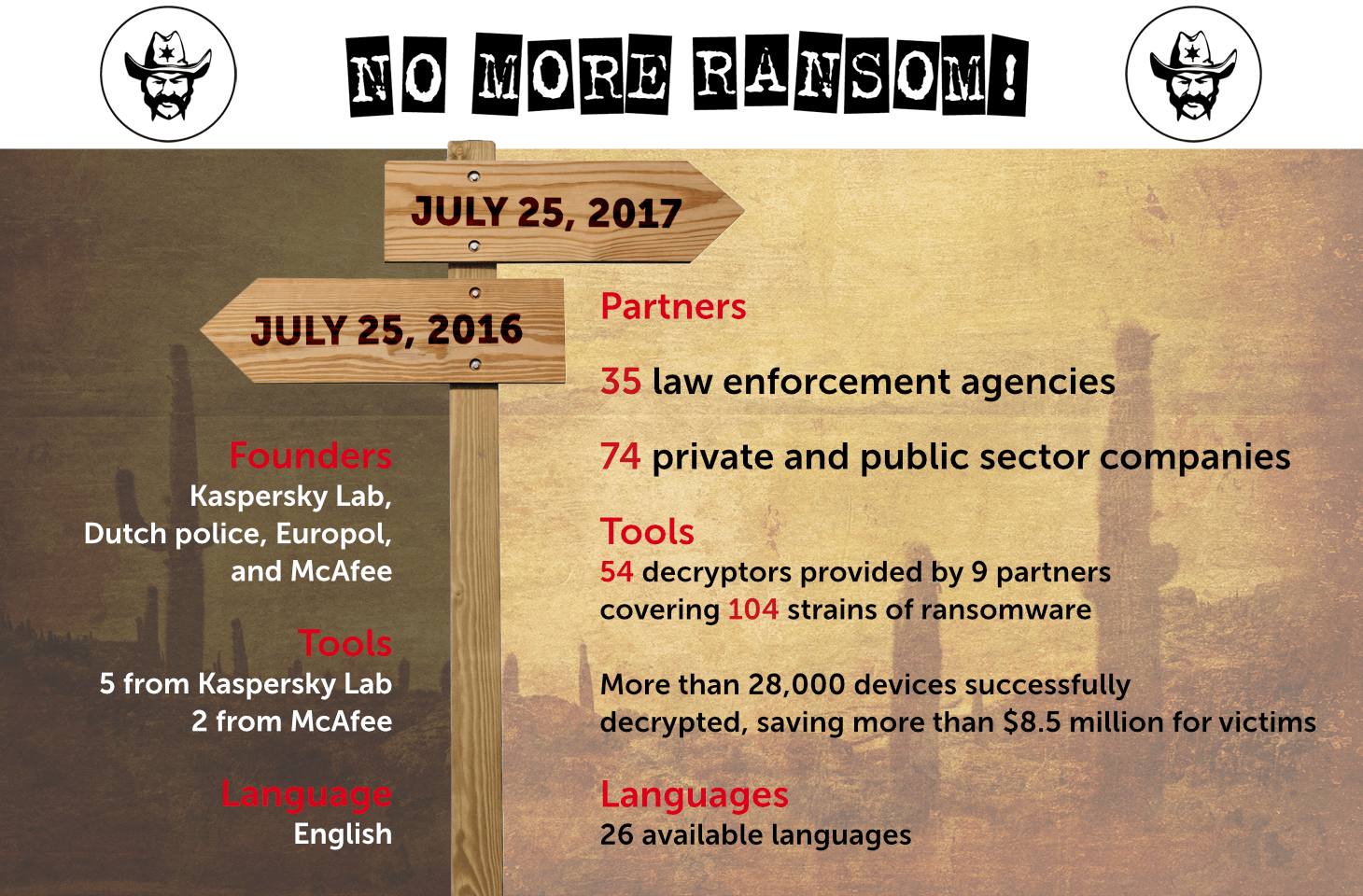 Epidemics such as WannaCry and ExPetr demonstrate that ransomware remains one of biggest cyberthreats to the world — and the scale of infection has increased significantly, so more than ever we need to collaborate and collectively shield against it. That’s why ‘No More Ransom’ has been translated into an additional 12 languages, adding to the already available 14. Also, partners will continue to add new decryptors for the different strains of ransomware.

We hope that NoMoreRansom.org will become everyone’s first stop in their struggle against ransomware, and that sometime soon our joint forces will help eliminate the threat, making ransomware just a bad memory.

Twenty years’ worth of the most important events in the cybersecurity industry and Kaspersky Lab’s history.