School is out for summer, which means the kids are home and someone is going to have to pay at least a little attention to what they’re up to. Whether they’re running around outside or inside playing video games, on the computer, or watching TV, some degree of adult or sibling supervision is probably necessary. We can’t keep your kid from falling out the neighbor’s tree, but we may be of service when it comes to your kids being online or interacting with the Internet in some other way. 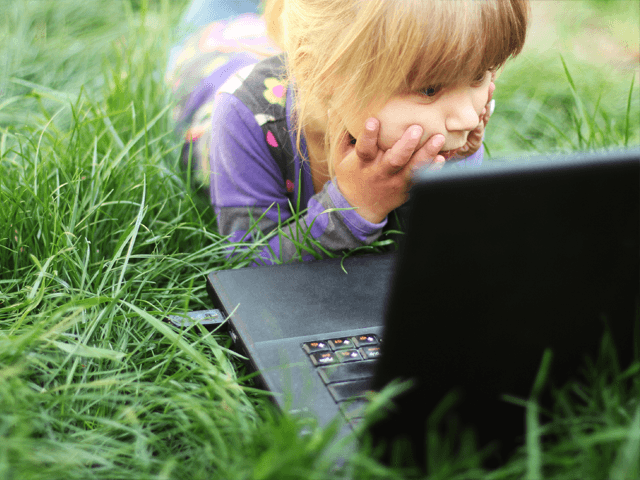 We definitely aren’t going to sit here and recommend you plop an iPad in front of your kids and just let them sit around on the Internet all day. However, with the right tools, you can let technology handle some of the electronic supervision duties, perhaps allowing a portion of the kids’ online time to become a brief respite for parents.

While cyber and traditional bullying – the consequences of which are known to reach deep into adulthood – are a serious concern, you also need to worry about the security of the devices you’re letting your kids use.

The new and more intuitive parental control feature in the new, 2015 version of Kaspersky Internet Security puts parents in charge of their children’s Internet use. It gives parents the ability to limit the time their children spend using the Internet. I think we can all agree that most kids are probably spending too much time playing video games. The time limitation functions built into Kaspersky Internet Security is one way to force kids to get up and out of their chairs and go outside (or, at the very least, keep the kids from staring at a computer screen all day).

Kaspersky Internet Security also gives parent the ability to block access to inappropriate sites and games, and prevent personal data from being shared with third parties. Websites and games are divided into categories, based on content and the child’s age. Parents can also easily view detailed reports on what their children have been doing online. This monitoring works even on encrypted (HTTPS) sites, which is particularly important as sites like Facebook, Google, and others are increasingly encrypting every byte of their communication with users.

Furthermore, time limitations, behavioral reports, and content blocking could be incredibly helpful in limiting your children’s exposure to or involvement in bullying.

Protecting Your Computer – From Your Kids and the Internet

While cyberbullying and traditional bullying – the consequences of which are known to continue into adulthood – are a serious concern, you also need to worry about the security of the devices you’re letting your kids use. Kids lack judgment. Kids also don’t read Kaspersky Daily. The core malware, crypto-malware, and exploit prevention protections in Kaspersky Internet Security provide a robust defense against a wide variety of online threats, including those that would surreptitiously turn on webcams.

More specifically, kids are far more susceptible to scams and phishing attacks than adults. Phishing is not limited to websites and email either; scammers have adapted their phishing schemes to target users in online games, on social networks, and in chat services as well. Kaspersky Lab’s Anti-Phishing Protection analyzes each encountered URL to determine if the website is a fake, created to steal users-credentials and other information. First, the URL is checked with the anti-phishing database, then with Kaspersky Security Network, and finally examined with a heuristic analyzer using over 200 metrics. If the page is identified as a phishing site, the anti-phishing module immediately blocks it.

Of course, some kids stay constantly connected to the Internet via smartphones and other mobile devices. These little computers that live in our pockets carry nearly as much sensitive information as our traditional computers and face nearly as many threats. Beyond that, the risk of losing your mobile device is much higher than that of a laptop or a traditional computer. Luckily, many of the same protections from Kaspersky’s desktop offerings are also available in their mobile products, particularly to Android users running Kaspersky Internet Security for Android.

Kaspersky’s free Safe Browser for Apple’s iOS and Microsoft’s Windows Phone operating systems blocks links to phishing sites and other Web-based resources that can be dangerous to users. The app can also filter content according to user-selected criteria based on 17 pre-defined content-filtering categories. As a result, consumers can automatically block inappropriate websites, material containing violence or profanity, gaming sites, social networks, chats, forums and more, again giving parents more control over what their children are exposed to online.

Some tips for keeping kids safe when they’re using the Internet this summer: