An agenda-packed conference with bright minds and eager speakers paired with an equally excited audience set the stage for Kaspersky Lab’s first annual Cybersecurity Government Forum in Washington, D.C. on Tuesday, June 4th.  The overarching conversation related to cybersecurity trends and what America (and other nations) should do to protect itself and its critical infrastructures. 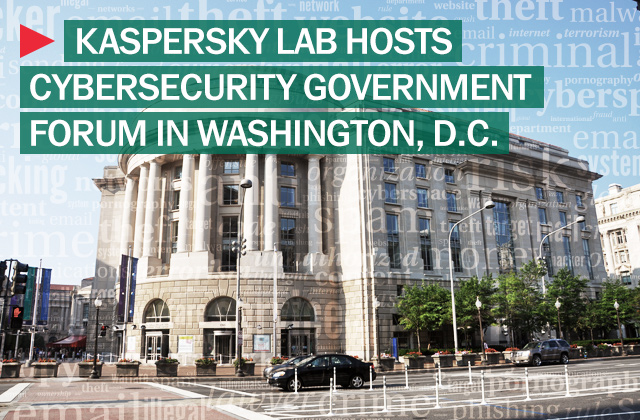 The speaker list was stacked with IT security professionals, representing the U.S. government, INTERPOL, private-sector companies as well as Kaspersky Lab experts. After a warm welcome from Phil Bond, of Petrizzo Bond, Inc. and Steve Orenberg, President of Kaspersky Lab, Americas, General Michael Hayden spoke as the keynote and discussed what he sees as the current issues the U.S. (and global) government faces today. When talking about the “sinners” in today’s cyber realm, Hayden said, “The group that really worries me is the hacktivists (Lulzsec, Anonymous, etc). We don’t know what they want. They don’t know what they want.” 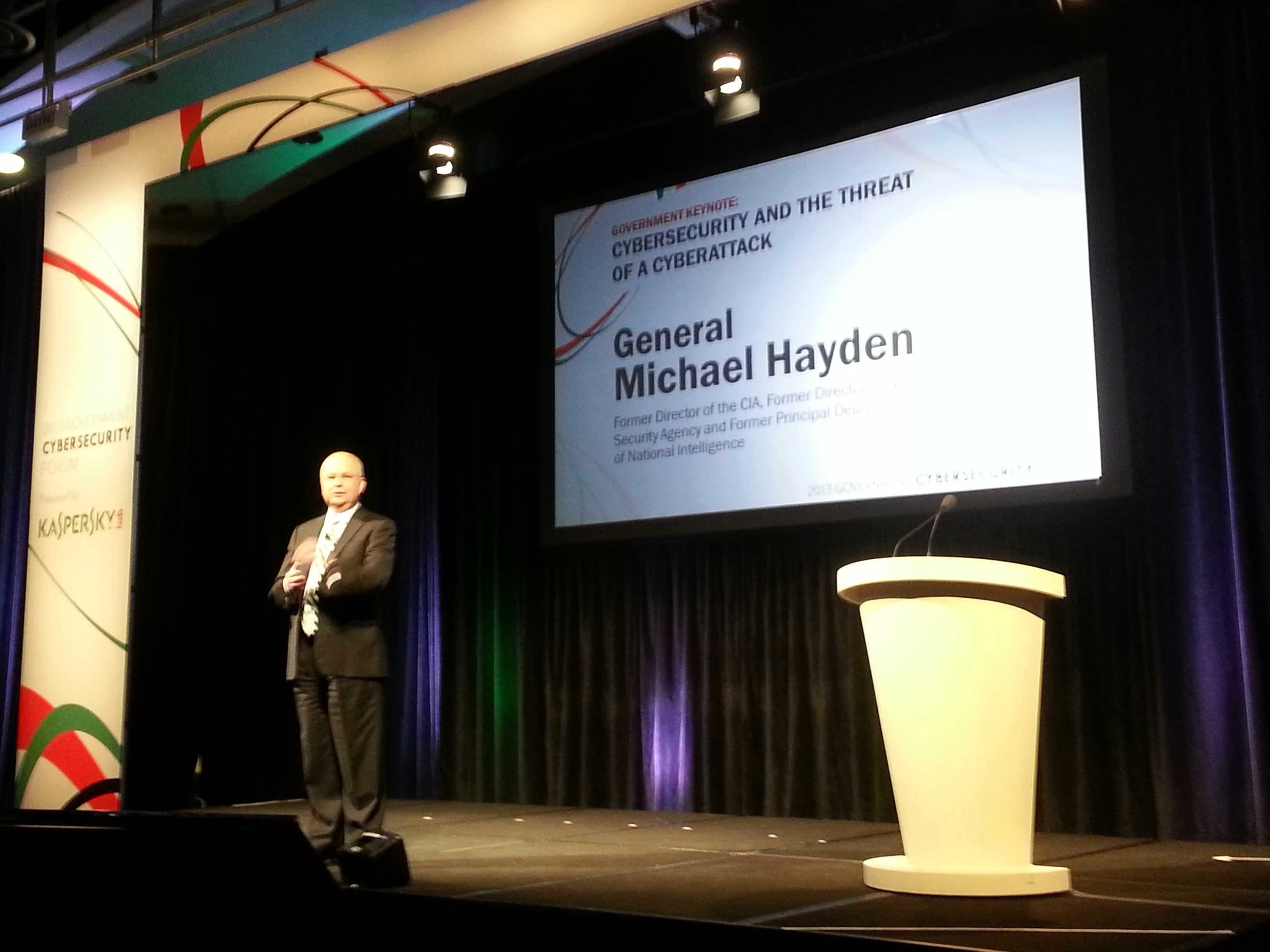 Governments have centuries of experience in the other domains, but we are new to the cyber domain.

Kaspersky Lab’s Director of the Global Research and Analysis Team, Costin Raiu, followed General Hayden and presented new research from Kaspersky Lab, referred to as NetTraveler, which you can learn more about on SecureList. In summary, a new global malware campaign affected 350 high-profile targets in 40 different countries.

Larry Zelvin, Director, National Cybersecurity and Communications Integration Center, U.S. Department of Homeland Security,  John Pescatore, Director of Emerging Security Trends, SANS and Costin Raiu joined moderator, Byron Acohido, to discuss APTs and how governments and organizations can protect against such attacks. The conversation included a discussion about hacking back and whether or not organizations should adopt this practice. Zelvin equated hacking back to the popular children’s game of “whack-a-mole” and concluded that it isn’t a realistic solution. 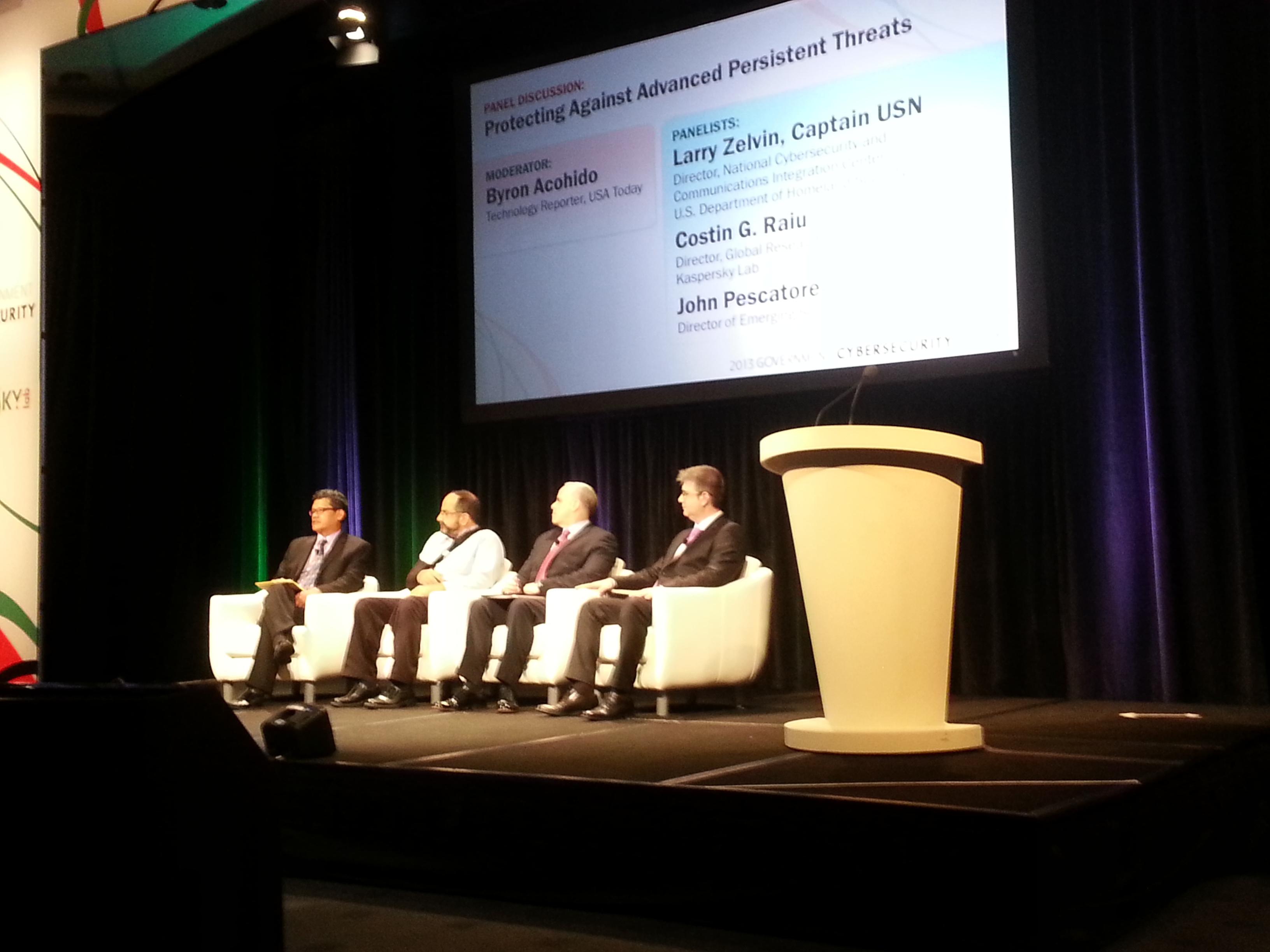 The panel discussion was followed by a keynote from Secretary General, INTERPOL, Ronald Noble. Noble discussed the advances INTERPOL has made to crack down on cybercrime and discussed the partnership with Kaspersky Lab as a part of this effort.

The day was rounded out with a great panel discussion with Tom Corcoran, Jim Jaeger and Steve Winterfeld, moderated by John Reed, in which they discussed critical infrastructure and whether or not it can actually be protected. The consensus seemed to be that right now, governments cannot fully protect critical infrastructure, but with time and increased information sharing and collaboration, there is the promise to be able to do so.

An attack on critical infrastructure will happen before something is done about the issue.

Finally, Eugene Kaspersky and Howard Schmidt joined Phil Bond for a chat about global IT security. Kaspersky and Schmidt agreed that governments and companies need to stop talking about cybersecurity and implementing law, and just execute. They do believe that an attack on critical infrastructure will happen before something is done about the issue, but both are optimistic that we have the capabilities to protect critical infrastructure in the future. 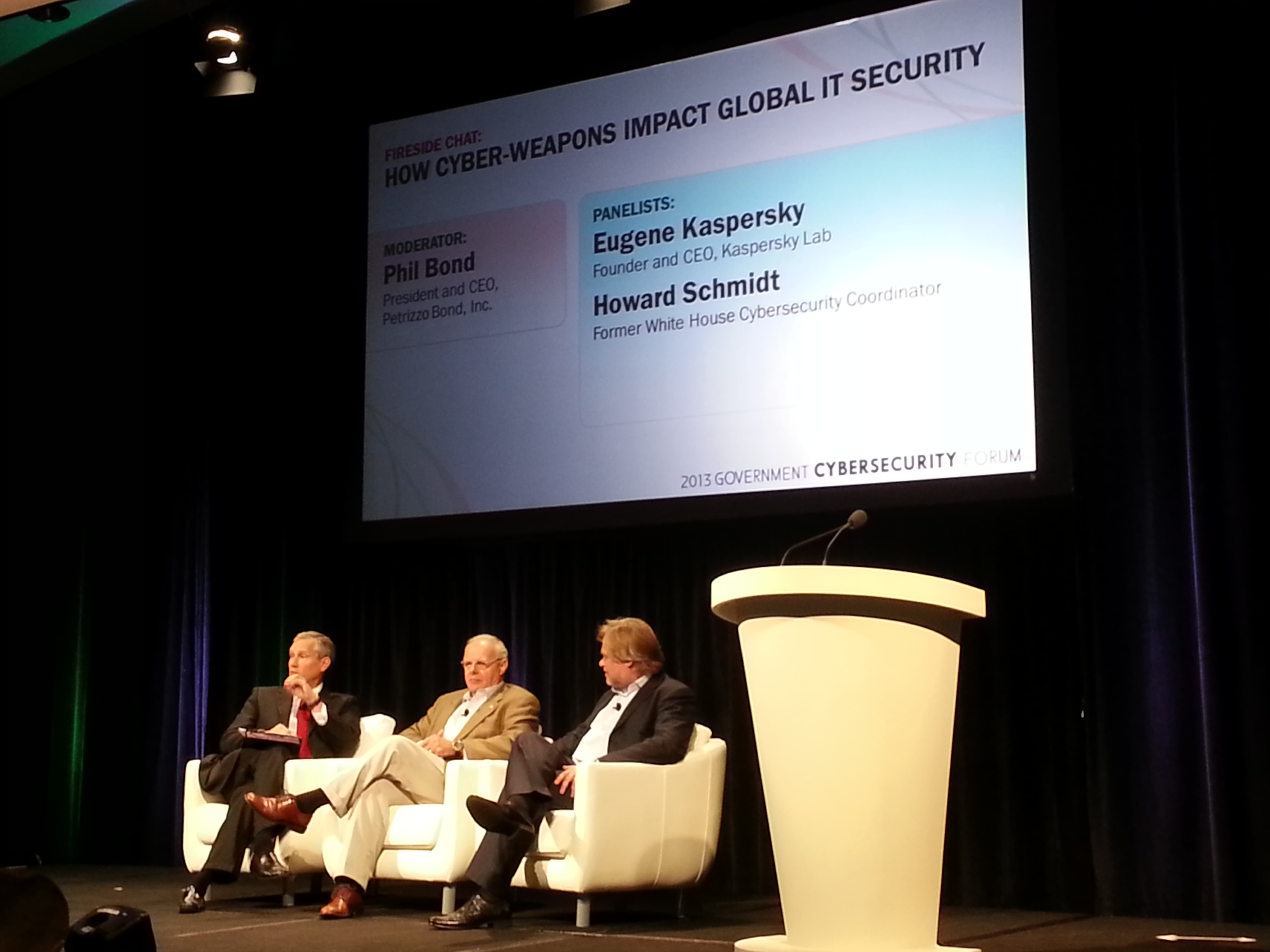 To check out all of the Tweets, posts and pictures from the event, please visit the story on Storify.

Today it’s difficult to imagine our lives without the Internet. The Internet gives access to modern music, new movies and videos, educational dictionaries, encyclopedias and articles. Children around the world