Most energy efficient smartphones are either in the past or somewhere off in the future. Today, both iPhones and Androids drain their batteries faster than the average human could learn how to spell this word:

#Password #hints from around the world – this is a real word & it has a meaning http://t.co/95aiNsiisd #Kaspersky pic.twitter.com/gLRtyaJA7v

This is a real word in Afrikaans meaning: “a media conference’s announcement at a press release regarding the convener’s speech at a secondhand car dealership union’s strike meeting.” Congratulations on joining our club of anonymous people unable to read Afrikaaan. But let’s return to the point.

The reason why the iPhone’s battery drains so quickly is very simple: by default, iOS is tuned to give you the best performance — graphics, speed, usability and the contextual abilities of the apps (most of which could not care less about energy efficiency). Frankly, app developers were obviously not supposed to think about the battery at all. But you care and so do we, for a very simple reason – power efficiency is part of mobile security. 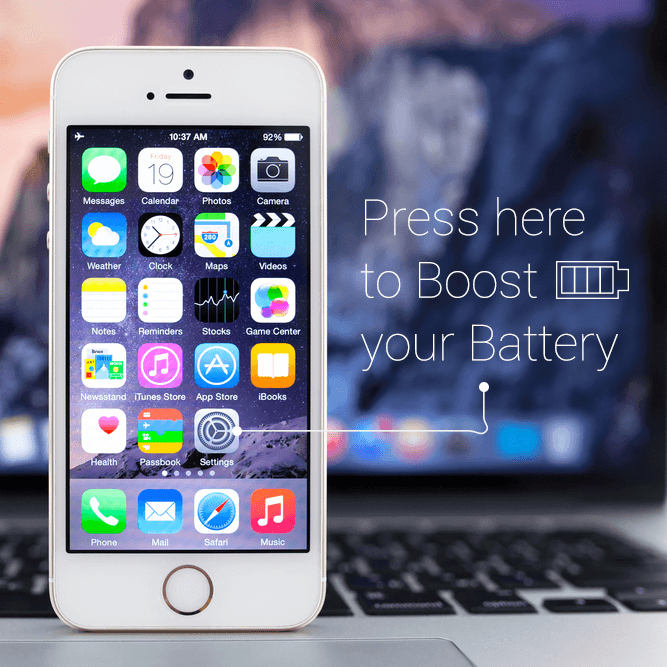 By default, screen brightness is set at 100% or in Auto-mode (which is pretty much the same thing). It may be a piece of subjective advice, but it works. Go to Settings -> Display and Brightness in the menu. Switch off the “auto-brightness” mode and set the manual value to approximately 30% of the maximum. Then switch your iPhone off for 5-10 minutes. Next time you turn it on, you probably won’t even feel the difference. But, your battery will!

When you turn on your brand new iPhone for the first time (as well as every time you install a critical update or reboot the system), iOS automatically turns on Bluetooth. Why they decided to do it this way is a complete mystery, but long story short – if you’re not using a BT head-set or an in-car system on a regular basis, you’ll want to switch BT off.

3. “Flight mode” is valuable even off of an airplane

When your iPhone doesn’t see a cellular network it does everything (and I mean everything) to make contact with any form of cellular life in the universe. The problem is that when there are no base stations in the proximity of your iPhone, the process of searching for those towers consumes energy, as if your iPhone was Tony Stark’s outfit. By switching to “Flight mode” in the areas where you know for sure there’s no cellular coverage (subways, countryside, etc.) – you could significantly increase your phone’s battery life.

By disabling real-time location services and push notifications for most of the apps i started to feel like my iPhone battery doubled:)

However, most apps actually do not require this level of access in the background. Make sure that you actually want them to do so. Go to Settings -> Privacy ->Location Services and provide real-time access only to those apps that you really use and trust. The reason for this is simple: gathering your coordinates is a very energy-consuming process, not to mention the fact that this data may, in some cases, be stolen and used by cybercriminals when your guard is down, like if you’re using public WiFi with no encryption.

5. WiFi consumes less than LTE/3G – what does this tell us?

Actually, LTE/3G data traffic is the main energy “vampire,” especially in overcrowded parts of huge cities. The math is very easy – if you use WiFi networks instead of LTE/3G (by connecting to known networks at work, home, cafés etc.), you will immediately see a boost in your battery. Turning off LTE and sticking solely to 3G can provide your phone with an additional boost as well. This could cause total madness in everyday life (considering that LTE is basically the reason we’re using smartphones today to begin with), but if you’re travelling and are unsure when you’ll actually have a chance to get some juice for your iPhone – this trick is worth remembering.

6. Fetching email data in real-time. Do you need it? Really?

It’s awesome to get e-mails from Australia while in New York just a second after they were sent. But the need for the continuity of this process is over exaggerated. Okay, maybe it’s not, but considering the state of current energy cell tech it’s simply nice to have, but not a must!

Long story short — there’s about 10 minutes per day when you’re truly in need of fetching new emails on your iPhone (not to be confused with reading). Which means — let’s go to Settings -> Mail, Contacts, Calendars -> and switch “Fetch new data” to Push or Manual instead of “Fetch.” Your battery will feel the difference.

7. Some apps still consume in the background. Kill ’em!

Press the “home” button 2 times. Now you’re in the task manager and can see all of the apps that are technically running in the background. Swipe left and right and left, and… oh my gosh, do you see this? So many apps! Swipe them up one by one and put the iPhone away before someone sees you.

8. Automatic downloads are turned on. What if we change that?

Seriously, when you buy the new Star Wars bundle (and we all know that the minute Star Wars VII hits the screen, most of us will have no choice but to buy all 7 again), you probably don’t need it right away, downloaded via LTE. Real-time downloads are actually only relevant to one type of need — critical system updates in the case of security breaches.

Those do not happen every day with iPhones and Kaspersky Lab’s folks know that for sure. When truly insane things happen, it’s all over the place — TV, Twitter, YouTube, blogs, media, etc. Essentially, you’ll know when the world (of iPhones) could be on the edge of extinction without updating your device ASAP. Until this happens, switch auto-downloads to off, and relax. iTunes will notify you the next time you synchronize your iPhone with your laptop.

9. Refreshing apps? It’s not for everybody!

Without much further adieu, go to Settings -> General -> Background App Refresh, and start the cleansing! By this I mean double and triple check the list of apps that you’re allowing to perform background updates even when they are not launched and active. My piece of advice: kill them all. Leave only those that you’re truly using every day.

Apple permits iOS app developers to embed an ability to send its users critical notifications about any number of things. Go to Settings -> Notifications and behold- the list.

Push notifications should be permitted only for the apps that are in charge of communication, are related to security or are OS-embedded and critical for consistency. All of the rest can be, and should be, disabled. In the future they will not call it murder; they will call it retirement.

If you are doing all of the things described in this post, then you are a true guru! We invite you into our club. In this closed private community, together with Kaspersky lab experts, we discuss the future of the Galaxy, unique innovations and amazing breakthroughs in the field of counter-cybercrime and anti-hacking done by the GReAT Team. We also share information about future products long before they hit the shelves. 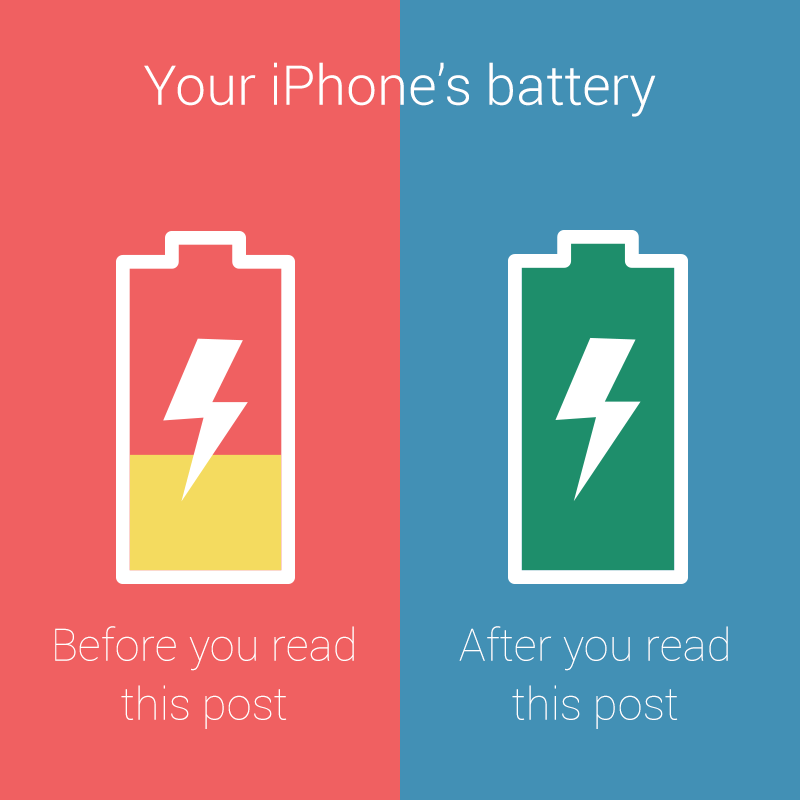 Lots of people consider mobile devices to be “the same as traditional computers, but smaller.” Kaspersky Lab is different — we perceive smartphones and tablets as keys to people’s digital identities. They are always in your pocket, they know GPS-coordinates, they have access to personal data, pictures, videos and files and they provide access to this data in numerous apps. In a way, they basically own this data.

It means that mobile security is not just a state of technology, but is rather a process. Checking apps for malware and making sure websites do not contain phishing links is not sufficient unless you do everything possible to ensure a user’s data privacy and secure access to this data. 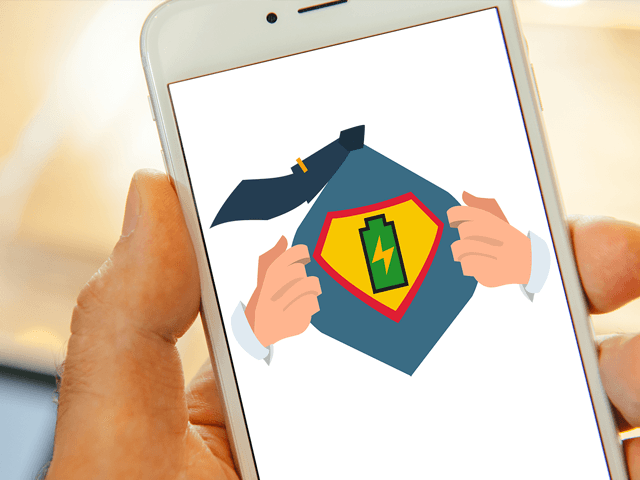 This article may seem focused around saving your battery’s life, but in reality I actually wanted you to explore numerous settings on your mobile device, especially those in charge of data rights management, so that you can see for yourself that there is a thin line between privacy and how long your battery can last. Our goal is to make sure that you are in control of your digital identity. Own your data before it owns you.

How to back up an authenticator app

The first five victims of Stuxnet were deliberately selected by the attackers and allowed to execute an attack on the uranium enrichment plant in Netenz.