The world has been up in arms about the expansive and invasive reach of the U.S. government’s National Security Agency (NSA) ever since the world was introduced to Edward Snowden and his unending leak of thousands of classified documents detailing that organization’s ongoing surveillance of citizens and governments across the globe. 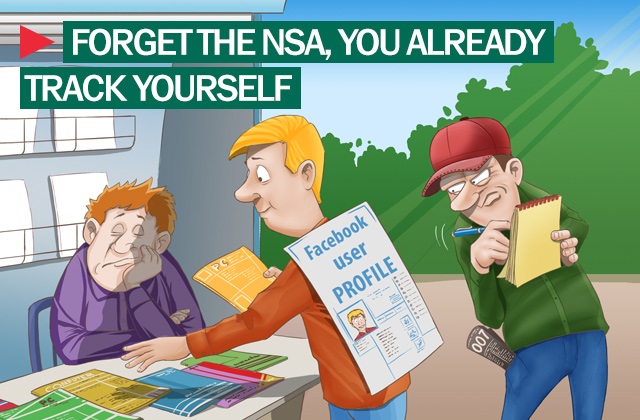 But it doesn’t take NSA-style eavesdropping and probing to create detailed profiles of individuals these days. That’s because the information that we readily offer up about ourselves — both knowingly and unknowingly — makes it easy for any enterprising web user to know a lot about us, even to predict where and when we’ll be in a given physical location.

An app developed at University of California, Berkeley, in conjunction with the International Computer Science Institute drives home this reality, showing how your postings on social media can be used to track your physical movements. The Ready or Not? App uses the publicly available GPS data from Twitter and Instagram posts to create a map of where you post from and when you post from there. 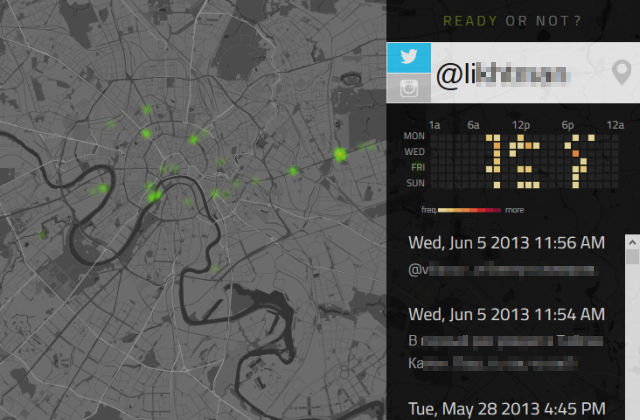 As we’ve pointed out before, such geolocational data that users love to share with friends and followers exposes them to a variety of dangers, from exposing their home addresses, having their homes broken into while their elsewhere and potentially exposing children to predators. The risk to children is especially great because, since younger users tend to readily share more personal data on social media and because teens are — as they have always been — prone to taking greater risks and having fewer concerns about repercussions. And while Ready or Not? focuses on Twitter and Instagram, similar geolocational tagging features offered by other social media sites and apps including Facebook and Foursquare create similar risks.

The Ready or Not? app is part of a website that is intended to educate users, particularly younger users, about the risks of communicating and sharing data on the web. It includes ten principles for social media privacy and details what happens to personal information once it is online and how can be used maliciously. Those principles include the loss of anonymity on the web and the loss of control over any piece of data once it is posted online.

The best way for users to mitigate the risk of having their physical location tracked is to deactivate the gelocation functionalities included in Instagram and Facebook and, if they have Foursquare, to not link it to their Twitter accounts.

The best way for users to mitigate the risk of having their physical location tracked is to deactivate the gelocation functionalities included in Instagram and Facebook and, if they have Foursquare, to not link it to their Twitter accounts. And parents should have continuing discussions with their children about their social media activity and the importance of never sharing their location in posts or status updates.

Samsung, maker of handsets and all devices tech-related, has created a secure Android environment called Knox, which aims to resolve the laundry list of security problems facing IT teams as