With the continuous advancements made in technology, our online experiences are becoming more streamlined and seemingly user friendly. We no longer require stationary desktop computers to access the Internet, but instead can reach the web through our laptops, smartphones, tablets and now, televisions. Smart TVs are one of the latest additions to the family of fun gadgets millions of people have their eyes on, but are they secure? A recent report from Germany’s computer magazine, c’t, has us saying no. 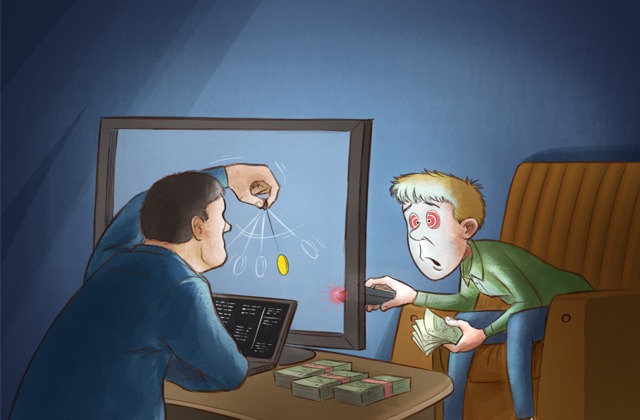 In January 2014, c’t took a deeper dive into the safety of smart TVs by inspecting the televisions of major manufactures including LG, Samsung and Philips. Journalists from the magazine were able to crack into the devices by messing with their SSL certificates. SSL certificates act as digital signatures and oversee the security protocol of Internet sessions, working as the overarching management system of sessions for HTTPS web addresses, requiring the use of encryption to transmit messages to and from the server.

By generating and signing their own certificates, c’t journalists were able to exploit the systems and intercept data from apps on the televisions because those given TVs never verified whether or not the certificates came from a trusted source. Once they were inside, journalists listened in on browsing sessions and HTTPS traffic to gain access to personal data, like usernames and passwords. The magazine reached out to each company whose devices they had exploited, and the given companies did promise to release updates to their firmware to increase security measures.

This isn’t the first time we’ve heard about smart TVs failing to provide security to its users though. In December we warned you about an incident in which a UK based developer learned his LG Smart TV was unknowingly tracking him to collect personal information. And just last year, researchers from iSEC Partners discovered a flaw in Samsung smart TVs that allowed the camera to be remotely activated. But what do these weaknesses mean for you and your own device?

Even though one of the major selling points of smart TVs is the fact that they offer users access to the Internet, that’s also one of their downfalls. Given their recent appearance to the digital device scene, they’re not yet protected robustly enough, and therefor present a risk to those who are using them to go online. Our best recommendation would be to avoid using the Internet altogether on them until they are better protected, but if you’re going to, then browse carefully:

As Smart TVs become the norm amongst television watchers, their security is bound to improve. With vigilance and smart browsing habits you should be okay to enjoy your device for now, however, until more security is offered , it’s up to you to ensure your safety while using them.

Who to trust: Different types of SSL certificates

Why you should be careful with browser extensions

Tip of the Week: How To Enable A Reputation Check?

Valentine’s Day is a holiday that triggers a massive spree of spam.  As the holiday approaches, mailboxes are packed with romantic ads of all sorts. “Anti-Spam will protect me from