Biometric identification — using unique physical attributes such as fingerprints to authenticate people — has been considered secure for a long time. As such, the technology is very appealing to banks and bank users, which together make up a gigantic target for cybercriminals. 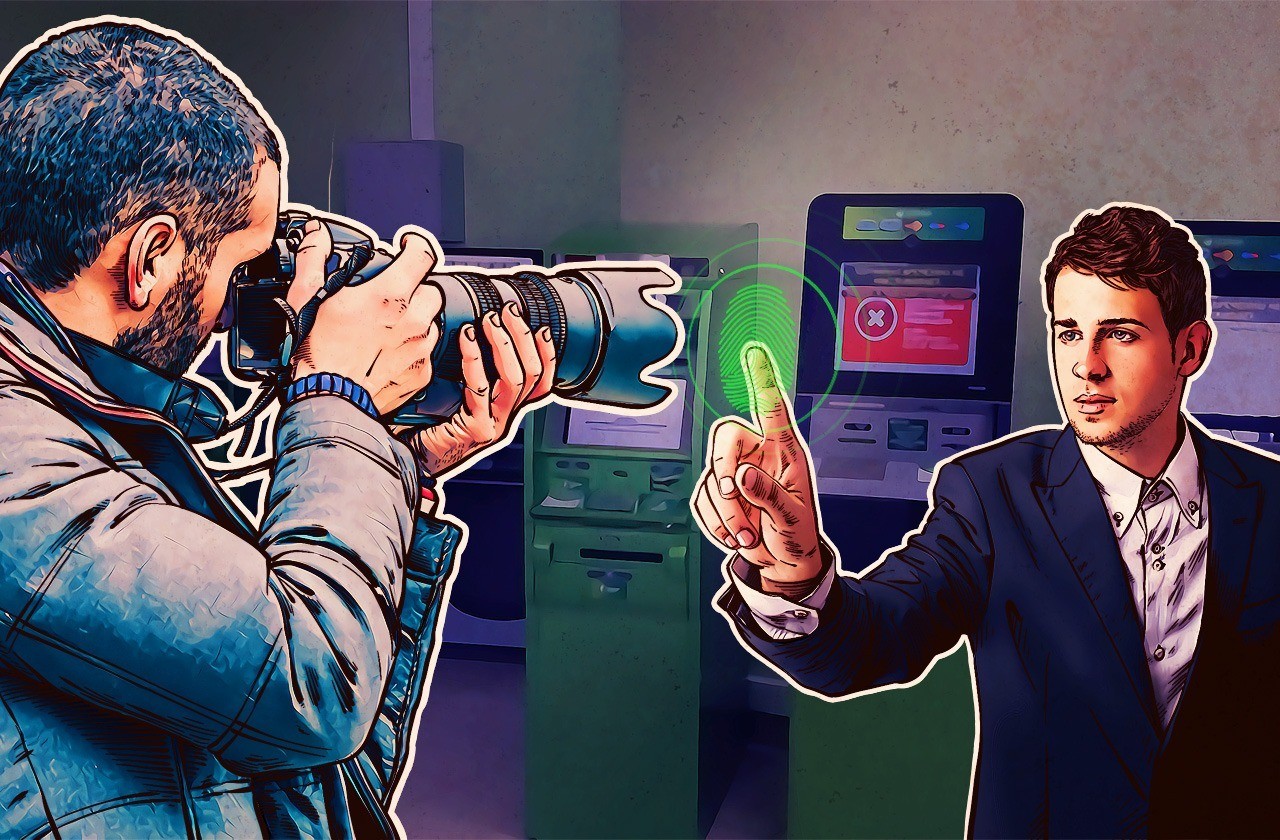 In fact, many banks are already testing new ATMs with biometric access — or have plans to do so soon.

On the institutional side, the great advantage of such methods as iris scanning or vein matching is that they decrease false reject (type I) and false accept (type II) rate errors. Users like biometrics because the technology works fast and frees them from dealing with passwords and other secret codes.

Unfortunately, fingerprint-scanning technology is both massively widespread and not as reliable as it should be. For example, users of both iOS and Android devices regularly complain that their gadgets refuse to unlock for authorized users — or that they let in other people.

Biometric ATMs are not yet implemented anywhere, but our security experts Olga Kochetova and Alexey Osipov have already discovered more than a dozen underground developers selling biometric skimmers on the black market. These devices are meant to steal scanned fingerprints.

Other underground developers are looking to make devices that can intercept the results of iris scanning and vein matching. Moreover, using skimmers is not the only way to steal biometric data. Man-in-the-middle attacks and similar methods will be just as effective with biometric credentials as they are now with usernames and passwords.

Of course, criminals also hack servers with users’ data, regardless of the form of that data.
Consider that this year Dropbox lost data from about 60 million accounts, and later Yahoo acknowledged the leak of 500 million — and those are just two examples of many.

Now, imagine that instead of passwords those companies had lost their users’ biometric data. Changing passwords may be annoying, but you can’t replace your DNA.

In addition, with the help of biometric skimmers, criminals can use raw data to craft a counterfeit login sample. Banks will need to work out security standards very thoroughly before they launch biometric ATMs.

The use of biometrics began with governments, security forces, and the defense industry. In these fields biometrics proved reliable, primarily because the institutions could afford expensive, first-class equipment.

With widespread adoption of biometrics, however, we have seen its amazing security slip. The technology’s popularity is actually a major contributing factor to this slide, for two reasons. First, security specification standards for consumer goods are lower than they are in mission-critical implementations. Second, a broad field of easily obtainable gadgets gives criminals a huge test bed of consumer devices to experiment with and find more and more vulnerabilities — for their own benefit, of course. The rapid development of 3D printing has also contributed to biometrics’ vulnerability.

Last year people installed about 6 million mobile apps that supported fingerprint authentication. According to Juniper Research, by 2019 humanity will use about 770 million such apps. By that time, biometric authentication will be commonplace. Other experts are even more optimistic: Acuity Market Intelligence believes that by 2020, 2.5 billion people will use 4.8 billion biometric devices.

Hope — and recommendations — for the future

Fortunately, biometric data is not stored as is: A server receives only hashed scanning results, making outright theft a less-attractive option. Nonetheless, criminals can still use methods such as the abovementioned man-in-the-middle attack, inserting themselves into the data transfer channel between an ATM and a processing center to steal users’ money.

Ultimately, banks and users will need to continue to employ stringent security measures against breaches of traditional logins as well as adding protection from biometric fraud. On the business side, that includes improving ATM design so as to prevent the installation of skimmers, as well as establishing and maintaining control over the security of ATM hardware and software.

As for biometric identification technology in general, for now we recommend everybody use it as a secondary protection method that complements other security measures, but does not replace them completely.

Three months in, we report on the development of No More Ransom and the goals we’ve already achieved.