Though the number of high-profile announcements decreases with each passing year, one can still find lots of innovative gadgets at Mobile World Congress. We spent a few days at the event gawking at phones, watches and other crazy gadgets, holding them in hands and using most of them. Now we are ready to tell you about the most interesting devices from MWC 2015. 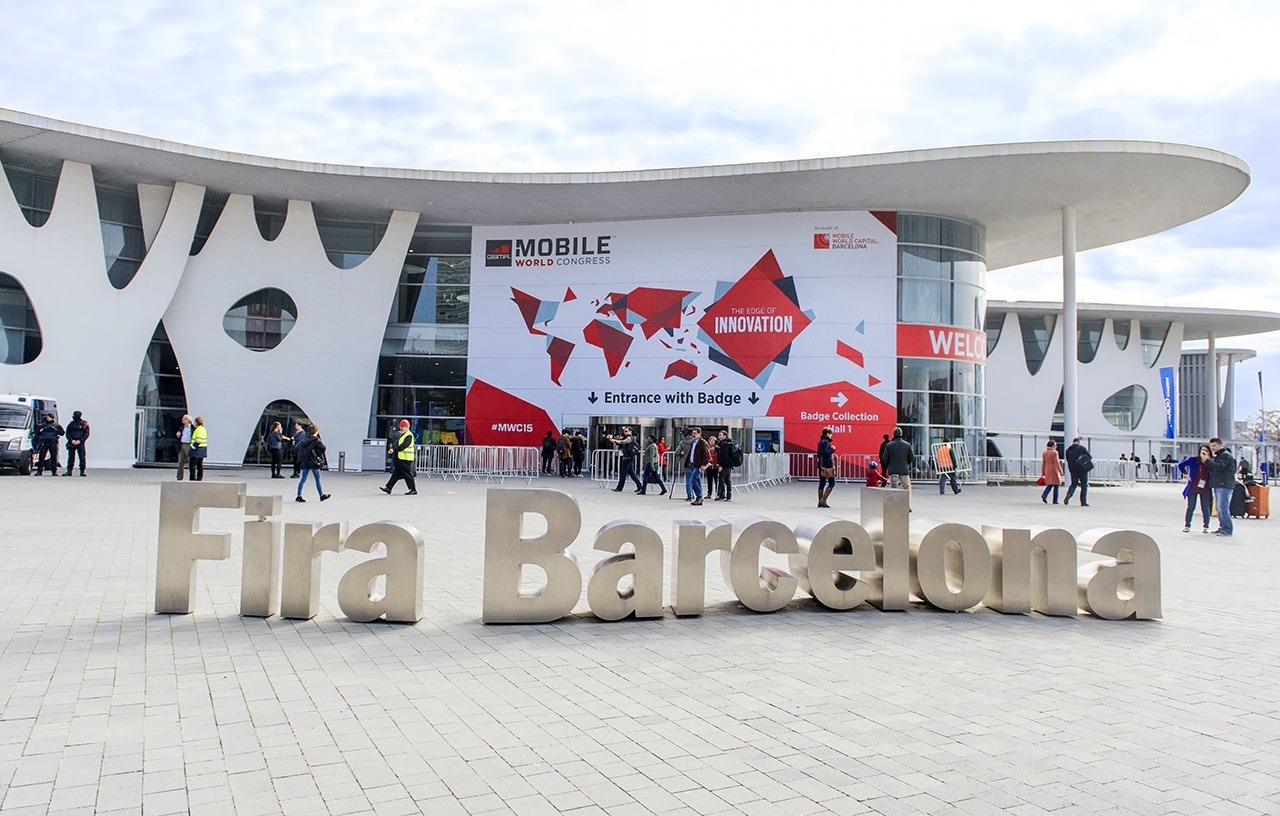 It was refreshing to see the new Samsung flagship models made entirely of metal and glass with no plastic at all — for the first time since the birth of Galaxy S lineup! Their look-n-feel differs from older Galaxy devices significantly. On top of that Galaxy S6 Edge, the premium brother of the flagship Galaxy S6 model, has a curved screen. This design feature was added purely to amaze: there is little practical use, but it looks really futuristic.

The hardware is also completely new. For several years Samsung used to install Qualcomm Snapdragon chipsets in the majority of its phones. Samsung Exynos was integrated only into the phones, produced for some local markets. Now everything has changed and Galaxy S6 and S6 Edge models are equipped with the latest 64 bit chipset Exynos that is produced in the company’s own plants with state-of-the-art semiconductor technology.

Samsung can’t help but invest in its cameras: a 16 Mp rear camera with optical image stabilization and a 5 Mp front camera, both with f/1.9. It’s quite possible that it will be significantly easier to take good photos in bad lighting conditions with S6 than with any other modern smartphone.

With a new fingerprint sensor in the home button, the smartphone does not require a swipe anymore, all you need is to touch the sensor — just like in the iPhone. Samsung has also integrated support for Samsung Pay technology for contactless payments.

What’s bad: both S6 and S6 edges have unremovable batteries. Waterproofing and microSD slots are no longer supported either. The quad HD (2560×1440) display resolution seems blatantly excessive as the diagonal is only 5,1 inch. Nevertheless, both new Samsung’s smartphones are really impressive.

The last year HTC flagship model One M8 was very good: a stylish, powerful phone with a high-quality display and the best built-in speakers. The main disadvantage of the model was the camera which worked on the UltraPixel technology (and fell behind the competitors in terms of quality). Designing new One M9, HTC solved this mistake: the phone has been equipped with a good 20 Mp back camera. UltraPixel technology has moved to the front camera where it is quite suitable.

HTC One M9 Preview: A battle between polish and progress http://t.co/5YamGKTuBt pic.twitter.com/rnzu8CPMP1

The combination of the octa-core Qualcomm Snapdragon 810 processor and a 5-inch display with 1920×1080 resolution makes us think that the smartphone will work very fast. At least when the manufacturer solves issues with overheating.

The One 8 has a recognizable and widely appreciated design thus while developing One 9 model HTC just tuned its appearance a little bit.

HTC has also presented a virtual reality headset, the result of a co-development with Valve. HTC Vive is equipped with numerous sensors that monitor users movements and looks quite impressive.

Unfortunately, we were unable to give it a try: it was available for testing only for those who have received an exclusive invitation. The guys from BBC were luckier; you can read their detailed review.

HANDS ON: @SonyXperiaGB has done a great job with the Xperia Z4 Tablet. http://t.co/x4JASifevn pic.twitter.com/P396McPRsT

If you are in need of even more memory space on your device and all existing SD cards do not satisfy your demands, this news is for you: Sandisk has presented its new 200 Gb microSD card.

SanDisk found a way to stuff 200GB into a microSD card http://t.co/ymg66tUndu pic.twitter.com/bO2lcqHyqf

Unfortunately, you won’t be able to use it with a new Samsung flagship phone, but those who are waiting for HTC One M9 may be luckier. But be prepared to pay about $2 for each of two hundred gigabytes.

New smart watches from LG were presented at MWC 2015, both with fancy circular displays. The Watch Urbane model works under the control of standard Android Wear OS, while the LG Watch Urbane LTE model has adopted an interesting innovation: these are the first watches in the world that support 4G.

In fact, the Watch Urbane LTE model is a real smartphone based on WebOS that you can wear on your wrist. The watches are equipped with a microphone, speakers and an RF module, so you can use them to make calls or surf the web without another smartphone at all. Of course, the small display in some way limits the benefits of this feature. The battery capacity is good: 700 mAh, that’s why the gadget will work long enough.

Huawei also presented new smart watches with a circular display that look very good in terms of design. But we got even more interested in another device called the TalkBand B2 that is a hybrid of a fitness tracker and a Bluetooth headset. The device can monitor your daily activity, count the number of steps and consumed calories; besides, you can extract the ‘smart part’ of the device from the band and use it as a traditional Bluetooth headset.

That’s it for today. In the next post devoted to Mobile World Congress 2015 we are going to tell you about the main IT security trends that we noted at the event. Stay tuned!

Protect Your Kids From Cyberbullying

Cyberbullying is one of the unpleasant effects of hyper-socialization that the Internet as a whole – and social networks in particular – bring us. Learn how to protect your children from it.