Renowned mountaineer Olga Rumyantseva has started her first ascent of the Kaspersky 7 Volcanoes expedition. Olga is set to solo-climb the highest volcano on each continent and a week ago the Antarctic phase of her adventure began. Mount Sidley, with a summit elevation of 4,181–4,285 meters, is the highest and most imposing of the five volcanic mountains that comprise the Executive Committee Range of Marie Byrd Land. Now, as we read this in the warmth and comfort of our homes, Olga is probably on the final stretch to the summit of the volcano. 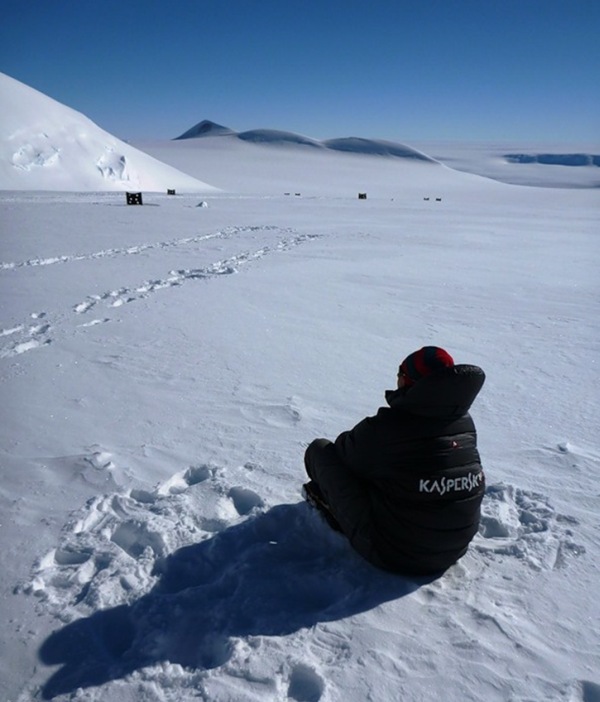 Olga will provide a detailed report about her ascent once she is in a more hospitable environment. For now we can only sum up what she has told us in a series of snatched telephone calls over the last few days.

The most difficult thing about the Sidley expedition is getting to the base of the mountain. And getting lucky with the weather.

Any Antarctic expedition begins at the Union Glacier Camp from which travelers are transported to the starting point of their route by air. There are charter flights to the Pole or the Vinson Massif several times a week, so those place have good runways (by local standards, of course). The only flight to Sidley was two years ago and the pilots don’t know where to land, so they need excellent visibility.

There’s another major difficulty. There are three aircraft here – one big one capable of carrying 25 passengers for long distances, and two smaller ones for 12 people. Only the big airplane has enough fuel to reach Sidley, but it requires a very good runway which is not there. We had a long discussion with the pilots and finally came to the following decision – four passengers (three members of another separate expedition and myself) fly in the small aircraft accompanied by the big one. Half way through the journey we land, the big aircraft fills our tank with enough fuel for a return flight and goes back to the camp while we fly on to Sidley where the smaller aircraft will wait for us to complete our ascent.

After four days of waiting for the right weather there was a change for the better. We decided late at night that we’d take off early the next morning. A strong wind was blowing and it was terribly cold. I was a bit unnerved on board the aircraft as it was buffeted about. This was the most extreme flight I have ever been on. However, we reached our destination and after circling the volcano about 10 times we landed safely, albeit a bit rough. On the whole though, the landing was better than expected. 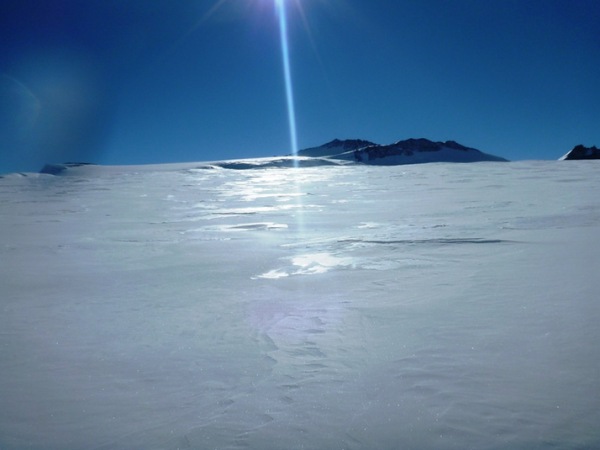 Base camp is located next to a sort of crater. The volcano which I am about to climb is 1,500 meters high. The weather is very hostile here; the route is new so it is very important to wait for good visibility to find the summit.

On the second day at Sidley I went to explore the route. I couldn’t see the summit from the camp site, so I walked nearly half of the way up, about 600 meters. Unfortunately, thick cloud cover prevented me from seeing to the top and any possible routes. I know that there’s a very difficult section very close to the top of the volcano. In any case, it was a really nice walk. Tomorrow I’ll climb higher, and I’ll take my tent with me so that I can wait for better weather conditions and set out for the summit.

iPhone Security Through The Years

From its then-revolutionary touchscreen interface to the somewhat ill-fated Siri voice control, Apple’s iPhone has always set the standard for mobile devices since its first version hit the stores in