Woburn, MA – September 6, 2022 – In the first half of 2022, Kaspersky researchers detected increased threat activity targeting gamers. The number of users attacked by malicious software, which gathers sensitive data and spreads under the guise of some of the most popular gaming titles, has increased by 13% compared to the first half of 2021. In attempts to download new games from untrustworthy resources for free, players actually received malicious software, losing their gaming accounts and even money. These and other findings are part of a new gaming-related threats report issued by Kaspersky.

To assess the current landscape of gaming risks, Kaspersky experts observed the most popular PC and mobile game-related threats. Overall, between July 1, 2021 and June 30, 2022, Kaspersky security solutions detected more than 384,000 users affected by almost 92,000 malicious or unwanted unique files that mimicked 28 games or series of games. In addition to the large number of downloaders that are able to install other unwanted programs and adware, Kaspersky researchers even detected Trojan-Spies – a category of spyware capable of tracking any data entered on the keyboard and taking screenshots.

The research also revealed a growth in attacks made with malicious software that steals sensitive data from infected devices. It included Trojan-PSW, which gathers victims’ credentials, Trojan-Banker, which steals payment data, and Trojan-GameThief, which collects login information for gaming accounts. From July 1, 2021 to June 30, 2022 Kaspersky security solutions detected a total of 3,705 unique files distributing this malicious software under the guise of popular games or series of games. In the first half of 2022, Kaspersky researchers observed a 13 percent increase in the number of users attacked with it in comparison to the first half of 2021. The number of such unique files used to infect users also increased in the first half of 2022 by nearly a quarter, compared to the same period in 2021: 1,868 and 1,530 files, respectively.

Most often, users receive malicious files when they try to download games from third-party webpages, instead of official sites. This appears to happen when a new game is expensive and the player wants to save money by finding a copy for free on untrustworthy sites. However, they will lose much more than if they had bought a legitimate version. For example, many malicious files steal login information for gaming accounts, banking details and even crypto wallet data by infecting devices.

Attackers purposely seek to spread threats under the guise of games that either have a huge captive audience or that have only recently been released and are constantly on gamers’ radars. Well-known games such as Roblox, FIFA and Minecraft, for example, as well as new installments of big series released during the last year: Elden Ring, Halo, and Resident Evil were actively abused by attackers who spread RedLine malware.

RedLine is password-stealing software that extracts sensitive data from the victim’s device such as passwords, saved bank card details, cryptocurrency wallets, and credentials for VPN services. From July 1, 2021 to June 30, 2022 Kaspersky solutions detected 2,362 unique users attacked with RedLine, spread under the guise of popular games, which makes it the most active threat family for that period. Redline is usually sold for a very low price on various hacker forums, therefore it has huge popularity among cybercriminals.

In addition to spreading malicious files, attackers continue to actively create and spread new phishing pages in the gaming sphere. For the first time, Kaspersky experts discovered a new scheme of phishers attacking gamers. Mimicking the whole interface of in-game stores for CS:GO, PUBG and Warface, scammers create fraudulent pages, offering potential victims a decent arsenal of various weapons and artifacts for free. To receive the gift, players need to enter login data for their social network accounts, such as Facebook or Twitter. After taking over accounts, attackers are likely to search through personal messages for card details, or ask various friends of the victim for money, preying on their trust and carelessness. 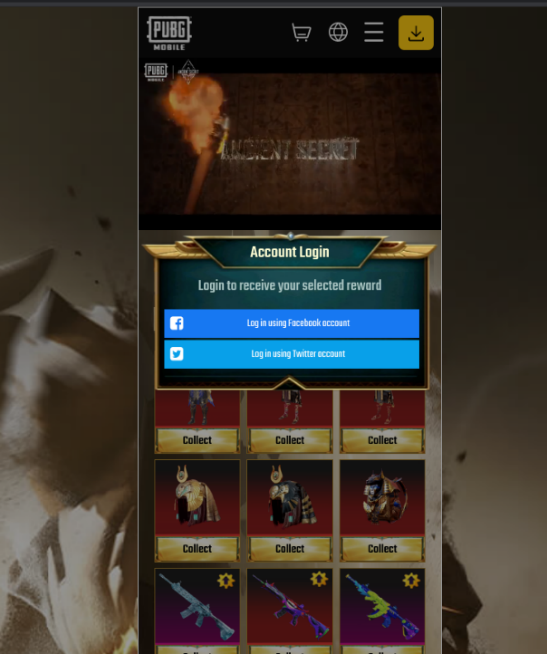 “During the pandemic the gaming industry was greatly boosted, increasing the number of gaming fans several times over,” said Anton V. Ivanov, senior security researcher at Kaspersky. “As we can see, cybercriminals are actively abusing this trend, creating more and more new schemes and tools to attack players and steal their credit card data and even game accounts, which can contain expensive skins that can later be sold. We expect to see new types of attacks on gamers in the next year. For example, strikes on e-sports, which are now gaining huge popularity around the world. That's why it's so important to always be protected, so you don't lose your money, credentials, and gaming accounts.”

Read about other gaming-related threats in 2022 in the full report on Securelist﻿.

·       It is safer to download your games from official stores like Steam, Apple App Store, Google Play or Amazon Appstore only. Games from these markets are not 100% secure, but they at least are checked by store representatives and there is some kind of screening system: not every app can get into these stores.

·       If you wish to buy a game that is not available through major stores, purchase them from the official website only. Double-check the URL of the website and make sure it is authentic.

·       Beware of phishing campaigns and unfamiliar gamers. Do not open links received by email or in a game chat unless you trust the sender. Do not open files you get from strangers.

·       A strong, reliable security solution will be a great help to you, especially if it will not slow down your computer while you are playing, but at the same time, it will protect you from all possible cyberthreats. For example, Kaspersky Total Security works smoothly with Steam and other gaming services.

·       Use a robust security solution to protect yourself from malicious software and its activity on mobile devices, such as Kaspersky Internet Security for Android.

Kaspersky is a global cybersecurity and digital privacy company founded in 1997. Kaspersky’s deep threat intelligence and security expertise is constantly transforming into innovative security solutions and services to protect businesses, critical infrastructure, governments and consumers around the globe. The company’s comprehensive security portfolio includes leading endpoint protection and a number of specialized security solutions and services to fight sophisticated and evolving digital threats. Over 400 million users are protected by Kaspersky technologies and we help 240,000 corporate clients protect what matters most to them. Learn more atwww.kaspersky.com.