This spring, lockdown measures sent people around the world indoors, and millions turned to online entertainment, including video games. Beginning in March, Steam, the most popular online gaming platform, community, and store, reached an all-time record for both active users and concurrent users actively playing games.

In response to this trend, Kaspersky researchers decided to look deeper into the threat landscape of video games during the lockdown period. What they found, not surprisingly, was that cybercriminals have been exploiting the increased interest in video games to launch various attacks.

According to data from Kaspersky Security Network, there was a 54% increase in the daily number of attempts to direct users to malicious gaming-themed sites from January to April.

Users are often lured by promises of free versions of popular games, updates and extensions, or cheats. However, if users click on these links, a wide variety of malicious programs can be downloaded, from password-stealing malware to ransomware and miners, software that secretly mines cryptocurrency from the victim’s computer. 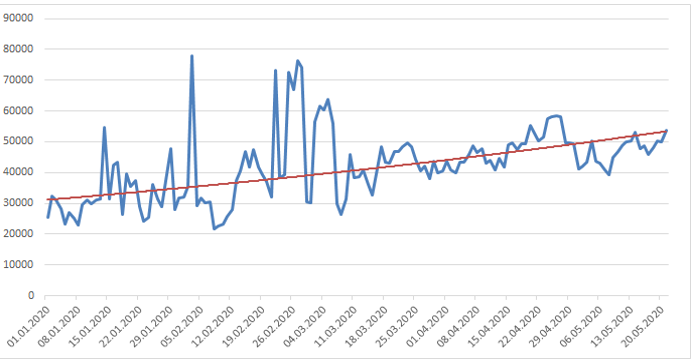 Daily numbers of web attacks using the theme of online games as a lure, January-May 2020

What’s more, according to statistics from Kaspersky’s Anti-Phishing System, compared with February, the number of blocked redirects to phishing pages that contained the word “Steam” increased by 40% in April. 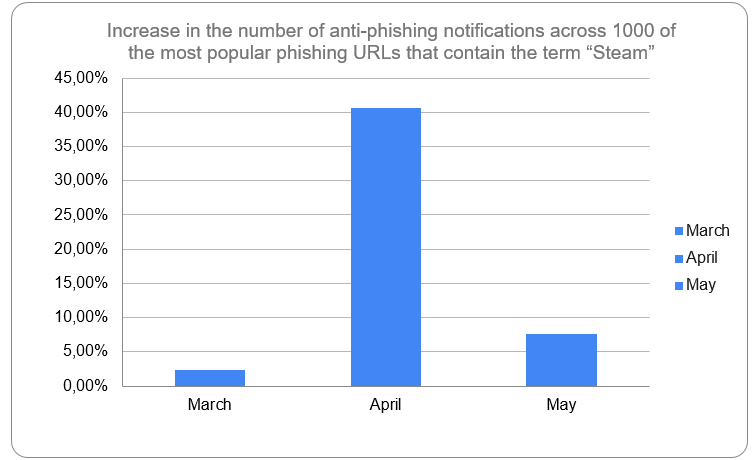 “Many of these video game-related attacks are not particularly sophisticated; there is a large user component to their success,” said Maria Namestnikova, security expert at Kaspersky. “The past few months have shown that users are highly susceptible to falling for phishing attacks or clicking on malicious links when it comes to games—whether they’re looking to find pirated versions or eager for a cheat that will help them win.”

“Now that many players started using the same machines that they use to enter corporate networks for games, their cautiousness should be doubled: risky actions make not only personal data or money vulnerable but also corporate resources,” said Yury Namestnikov, security expert at Kaspersky. “When working from home, if possible, try to avoid mixing your personal computer with the one you use for accessing a corporate network.”

Gaming-related web attacks increased by more than 50% in April