You might remember our slogan — it’s all about saving the world, with words, deeds, and sometimes an inspired combination of both. But saving the world is a complicated task — no one has actually done it just yet — not to mention developing a plan to teach the world how to stay safe. That’s why part of our ongoing training in saving the world is to study the past — and learn from our ancestors’ mistakes. 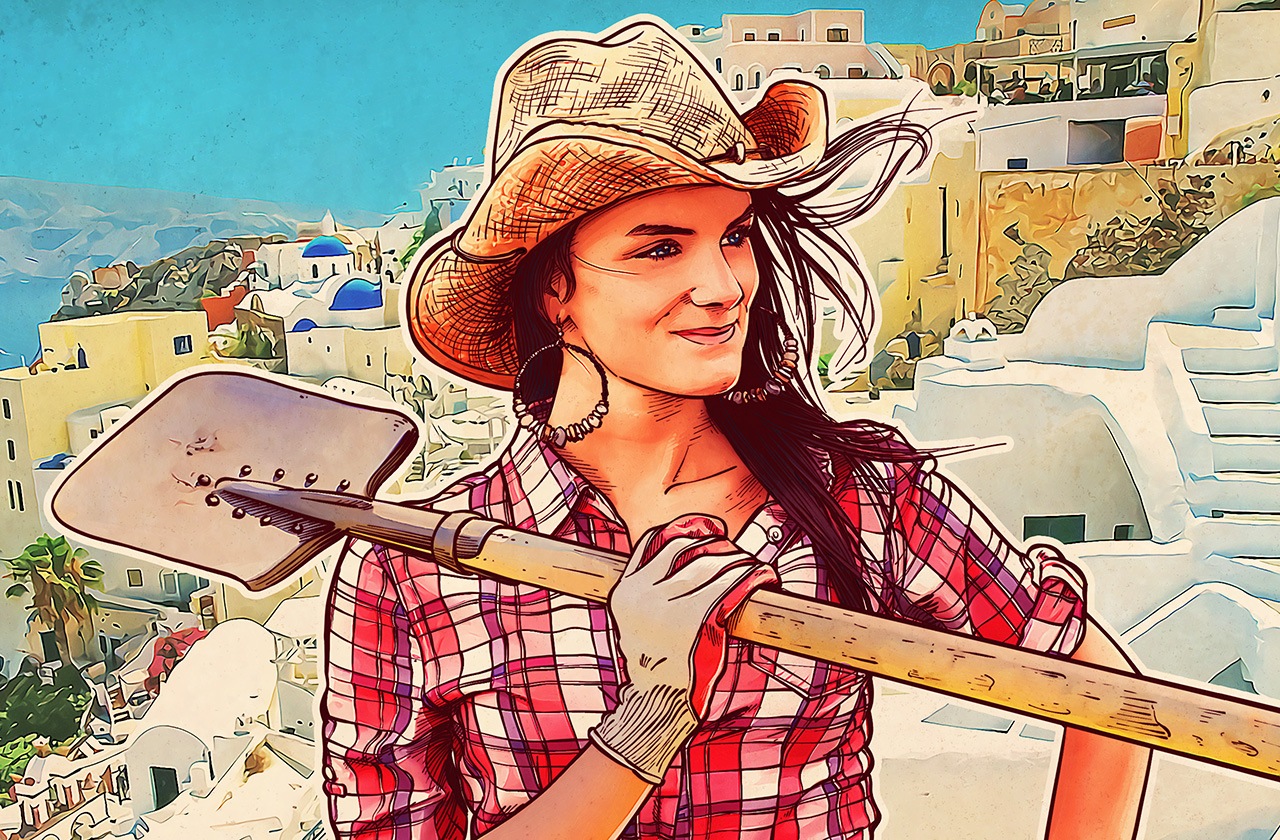 For example, our ancient predecessors failed to save a tiny chunk of the world on the island of Santorini — and nobody knows what really happened there. Kaspersky Lab decided to investigate the secrets of Minoan period and invested in an archaeological excavation near Akrotiri.

People have lived on Thera (Santorini, in modern-day Greece) since ancient times. The earliest evidence of the human habitation of Akrotiri reaches back to as early as the fifth millennium BCE. Over time, what was a small fishing and farming village expanded and developed into a significant settlement. People prospered there for about 500 years.

Together with its people, however, Thera also held a volcano. In the middle of the second millennium BCE, its massive eruption buried the settlement under layers of volcanic ash, which in turn preserved it for modern archeologists. 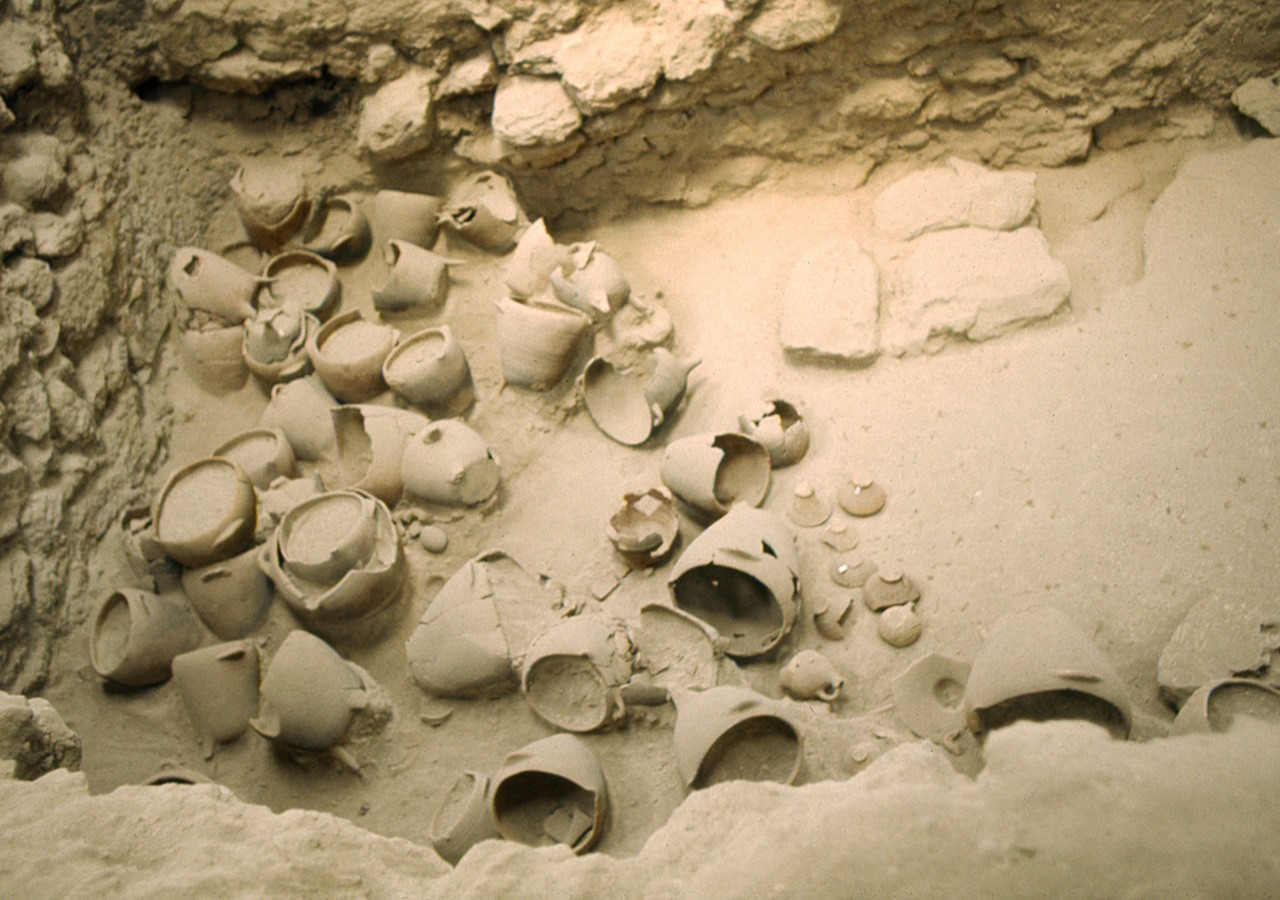 What’s so special about that village?

The Thera settlement is associated with the Minoans, an extremely interesting and important civilization, archaeologically speaking. In the Minoan period, people used a number of technologies that were reinvented only several centuries later.

In addition to the advanced technology, frescoes, pottery, and furniture in Akrotiri remain remarkably well preserved thanks to the thick layers of ash. 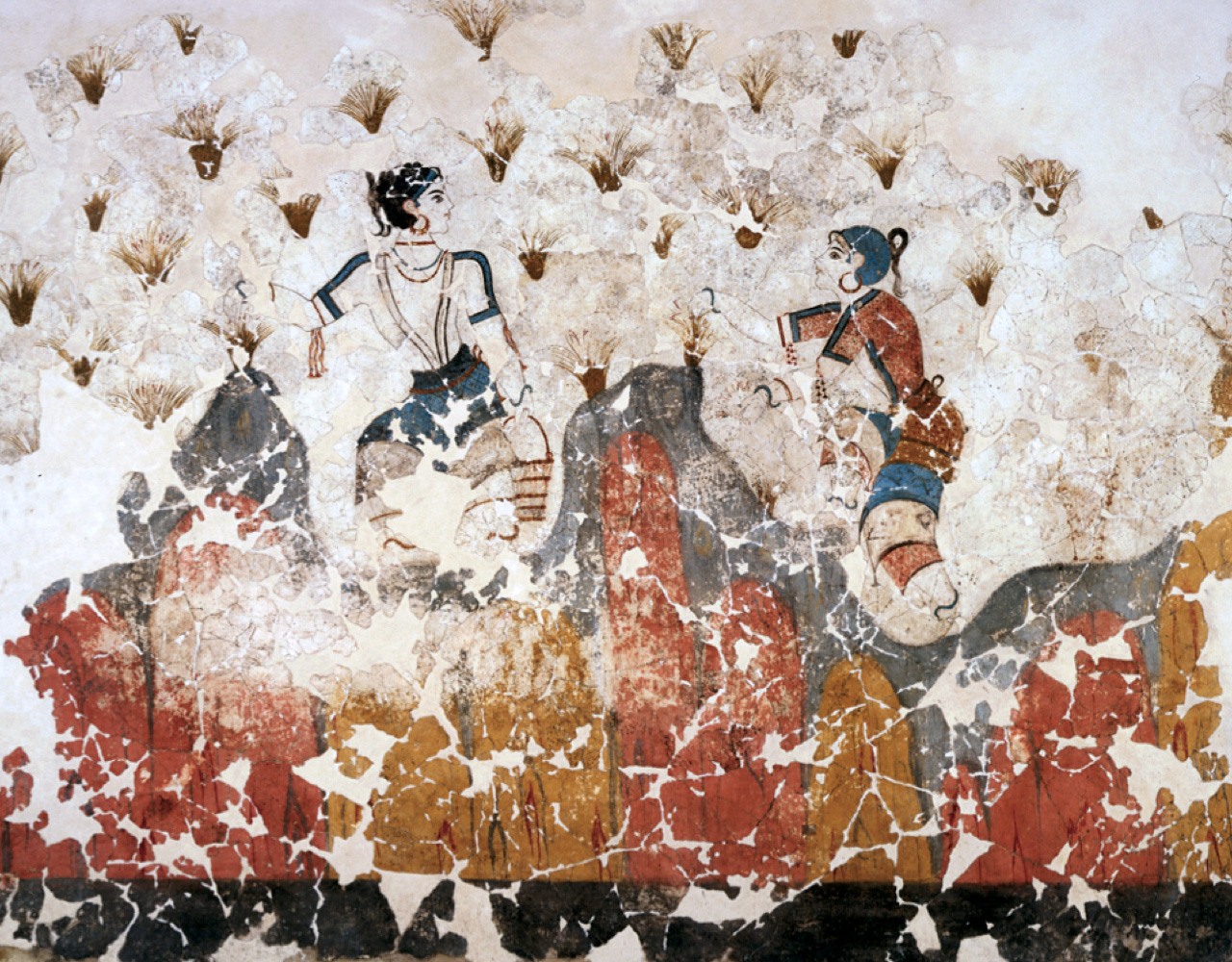 In addition, the settlement contained a number of engineering solutions that were unusual and well ahead of their time, such as advanced drainage systems and three-story buildings. They even had second-floor plumbing — something that is not available everywhere even in modern times!

The settlers of Akrotiri created beams that should be of particular interest to scientists — their roof structures were designed to withstand earthquakes. That tells us Akrotiri inhabitants made educated and advanced preparations for volcanic eruptions. Moreover, judging by the excavation results, they rebuilt their city several times.

City without a name

Santorini holds many secrets yet to be discovered. In fact, nobody knows what the real name of the settlement was; no waymarkers survived. Akrotiri is the name of the modern village located near the excavation site. 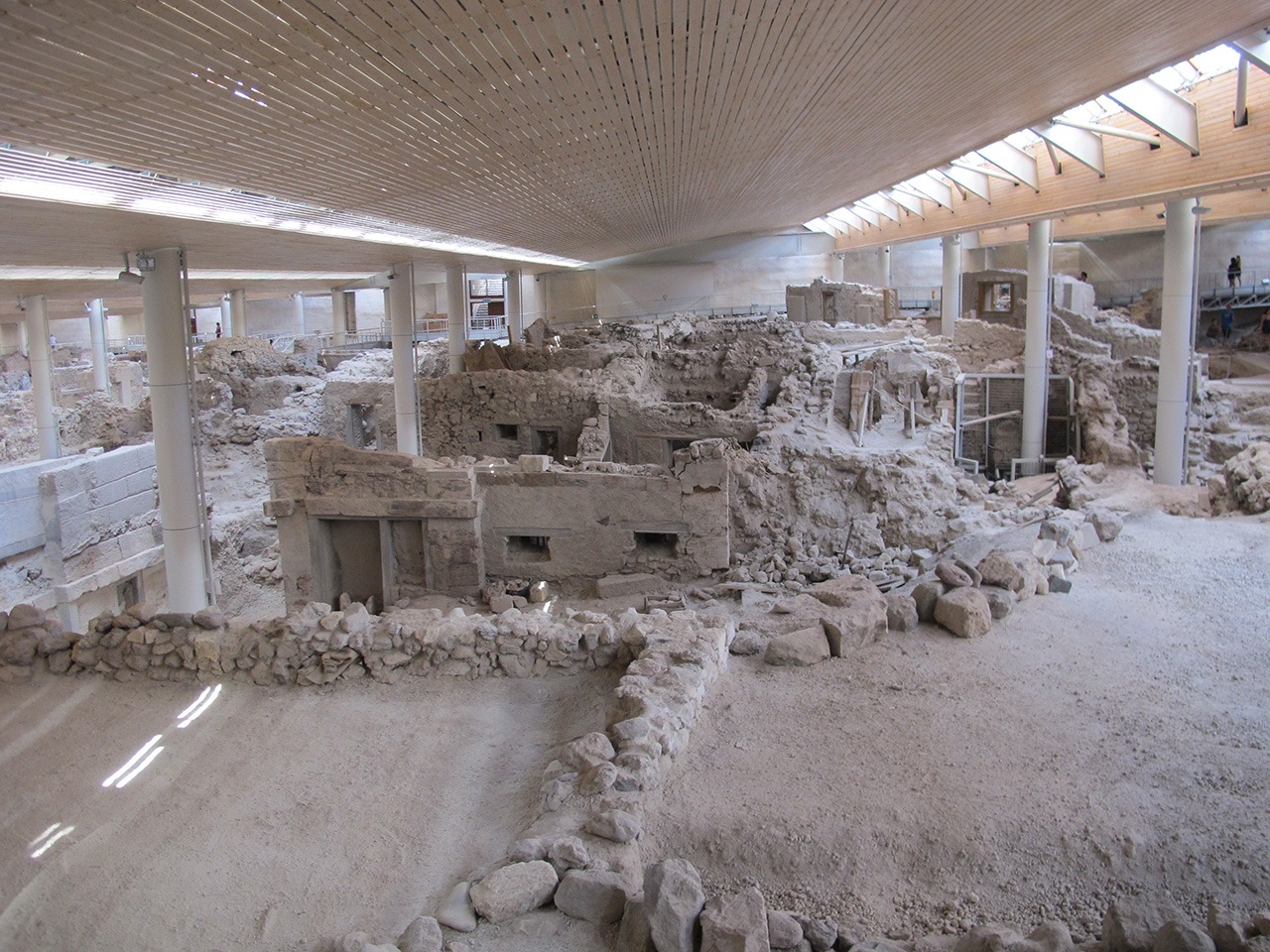 Another interesting fact: Excavators have found no victims of the volcano eruption. It seems an earthquake struck before the eruption, and people had enough time to evacuate — although nobody knows how far they got. Tsunami struck the nearest islands (including Crete). 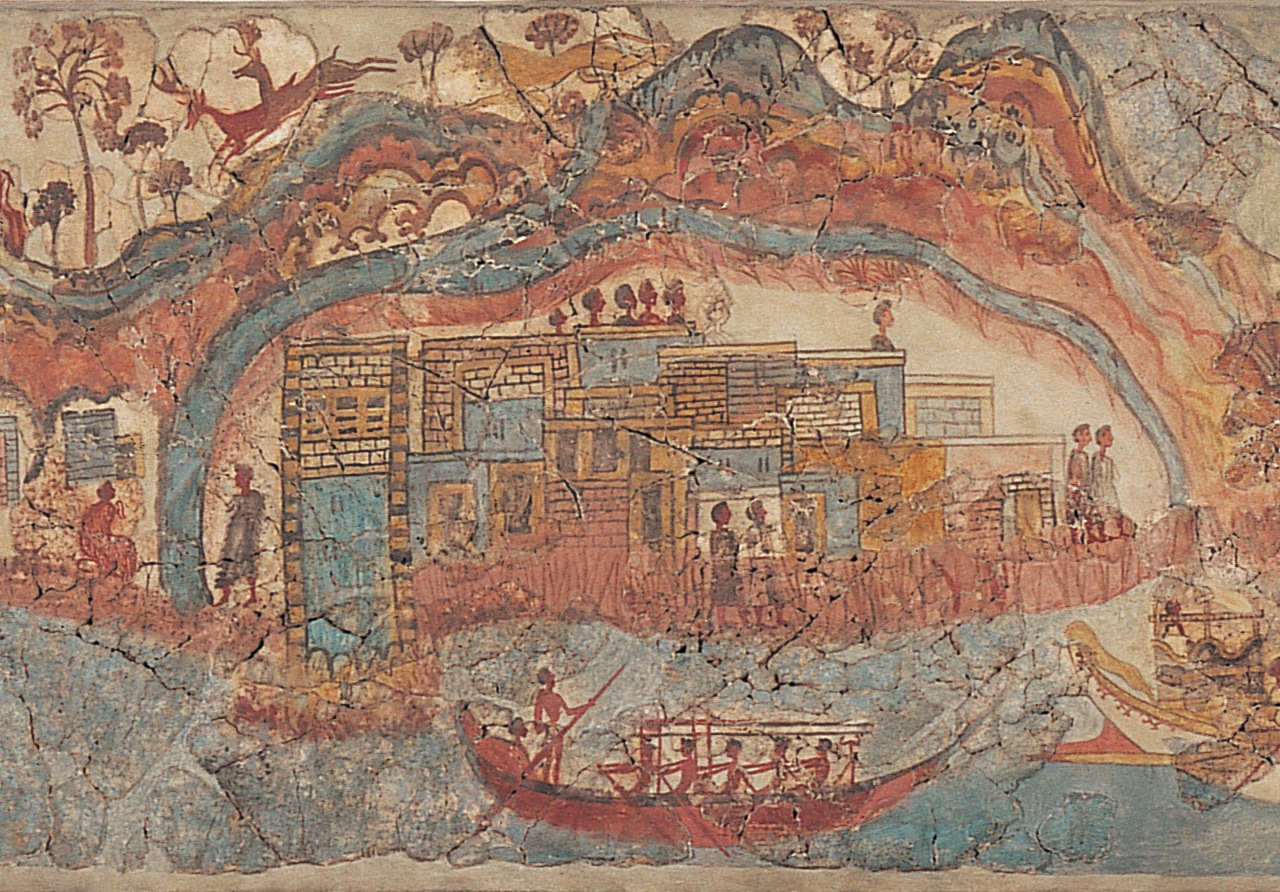 As you know, the threat landscape evolves every day — hey, we are still Kaspersky Lab, so cybersecurity is always at the top of our minds — and nowadays we have new threats that would be completely foreign to ancient civilizations. Governments now know how to evacuate people before natural cataclysms, and scientists predict volcanic eruptions, but humanity has invented a number of other methods to destroy others and ourselves.

Protecting the past is an important part of protecting our future, and Kaspersky Lab is proud to contribute to this great task — for example, finding ways to secure people from cataclysms of the cybernetic variety.

Starting on June 10, many people will be tuning into Euro 2016 football championship and trying to consume as much info as they can. Much like many other large sporting