Curiously, aerophobs don’t suffer the most when airborne: the flight is more torturous for Internet addicts. Imagine what a nightmare a flight is for them: you are spending hours without a single glance on Facebook trolling reactions or Instagram likes, or Swarm check-ins – especially where there are numerous opportunities to post the photos as you fly over wonderful scenery. What’s the point, after all, in having the possibility to take photos without posting them on the spot? For those who simply cannot bear it, inflight Wi-Fi Internet access was created. 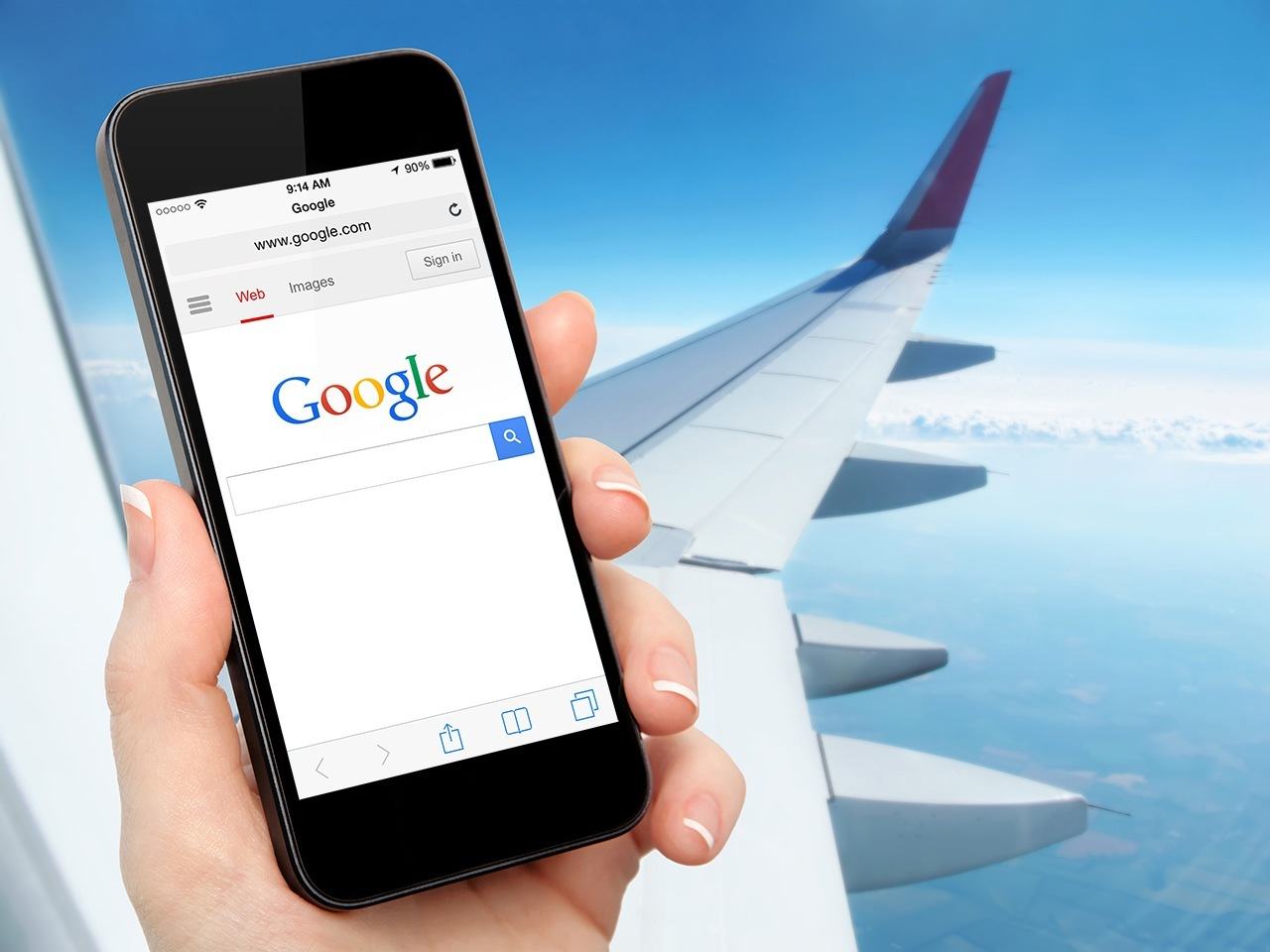 From the user’s point of view, the thing is pretty simple: there is a Wi-Fi hotspot (or, less frequently, a cellular base station), so you just log-in, connect, and… there you go! True – from this perspective, the concept is simplistic: just deploy a router on board, which is not a rocket science, after all. However, the main task is establishing an outside connection channel, which this flying hotspot needs to be linked to.

There are two fundamentally ways to do that. The first is so-called ATG, or, Air-to-Ground. This approach presupposes that base stations are built on the ground with upbound aerials the airplane connects to.

The principle is identical to that used in the cellular networks, and the plane, in this case, is a giant flying 3G router which reconnects seamlessly to the network going from one base station to another, employing handovers and other essential tokens of cellular network. The frequencies differ, so your mobile phone would not be able to connect to the cellular network when on board, which wouldn’t even be necessary. However, even onboard, the network would be migrating to LTE, proving current mobile trends.

There is a number of advantages with this approach. Firstly, it is possible for the service provider to use the existing cellular infrastructure. It’s enough to lend space where usual base stations are located. Backhaul optics is already in place, so the network could be deployed very fast, scaling to a nation-wide network – which is good news for large countries like USA or Russia.

Such projects are actively promoted in Russia. However, due to comparatively low levels of mobile penetration, its profitability is questionable. In the US this approach is already working. A nation-wide Aircell network (aka GoGo) using 160 CDMA2000 base stations has been deployed and currently offers up to 10 Mbps per aircraft. Another ATG network, which will be based on LTE, will be launched by AT&T.

Of course, ATG base stations are not necessarily placed as densely as ordinary cellular deployments: absence of impediments to weaken the radio signal, as well as trivial geometry laws, help facilitate larger coverage areas at the altitude of a flight for civilian aircrafts (up to 100 sq km per base station).

Another thing that makes this approach even more straightforward and simple is the pre-defined nature of the flight. An aircraft holds on to known air corridors between certain landmarks; the constant coverage of the entire territory is not necessary, so the connection should be available on certain routes.

There is one issue with Air-to-Ground connections, though: it’s impossible to facilitate connection over water, so that means that trans-oceanic flights (where, essentially, Internet access would be much more useful) are bound to last without a chance to connect to the network. However there is a solution, which is called satellite connection.

It is based on a simple principle: geosynchronous satellites (which are hovering in an almost stationary position relative to the ground) are serving transponders simultaneously connected both to the aircraft and the ground infrastructure. The coverage for each of those satellites may measure up to hundreds of thousands of square kilometers. Currently on-board access ISPs are lending the capacity from the satellite carriers. For instance, serving an Inmarsat Global Xpress (and other satellite operators) distributors.

Different services use different bands. In general, the higher the frequency, the smaller size the antenna can be, and the better the quality of the signal is. That means more low-frequency bands (up to several GHz) are deemed obsolete, and the majority of new deployments are facilitated by K-bands (from the German “kurz”, or ‘short’; higher than 10 GHz). The latter are characterized by lower costs and good connection speeds.

A “good” connection, in this respect, is about 50 Mbps for a Ku-band. Sounds impressive, but you should bear in mind it is not per pax, but per aircraft. Considering a long-haul wide-body aircraft, the achieved speed should be divided to approximately 300 passengers.

It’s obvious that some people will not access the Internet on-board, but even if just 100 paxes connect to the network, the resulting 0.5 Mbps of speed is enough only for agile tasks like messengers, emailing and reading lightweight web-content. This is the reason why at this stage of technology development, ISPs won’t allow users to have more than mediocre access quality. They severely limit speed for each separate client, or choose pay-for-kilobyte traffic approach.

This problem will have a solution in Ka-band. For example, ViaSat markets their Exede In The Air system as capable of 12 Mbps per user, not per aicraft, with 5 time less costs that with the legacy Ku-band technologies.

SpaceX will use its new Falcon Heavy rocket to get the next Exede satellite into space. http://t.co/3Hf7kTh4Y4 http://t.co/3DlI6psfrC

From the ISP stand point, Ka-band broadcast is also a worthy solution as it opens wider monetization opportunities. For instance, video streaming, including streaming of TV channels, allows generating revenues on the content delivery, but not just simply on selling network access. The example which springs to mind is sports program streaming.

But what does it mean for users? Transition to higher bandwidth and alternative monetization approaches will allow to turn the premium inflight Internet access service into a cost-efficient and attractive offering, if not a totally free-of-charge service. Should it come true, in the not too distant future we will always be connected when on board, inclusively, which will have its merits and disadvantages.

Forged Green Pass from the Internet — what can go wrong

Facebook Messenger: The New Platform to Rule Them All

Mark Zuckerberg has officially allowed dozens of popular apps to operate within the realm of Facebook Messenger.