The consumer-to-consumer sales market is a great field for frauds of all stripes. Many people buy smartphones and other gadgets on online auction and shopping platforms such as eBay. 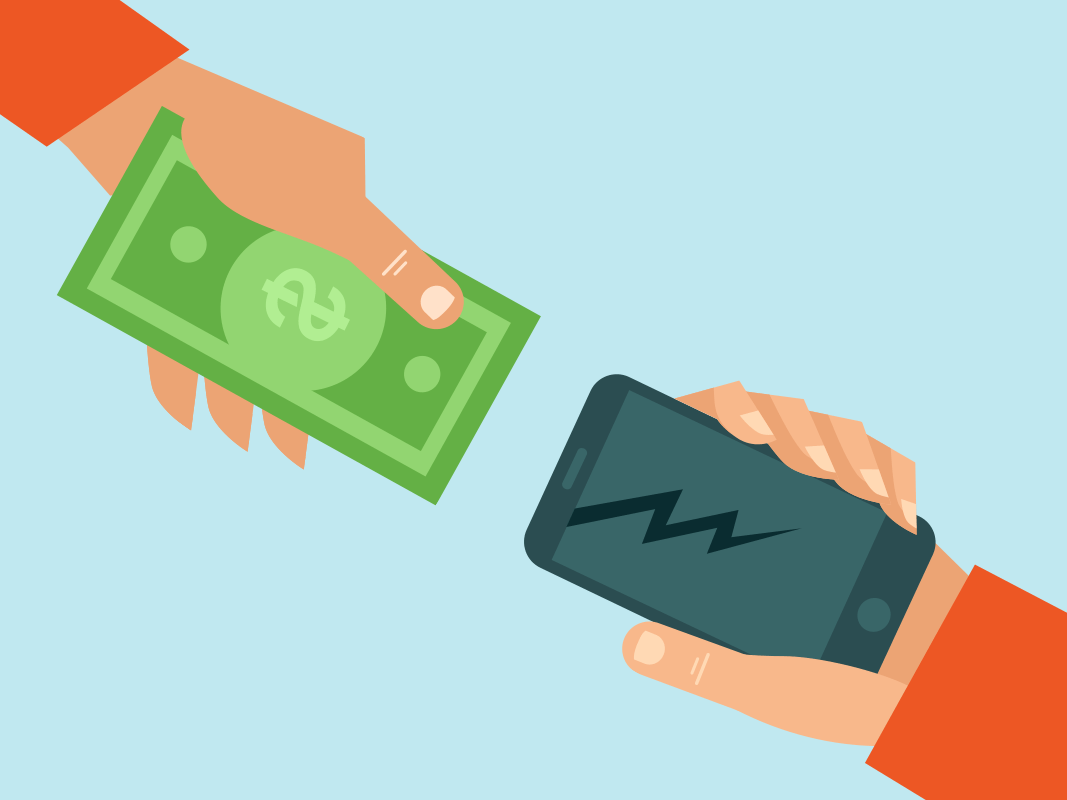 Thousands of gadgets are bought and sold at such sites, including popular Apple devices. There are many ways to fool a victim who is going to buy/sell a phone from/to a third-party seller/buyer. In this post, we speak about the most popular ones.

1. Too low a price and advanced payment

Be careful when people offer you goods at a very low price and with an obligatory advanced payment. Sellers will have many convincing arguments (need of money ASAP, two similar devices were given as gifts, etc) – you can come away with a used device instead of brand new one, a broken device, or nothing at all. An advanced payment in the majority of cases is a no-no. The only exception is when you buy a device from a trusted salesman — an eBay account must have a good rating given by hundreds of users.

2. Broken devices and phones made of wax and paper

Even local stores and online shops can deceive you. Many fraudsters sell broken devices to stores with an excuse as to why it can’t be checked immediately: They may say that the battery is low and you need to charge it before turning on your device. These people are experienced and convincing.

When victims get home, they open the box and face an unpleasant surprise. A similar situation happened to a man who bought an iPad Mini and iPhone 4S after responding to a Craigslist ad. The seller brought the devices, took the money, and ran away before anyone managed to stop him. Instead of Apple devices the boxes contained a brick of melted wax and a paper notebook.

Many people wittingly buy fake iPhones from Chinese manufacturers just because they are cheap. That’s their choice. But sometimes these forgeries are sold as original devices. Some of them look just like real ones. For instance, in this video, you can see a fake iPhone sold under Goophone brand. Would you be able to tell it’s a fake?

There’s one simple trick to detect the fake device. As fake iPhones run under the control of Android OS all you need to do is to turn it on and see which store it supports: Google Play (a forgery) or App Store (a real iPhone).

During the #Christmas season, please be aware of what you buy online. This is a fake #iPhone http://t.co/7pg74qgAen #kijiji #craigslist

If you are going to buy a second-hand iPhone there is a good chance you’re being offered a stolen device. There is no way to say to know for sure; that’s why you need to look for indirect signs. Be sure to check the seller’s profile and reviews from other customers. Look through other ads posted from the seller’s account. When you check the device itself, compare the code, serial number and IMEI from the box with the information given in the device settings.

Three attempts to purchase a second-hand iPhone have resulted in dealing with dodgy characters, eBay investigations and fraud. Given up.

Buying a factory refurbished iPhone can save you some extra money as the original manufacturer inspects the inside and outside of the device and cautiously corrects any problems. The quality of device repair can be lower if a third-party company restores it.

Beware of miscreants! There were cases when people bought a second-hand device and then found it locked with the Find iPhone options (only for iOS 6 and later). After that, the villains would blackmail their victims: e.g., tell them they have their stolen phone and threaten to go to police. To make the device work again you can reset settings to default before buying.

And if you sell your used iPhone, make sure you’ve wiped it. Otherwise be prepared to face unpleasant consequences especially if you have important information on the device’s memory card. In this case, you should try to lock the phone remotely.

Sometimes hackers create day-fly websites that are actually fake online shops to gather information about credit cards and other sensitive data. Someone trying to sell an iPhone can become a victim: a ‘consumer’ requests detailed banking information, allegedly for a money transfer. This data can also be used to steal money from your credit card.

I can’t sell my iPhone 5. Everyone who tries is either too stupid to live or is trying to commit fraud. http://t.co/CaRbvibXqf

If you are buying a secondhand iPhone from a local seller, arrange a meeting at a public place with free Wi-Fi to protect yourself from robbery and check on-site if the device works properly.

If you are paying cash, try to pay with the exact amount of money. This is good for the seller and you, and it protects you from being given counterfeit notes in change. Do not agree to exchange money to smaller denominations. Be vigilant and don’t be shy about recounting your money or checking the device twice.

Of course all of this advice works well for any buying or selling of gadgets. Apple devices are a little bit more attractive to fraudsters; that’s the reason we used them as an example.

Schrödinger’s kittens: How TikTok can help educate your kids

Kaspersky QR Scanner Is on Guard!

As is, a QR code can quickly take you to a site or another resource but not necessarily to the one you really want to visit. Thus Kaspersky Lab offers a free and safe QR scanner!