The popular microblogging website, Tumblr, announced a breach in its security for iOS customers last week. The company asked all users of its iPhone and iPad app to change their passwords and perform a software update, saying: 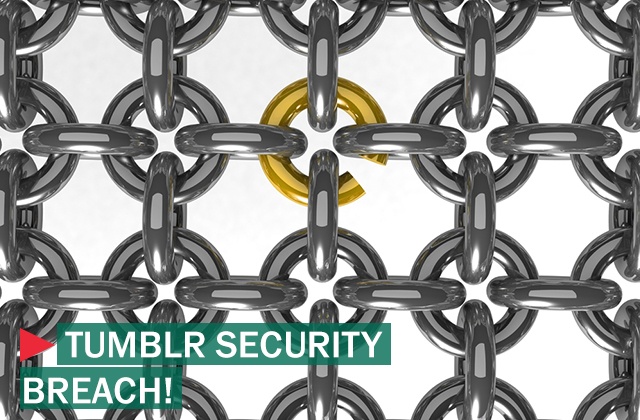 “We have just released a very important security update for our iPhone and iPad apps addressing an issue that allowed passwords to be compromised in certain circumstances¹. Please download the update now.

If you’ve been using these apps, you should also update your password on Tumblr and anywhere else you may have been using the same password. It’s also good practice to use different passwords across different services by using an app like 1Password or LastPass.

Please know that we take your security very seriously and are tremendously sorry for this lapse and inconvenience.”

Although Tumblr did not get into specifics, it appears the breach was the result of the company neglecting to use an SSL server while logging users into the app. This means anyone accessing Tumblr via public WiFi on an iPhone or iPad potentially faced password sniffing during transit.

This means anyone accessing Tumblr via public WiFi on an iPhone or iPad potentially faced password sniffing during transit.

If you use Tumblr on your iOS device and have not yet updated both the app and your password, we encourage you to do so now. And since security breaches do sometimes happen, we recommend keeping the following tips in mind when accessing applications on your digital devices in the future:

Excerpt: “Eugene Kaspersky talks about Ferrari, technological leadership and Russian F1 pilots” There is no F1 racetrack in Moscow, nevertheless, it was easy to hear the engines roar behind the