Have you ever wondered how easy your morning commute might be if all of the traffic lights went your way? Well, if you have a modicum of programming skill and an interest in cybercrime, you might just be able to turn that dream into reality. 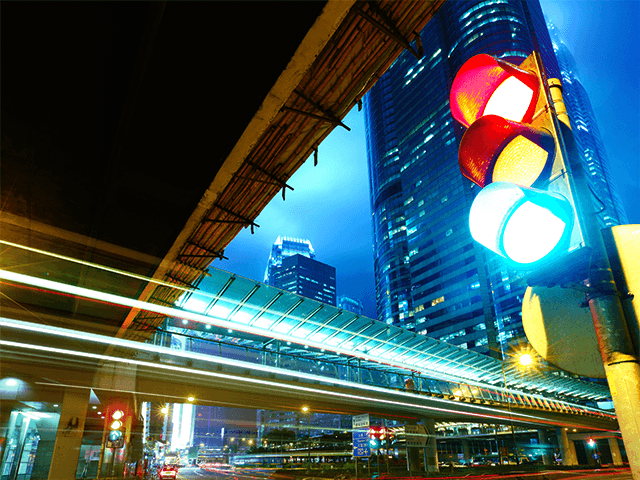 Researchers at the University of Michigan have found that systemic weaknesses in traffic control systems make them vulnerable to attack. Those weaknesses include the use of unencrypted wireless signals to control the lights, the use of default usernames and passwords on these control systems, and a vulnerable component known as a traffic controller, which is the device that controls the lights and walk signs.

Michigan researchers were able to crack the control system of traffic lights in an unnamed Michigan town using only a laptop computer with a wireless card operating at the same frequency as wirelessly connected lights.

These systems are so vulnerable that the Michigan researchers were able to crack the control system of traffic lights in an unnamed Michigan town using only a laptop computer with a wireless card operating at the same frequency as wirelessly connected lights. Once in, the researchers used a series of simple commands to alter the timing patterns of traffic lights and manipulate lights with all reds and all greens along given routes (don’t worry, the researchers reportedly had the permission of local authorities to do this). Researchers were unable to make all lights in a given intersection green – that, apparently, requires physical access to the roadside cabinets where failsafe switches are kept.

While this news doesn’t raise the same level of concern as attacks on critical infrastructure systems like the electrical grid – the main peril of potential cyberwarfare – it would be nice to think that it would take a lot more than an overeager amateur hacker, like Seth Green’s character from the 2003 movie “The Italian Job,” to bring traffic to a screeching halt.

Want all greens on the way to work? Try hacking into your local traffic light system.

Poll: Do you use Kaspersky Lab products?