It’s time to check up on the progress that has been made by police forces and security experts in finding hackers and cybercriminals. Here are the top prosecutions of April. 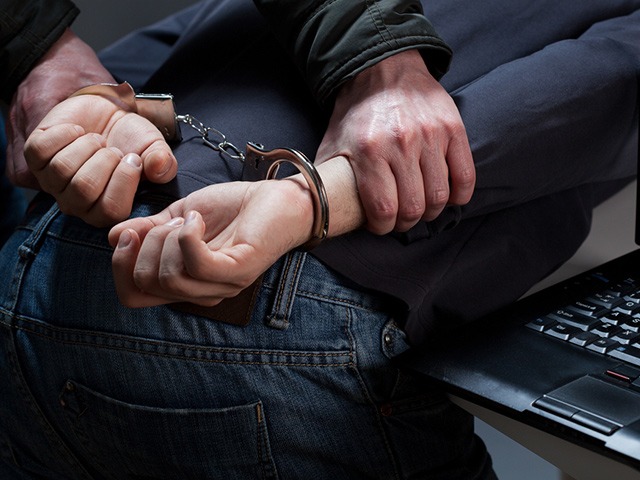 Russian hacker Vladimir Drinkman, involved in a group of cybercriminals and arrested in Netherlands almost two years ago, faces extradition requests by the US and Russia. The Local Ministry of justice will decide which country will get the lawbreaker as soon as Drinkman can still appeal on that. Anyway, it seems that the hacker will face several years in prison. Drinkman is accused of hacking more than a dozen retailers, payment processors and financial companies and getting the information of more than 160 million credit- and debit-cards. This case is supposed to be the biggest financial hacker attack in the US for the moment. Investigators say the gang was performing cybercrimes since at least 2007, causing losses of more than $300 million to some of the attacked companies. Besides Drinkman, there are four more people accused of computer attack conspiracy: three Russians and one Ukrainian.

8 years behind bars for using trojan

A Moscow court sentenced two young men for using the infamous Carberp trojan, which helped them steal money from bank accounts. Both guys were actively spreading the malware and getting unauthorized access to users’ computers and online banking accounts. Having full control of a victim’s PC, the impostors transferred money from the user’s account to an account they controlled and then made withdrawals using ordinary ATMs. Doing this for at least half a year, the fraudsters successfully made no less than 90 transactions in three months, amassing a total fortune of around $3.6 million of victims’ money before they were arrested. But obviously, now they don’t have any chance to spend anything: one of the brothers faces 5 years in jail, while the other will spend eight years behind bars. It’s interesting that the youngest of these two brothers reportedly has a major criminal background and was even wanted on an international arrest warrant, after being accused of realty fraud. The investigation was initiated by one of the biggest Russian banks and was performed by Russian cyberpolice with the help of experts from Netherlands and Canada.

The criminals continue their bad business, and law enforcement agencies successfully chase them down. It happens every month, so here are the most interesting cases from April.

Carder.su, one of the most infamous criminal enterprises, participants in which were highly wanted by law enforcement for last several years, has lost one of its main coordinators. In the first half of April, Cameron Harrison (also known as “Kilobit”) from Georgia agreed to plead guilty. According to prosecutors, Harrison joined the Carder.su gang around six years ago and played a major role since: he was stealing credit card numbers and then helped to sell this information to other criminals. Although all these activities resulted in global losses of $50 million, authorities broke up the Carder.su group in 2012, charging 55 members for trafficking and manufacturing stolen and counterfeit credit cards. Now Harrison could potentially go to prison for as long as 20 years. He will also probably have to pay compensation for damage he did to the customers of a number of payment systems, such as Visa and MasterCard.

Using ZeuS will make you lose

Nine alleged members of a racketeering enterprise who infected thousands of business computers with malicious software known as ZeuS have been charged in an indictment in U.S. District Court in Lincoln, Nebraska. Two of them, Ukrainians Yuriy Konovalenko, 31; and Yevhen Kulibaba, 36, were charged with conspiracy to commit computer fraud and identity theft, aggravated identity theft, and multiple counts of bank fraud and were recently extradited to the U.S. from the United Kingdom. The investigation was conducted with the help of police from America, Britain, Netherlands and Ukraine. Reportedly, both men were in charge of a ring of so-called ‘money mules’. These people are used as buffers, who are getting money from victims’ bank accounts and passing them forward for further withdrawing. Konovalenko and Kulibaba each could face up to 40 years in prison. The other seven people still remain at large, but obviously not for long.

Nine members of a criminal gang have been sentenced to prison terms for stealing $2.1 million from Barclays bank using a special KVM device. Such hardware is used for accessing a number of remote PCs using just one set of keyboard, mouse and monitor. According to prosecutors, a KVM switch and a modem were implemented into the bank’s computer system by one of the fraudsters who worked there as an invited computer technician. As a result, the gang had access not only to computers used in the bank, but to the whole internal network and all the info stored there. All the unauthorized transactions were performed from a nearby hotel. All the money the gang got was spent on designer jewelry, Rolex watches and other items. But now, all they have is prison time: every member will spend anywhere from 6 months to 8 years in jail.

Keep Calm and Stay Vigilant, OpenID and OAuth are Vulnerable

OpenID and OAuth are protocols responsible for those “Login with Facebook” and “Authorize with Google” buttons you see on almost every site nowadays. Of course, there is a hack for that™, but you don’t need neither panic nor change your password. Read on for our simple action plan.