We all need a vacation or at least a weekend to catch our breath a little and get going again. Only the criminal world works non-stop. Black hats go without food and sleep, trying to steal our valuables from us. This, of course, applies to our valuable data as well. It is the job of law enforcement agencies and the courts to catch and convict the rogues, with a little help from security experts. 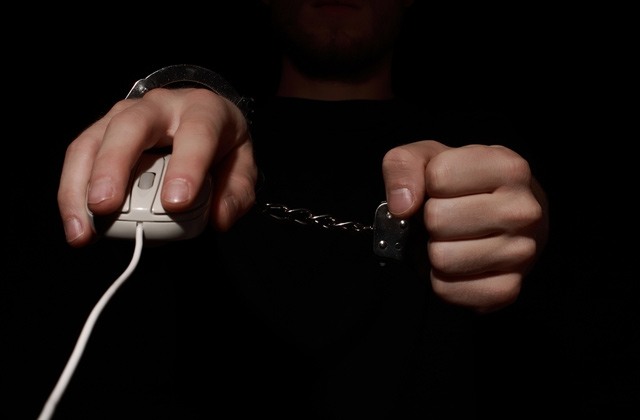 Everyone who is interested in computer security has at least heard about the BlackHole exploit kit. The kit is designed to infect visitors to a website created or rented for malicious software by taking advantage of vulnerabilities in applications installed on user machines. The ‘black hole’ has been the subject of much debate, having caused a lot of trouble for many people across the globe. According to various estimates, it has been the source of 30 to 90 percent of all web threats. But now, law enforcement authorities tell us the person behind the ‘black hole’ has been caught in Russia. Now the bane of computer networks known as Paunch will have to go through various stages of investigation and undergo a trial to end up, experts say, in jail for a long, long time.

According to various estimates, the “black hole” has been the source of 30 to 90 percent of all web threats.

Time in prison is something 13 members of the international hacker group Anonymous are soon going to experience as well. In early October, they were charged with a number of cybercrimes by a US court. Specifically, it was this devil’s dozen of individuals that claimed responsibility for Operation Payback, which involved hackers attacking websites belonging to government and commercial organizations and individuals. Victims of the operation included payment systems that had refused to cooperate with the infamous WikiLeaks resource. The operation started back in 2010, so the group left a long trail behind it, which will enable the US court to give each of the gang’s members a heavy sentence.

A curious Anonymous-related story has emerged in Canada. A 12-year-old Canadian schoolboy was arrested and pleaded guilty to hacking government websites for Anonymous. Under Canadian law, the kid’s name cannot be disclosed, but according to the police he has so far admitted to hacking the sites of the Montreal police, the Quebec Institute of Public Health and the Chilean government. What brought him to the latter site is anybody’s guess. During the trial, it turned out there was no political motivation in the boy’s actions. He was only carrying out an Anonymous assignment. At some point in the trial, he said, “It’s easy to hack but do not go there too much, they will track you down.” A really clever boy, that one, but off to a bad start.

No, this is not what you probably thought it was. This is not an author of the infamous Nigerian spam messages, in which an unknown rich prince is dying to share his millions with you. According to the police, the person in question is “…an expert in website design. He can hack into any system…” So now the website design expert has been caught hacking important Nigerian websites, including those of the Nigeria Customs Service and the Joint Admissions and Matriculation Board. The purpose of the exercise was to display ads illegally. Not a mainstream way of making money, for sure. Particularly given that after being caught Adeniju Lukman repented and complained of having misused his talent for website design. Who knows, we might yet receive tearful letters from him, requesting our help in laundering the millions stolen. For a share, of course.

The UK National Crime Agency is prosecuting phishers for causing over £750,000 of losses. A total of 765 victims, whose financial data has been uncovered and disclosed to the criminal world by the attackers, have been identified. The phishers used a relatively primitive technique involving sending phishing messages to random addresses. As it turned out, many of the recipients were naïve people who believed the criminals, and sent them their credit card details. Although the problem with phishing calls for a comprehensive solution (as well as installing protection on the computer), is that these particular cybercriminals are not likely to do any more harm. The court sentenced the gang’s leader Olukunle Babatunde, 27, to five years and six months in jail. His accomplice, Tamar Abdulhamid, also pleaded guilty and received a stiff sentence.

Kaspersky Lab’s Brian Donohue rounds up the latest security news from the month of October 2013. Download podcast for offline listening