Recently, Microsoft debuted a new, shiny update to their ancient crash screen, affectionately labelled the ‘blue screen of death’ (BSOD) by techies everywhere. This updated version brings some much needed information: you’re given a QR code to help you better understand why you got the BSOD. 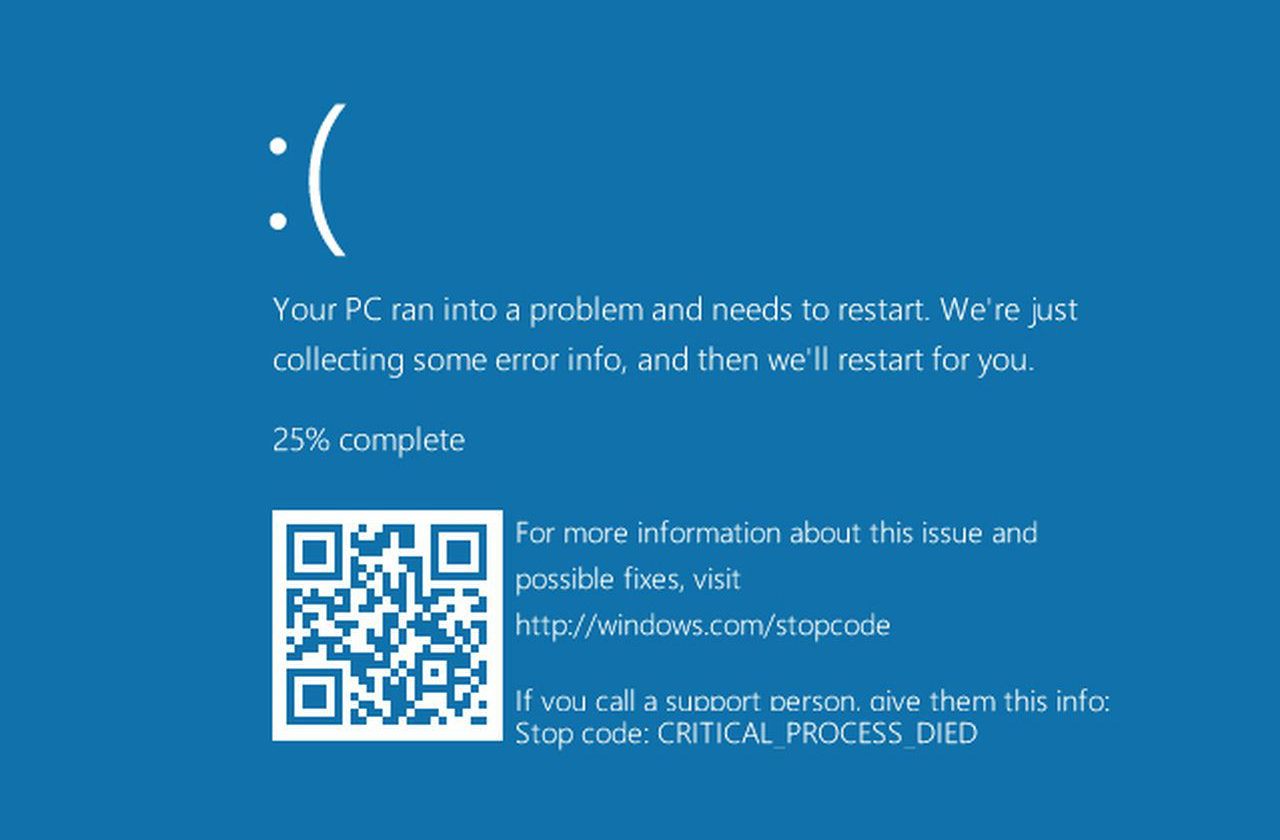 This is a good thing. There’s nothing more frustrating than having your computer crash for some unknown reason and being left scratching your head. The issue lies in how it gives you that information. It’s given in the form of a QR code (you know, those barcodes that were all the rage 5 years ago).

But, I hear you cry, “how is this a security issue?”

Well indulge my security paranoia for a minute. Imagine that a crook wants to steal data from your mobile phone; say, your bank account details. He needs to access your phone, right? Well, all he’d need to do is send you a file that simulates the BSOD, and tells you to visit this site to get more information about the crash.

When you dutifully scan the code with your phone to check what’s happened to your computer and unwittingly visit a malicious site. It asks you to install an app and presto your device is now infected.

Now, this is all just theory: none of this is actually happening, but what’s to stop it from happening? We know that other, more complicated malware is available out there, right now, so why not this?

Once you update Windows, it may be worth installing a QR code checker on your mobile phone. Also be sure to have something that will protect your phone against malware if it somehow manages to sneak in.

A group of security researchers have discovered major flaws in Google’s reCAPTCHA technology.