You know the saying: “If it ain’t broke, don’t fix it.” Cybercriminals seem to have taken that truism to heart, because they continue to reuse the same old scams — and they never fail to find victims. Last summer, social media worldwide were flooded with reposts of fake airline giveaways. We covered it at the time, but as the new holiday season approaches, the same posts are popping up again, with very minor changes.

Airline tickets cost a pretty penny, so getting two free sounds great to most people. And airlines themselves sometimes hold ticket lotteries, which adds a veneer of authenticity to the fake variety. Cybercriminals exploit the situation with sham giveaways, and this year they added WhatsApp to their repertoire, and expanded the range of “prizes.” Now you can enter to win not only airplane tickets, but also sneakers, gift cards, and more. Well, if the prizes aren’t real, the scammers can offer whatever they want. 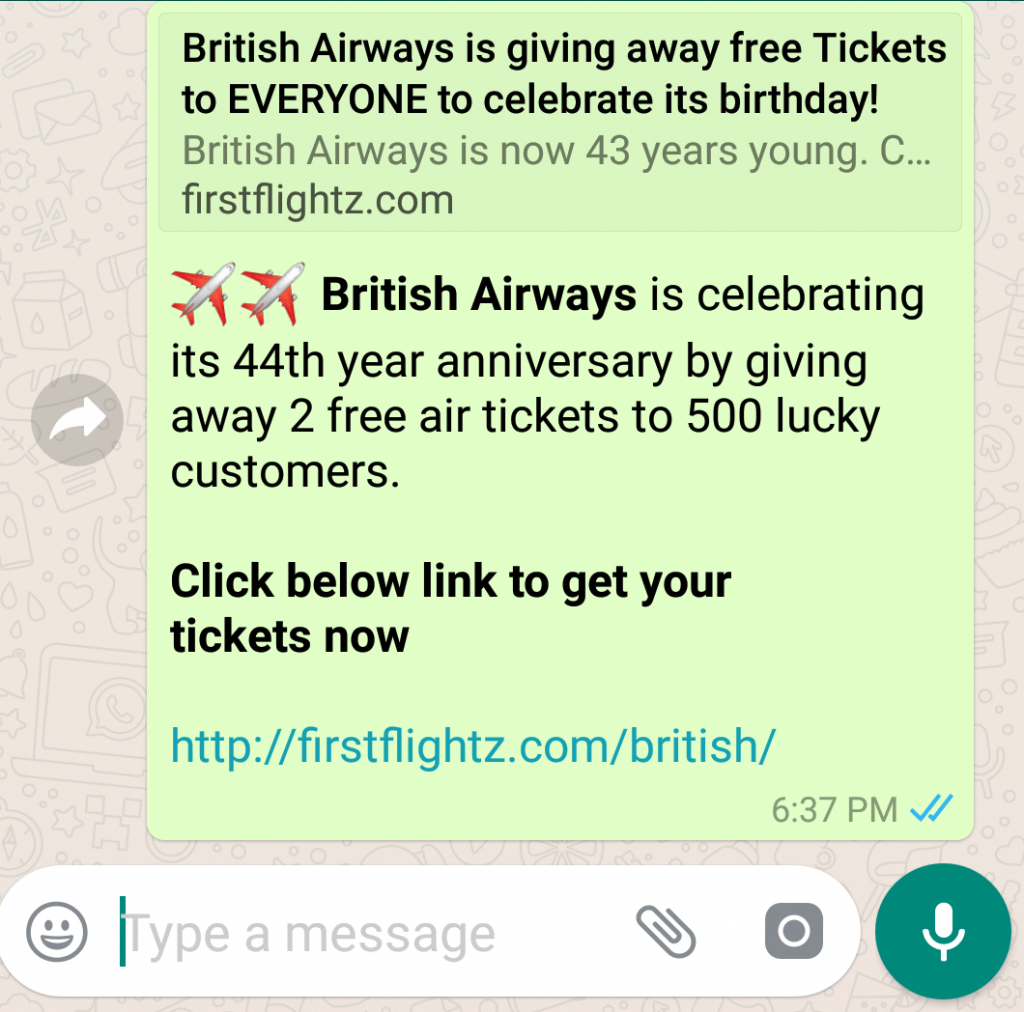 When clicking on the link to receive the promised tickets, the user is invited to answer three simple questions about the airline: have they traveled with it before, were they satisfied with the level of service, and would they recommend it to friends and family.

Having completed the brief survey, they are asked to share a link with three friends from their WhatsApp contacts. Fake comments on the page do their best to make it all look real. After the message is sent to three contacts, the duped user is redirected to a partner site where they might encounter another short poll with a “valuable prize” attached, or a phishing attempt, or even malware.

Such messages are distributed on behalf of many airlines (without their knowledge, obviously), and IM and social media users around the world continue to send and repost them on both WhatsApp and Facebook. 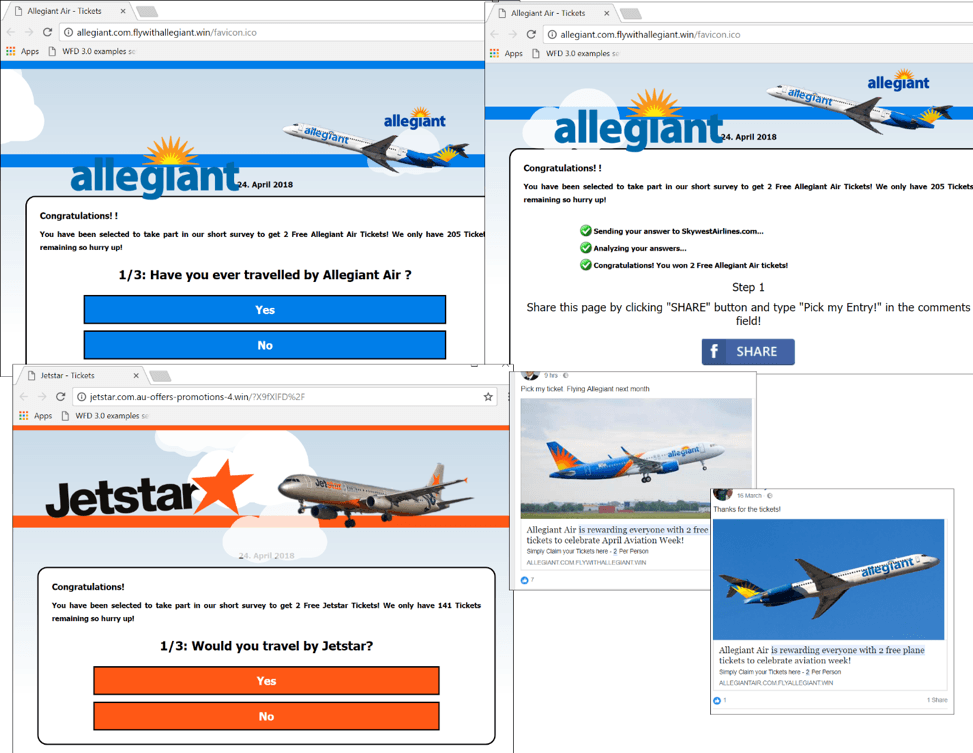 You can’t win, but at least you don’t have to lose

By now you should be clued in to the fact that such messages are fake. But so as not to fall for other similar tricks, be sure to follow these simple rules:

On this episode of the podcast, Jeff and David discuss personal data being sold on Facebook, cops trying to unlock an iPhone with a dead man’s finger, bad passwords, and more.