Mobile World Congress is always about smartphones. But if you stop looking for them and take a look from a different angle — you’ll find a lot of other stuff. As we headed to MWC 2016 with that goal in mind – looking with a different lens— unfortunately what we saw at the conference was quite scary. Read along to see why. 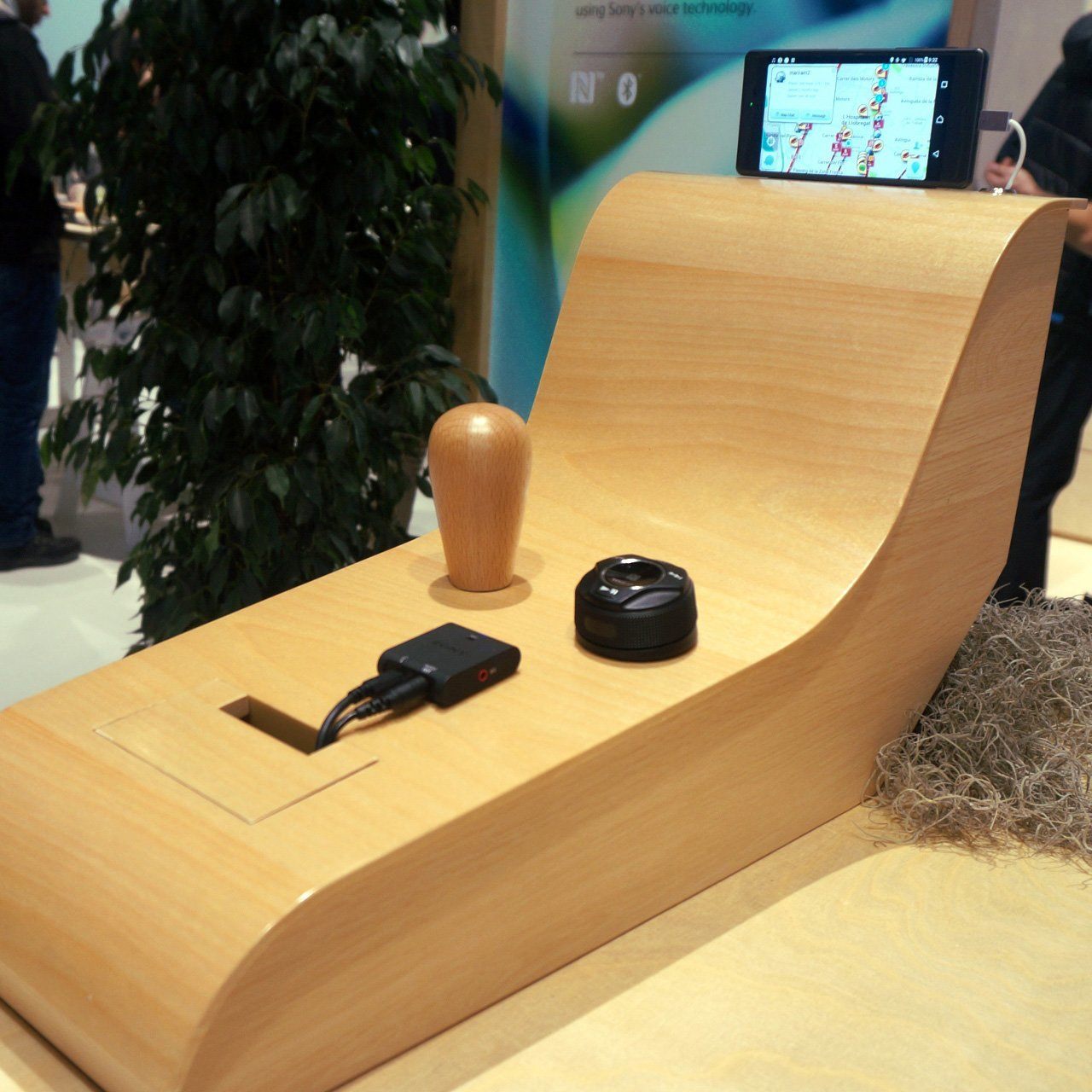 For example, Samsung revealed that Samsung Pay is coming to several new countries including Brazil, UK, Canada, China and Spain. While we have no reason to believe that Samsung Pay is not safe (while we do for Apple Pay). It is worth noting that a group of hackers broke into LoopPay recently. This is of note as this is the system behind Samsung Pay; acquired by the Korean company a year ago.

Samsung claims that those hackers wanted to steal the technology in order to create a similar system of their own, but there is no guarantee that they do not possess enough data to compromise Samsung Pay’s users’ accounts.

The Internet of Us is here. Would you get a microchip implanted under your skin? #ifa15 Full @wired article kas.pr/biochip (article in German). #internetofus

A few days before MWC Qualcomm and Tencet announced that a Qualcomm-based phone now supports biometric fingerprint authentication for payments in WeChat, the biggest Chinese messenger. While Qualcomm accentuates that these payments are super secure because of the Qualcomm Heaven framework, we all know that there are certain problems with fingerprint scanner security. So we can only hope that Qualcomm and Tencent have created a really worthy payment system, but it’s quite possible that hackers will find a way to compromise it — as they usually do with new payment systems. 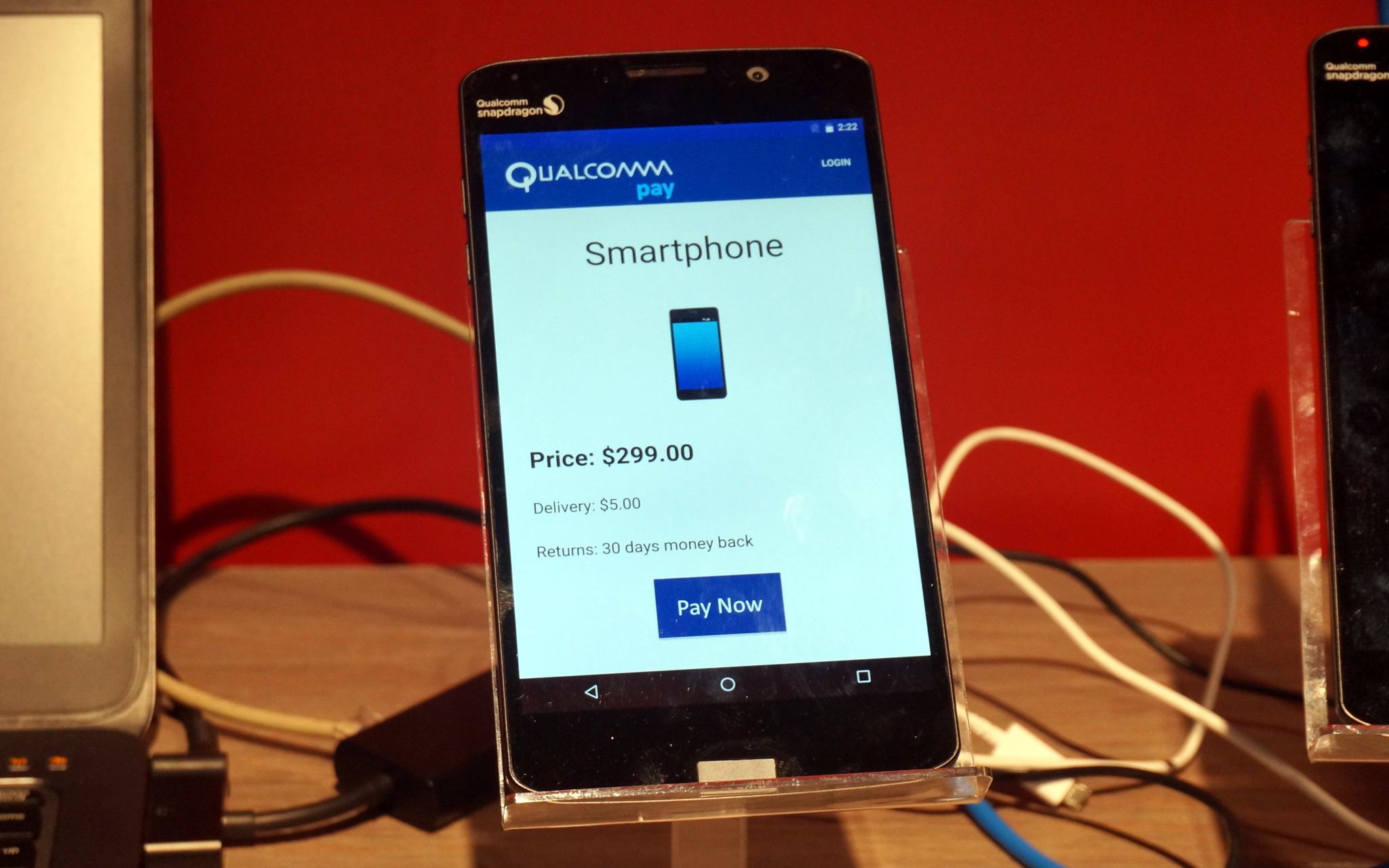 VISA is taking cautious steps towards the same direction. While one of the two biggest credit card companies is quite fond of contactless payments (e.g VISA PayWave), it’s engineers try to triple check everything to be sure their technology is absolutely secure — and that’s really music to our ears. Yet the concept of iris authentication is already approved within the company, and at MWC they showcased a fingerprint authentication system. Fortunately for everyone, it is in its early testing stage, and engineers are even thinking of making a two-factor authentication system using both a finger and an iris.

Great piece from our #MWC16 panel hosts @kaspersky on #cybersecurity and the #tokenisation approach: https://t.co/7cqd8gerhj

We asked the man working on VISA’s booth for his opinion on spoofing iris and fingerprint recognition. No, he’s not aware if it’s even possible. He did assure us that if it turns out that such things are actually possible, he’s quite certain that researchers would have to think of some additional security — for example, monitoring the blood flow in the veins which also has a unique pattern for every human. 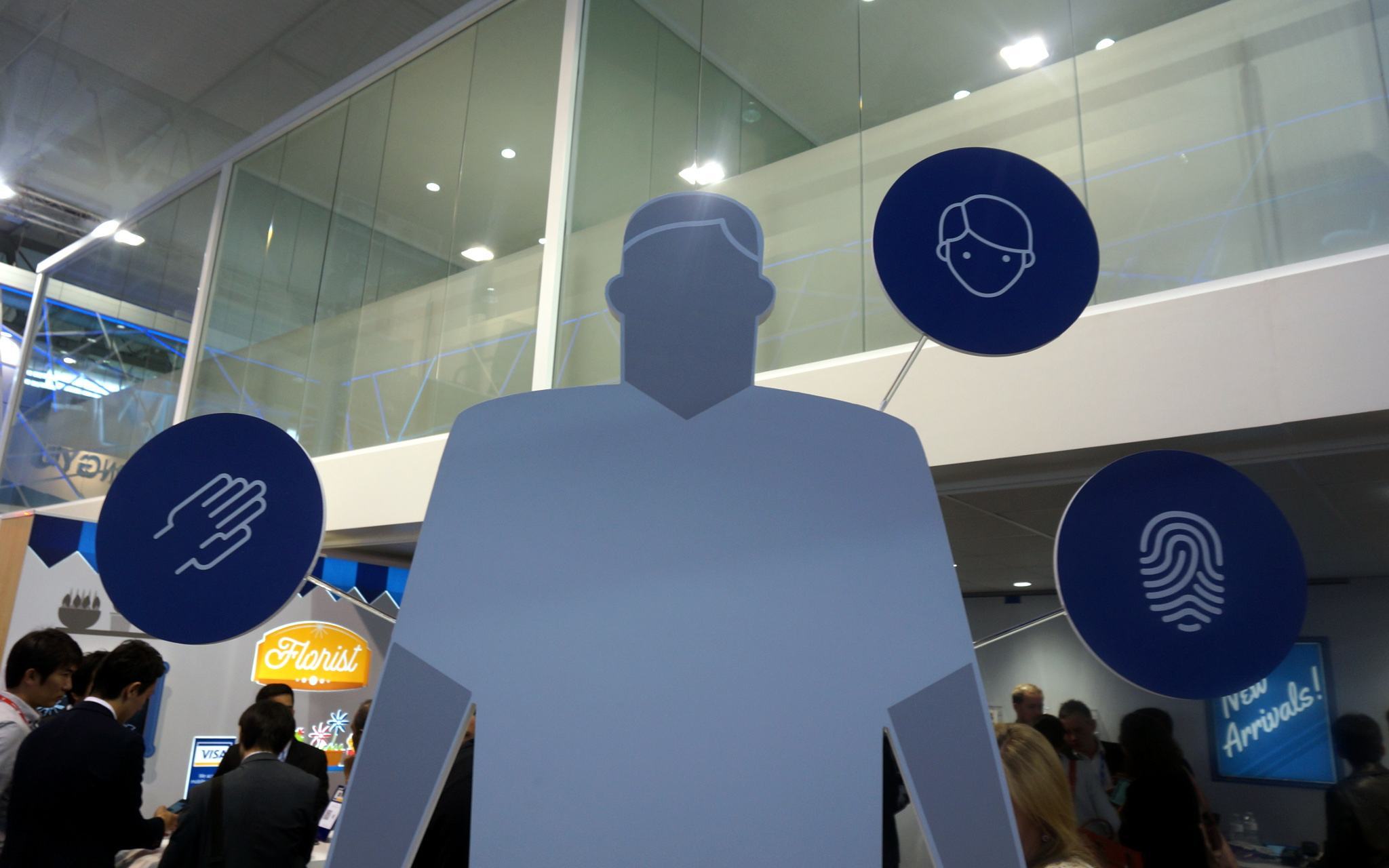 The video above shows that the system requires you not only to be in front of the camera but also to blink, so it cannot be tricked by a simple printed photo. But we’re sure hackers all over the world had accepted this as a challenge. Probably a video would be enough to cheat the system.

How easy is it for hackers to steal your face? https://t.co/SGtYtE1y63 #digitalidentity pic.twitter.com/Cz85TxEkYt

Biometrics is becoming a common things, fingerprint readers can now be found not only in the flagship phones, but also in those in mid to lower tiered price buckets. Huawei has even integrated a fingerprint reader in its new 2-in-1 Windows-based laptop/tablet MateBook.

At MWC, we talked with representatives from two fingerprint reader manufacturers. The new scanner that Synaptics had announced is as secure as possible: the data is encrypted, and Synaptics highly recommends that cellphone manufacturers use the special ARM Trustzone secure environment for processing this data.

At the same time the other fingerprint manufacturer, NEXT, has two types of sensors, and one of them does not encrypt the data. And NEXT does not stress the necessity of using secure sandboxes for biometric data, but is very aggressive in terms of pricing it’s products as low as possible. Since not many manufacturers consider security their top priority, we apprehend that these cheap and insecure NEXT fingerprint scanners may end up in a lot of devices, and that would make the aforementioned contactless payments with smartphones even less secure than they are now. 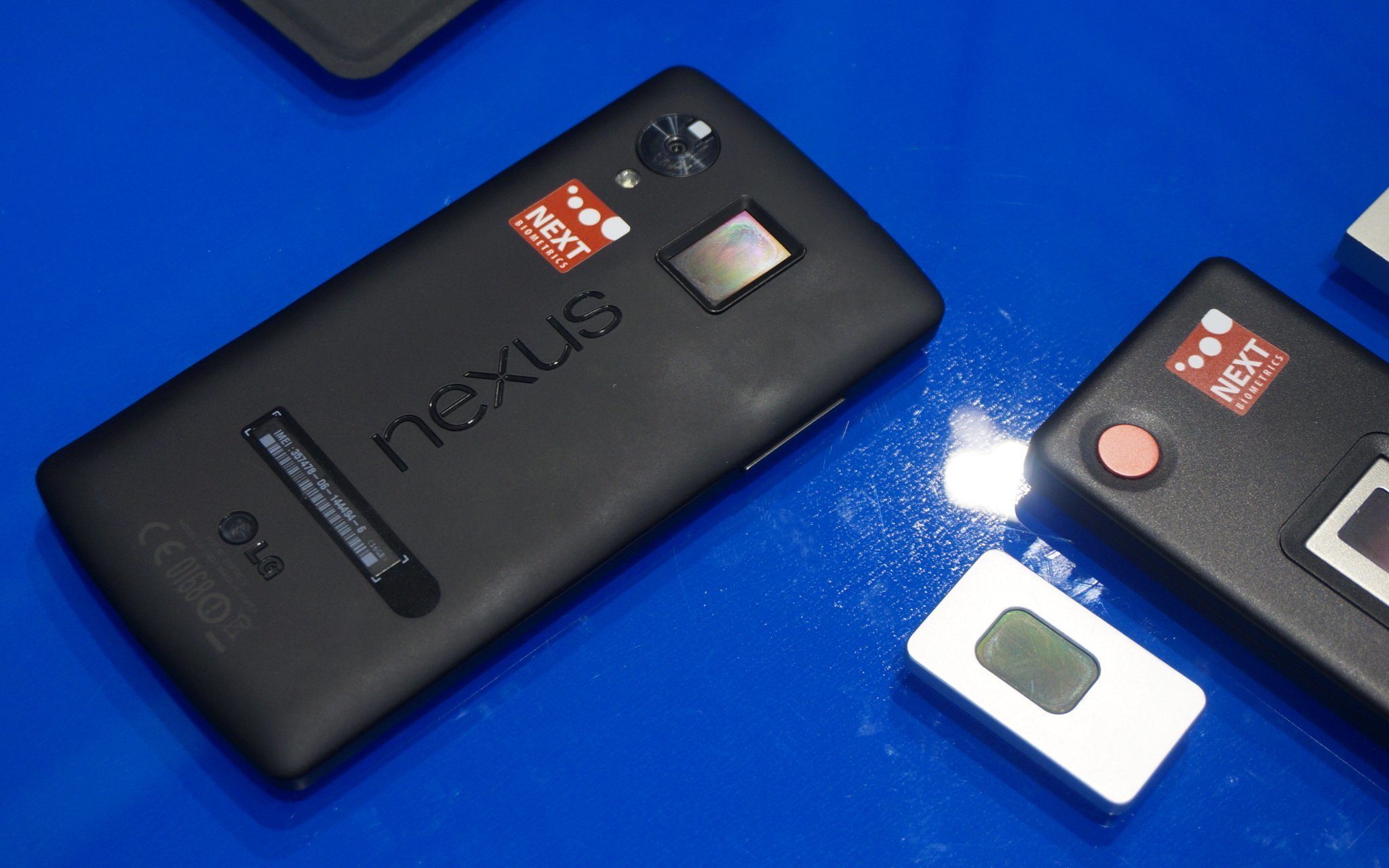 First connected, and then self-driving cars are certainly going to be our future. But for now car manufacturers are paying way more attention to on-the-road behavior and safety of these cars than to their cybersecurity. And researchers have already shown that cybersecurity is a must for every car that is exposed to Internet.

Samsung and Sony have both introduced their ‘make-a-connected-car-yourself’ kits that are compatible even with old cars. The one Sony has announced is connected via USB and Bluetooth and seems to be more like a controller for the navigation app in you phone. Compromising it probably won’t give the hacker much more that the destination you are heading, the music you are listening and the way to change those things. Nothing too scary. 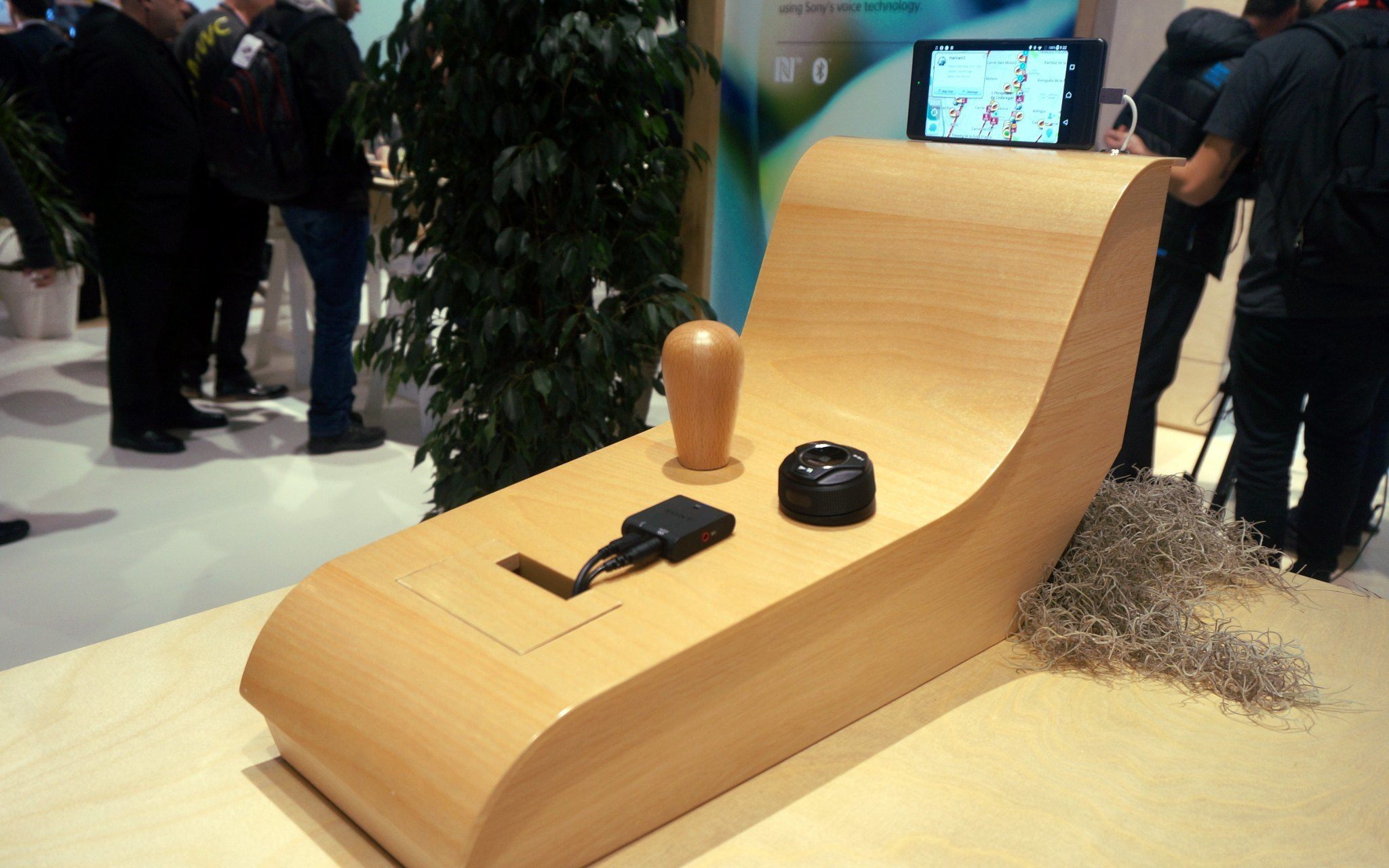 But Samsung has introduced a more complex device. One of its functions is to analyze the car’s vital signs, while the other is to serve as an in-car Wi-Fi hotspot. That means that this device is connected to an OBD II port in the car and to the LTE network at the same time. We already know that a car can be hacked remotely using OBD II, and Samsung is making that even easier by connecting it directly to the Internet.

A car can be super safe and have the highest grades in crash tests, but if it is prone to someone snagging the control and remotely gunning the engine — in certain circumstances all that safety is of almost no good. 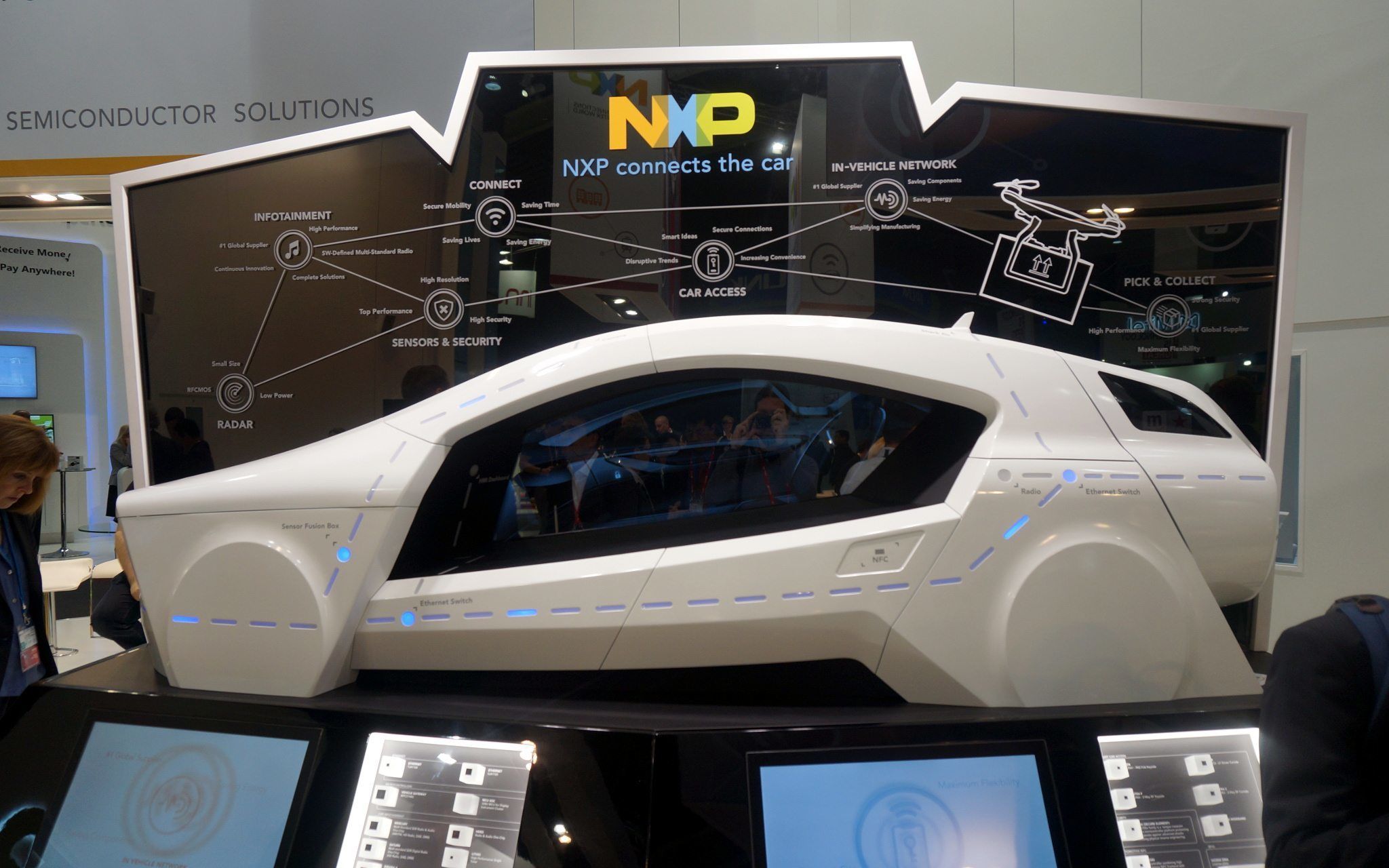 Not everything was super-scary at MWC 2016 — there were really interesting devices and good news. But all in all this year’s Mobile World Congress was definitely about everything becoming connected, and the more things are exposed to the Internet, the more ways are opened to somehow hack and compromise them. We hope that the next MWC will place more emphasis on securing all these connections. Yet we realize that the next Black Hat definitely will be about hacking all this connected stuff.

eSIM: What is it for?

The next step in SIM cards evolution is not about squeezing them into even more minuscule form factors, it’s about replacing them all — with a profile stored in connected device.