It’s not easy to be successful even in advantageous time, and it is even more challenging to stay best in class for nearly two decades. This year our company turns 18 years’ old and there are a lot of cool things, which we have achieved. 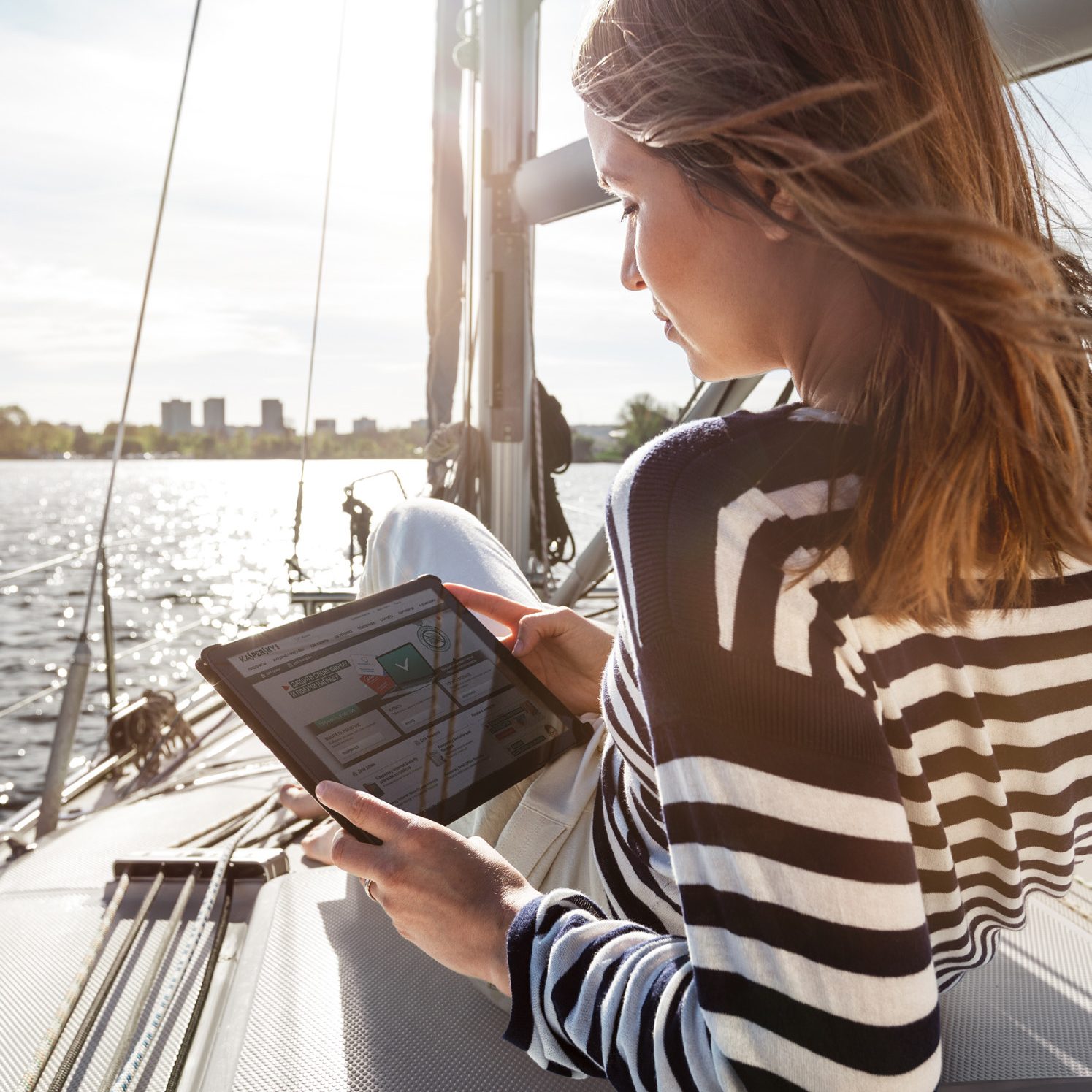 At Kaspersky Lab, we have always been more than just business. Over the years, there have been good days and bad days, but each time when Kaspersky Lab employees begin thinking of their career choice, they can be sure: our work saves people from real threats. There are few things more inspiring.

Kaspersky Lab cooperates with Interpol, Europol and police, fights cyberbullying and tackles cybercrime on a global level. Our work is not limited by anti-virus solutions development, although we do provide top-of-the-range protection to people, businesses and communities (which is annually proved by a number of independent tests). We also train people in the basic skills of Internet security and help young professionals develop their expertise.

Our employees call Kaspersky Lab “a company for people,” and the positive impact of this attitude reaches far beyond the boundaries of our offices. That is what matters the most.

Founded in 1997, Kaspersky Lab has evolved into an international company that operates in almost 200 countries and territories worldwide. Registered in the United Kingdom, we have 34 representative territory offices in 31 countries across 5 continents. The company employs more than 3,000 highly qualified specialists and this number is growing by about 7% a year. 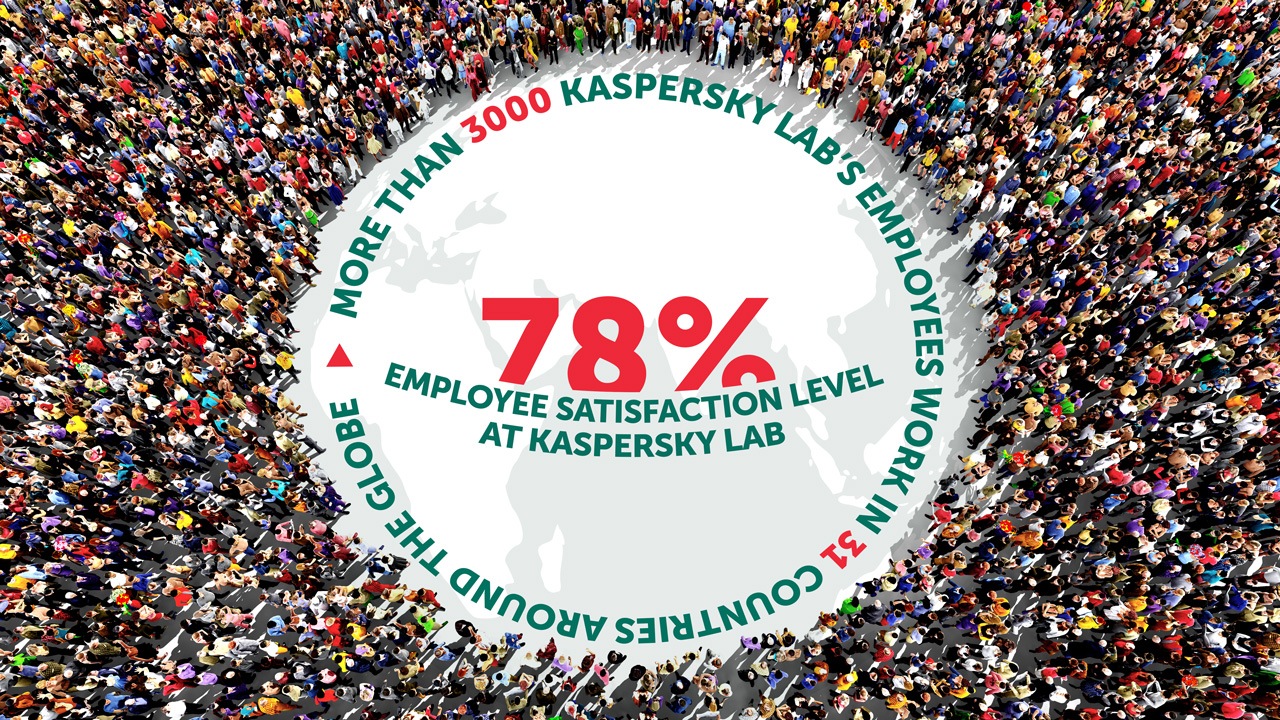 Employees at Kaspersky Lab find time to conduct their own charity initiatives. For example, Kaspersky Lab North America employees gather Christmas presents for disadvantaged families of Woburn and donate food for those who cannot afford it. Since 2011 colleagues in North America have donated US$ 65,000 for different kinds of charity projects. 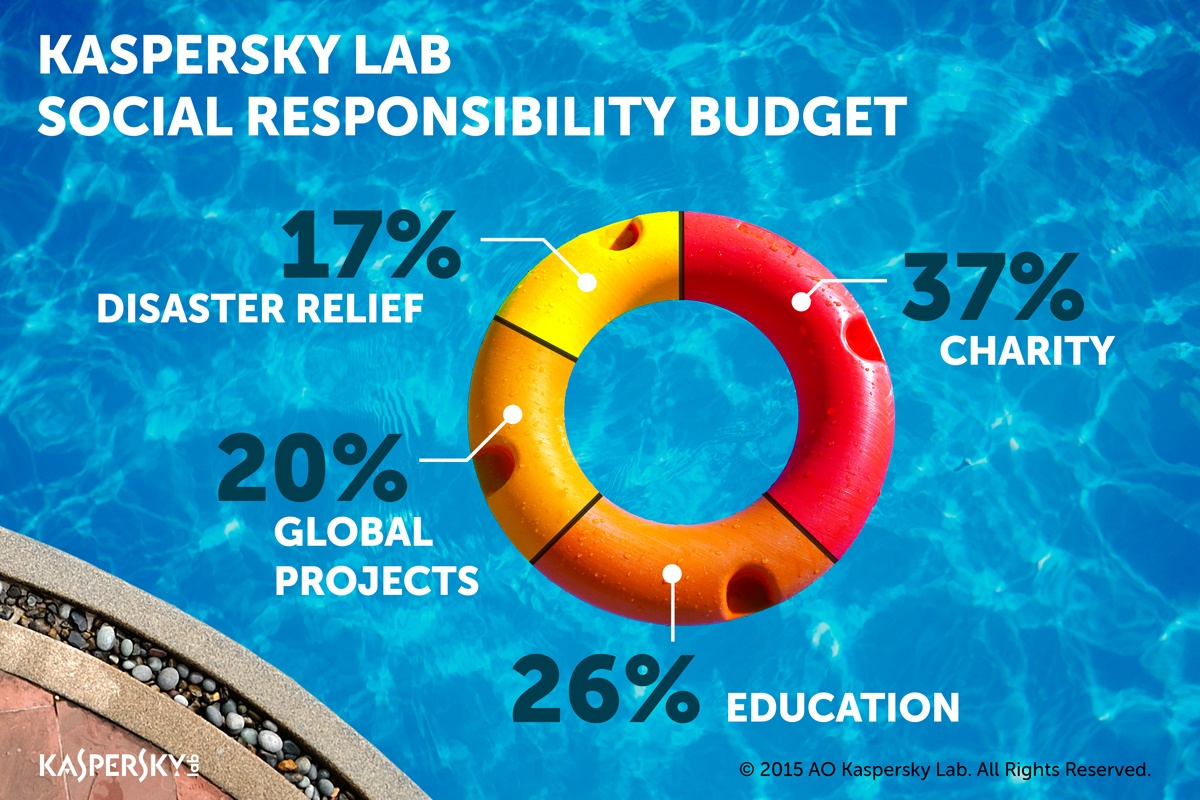 The team is not afraid to get their hands dirty if it is for a good cause. Last year employees of the NA office picked up shovels and cleared an emergency exit for a local zoo. In Kaspersky Lab North America employees get 3-paid days off each year to spend doing charity work.

One cannot make a world safer all alone. Solo heroes are excellent for comics, but in the real world you need to respect the concept of teamwork. In the beginning of 2014 joint educational project between Kaspersky Lab and the City of London Police started.

We held a series of exclusive training sessions in cybersecurity fundamentals designed especially for the City of London Police officers. The first ten officers visited Kaspersky Lab Headquarters in Moscow, where our Global Research and Analysis Team professionals trained them over the course of three weeks. It was not a theoretical course; basically, it turned to be so effective that the City of London Police Academy has since incorporated them into their curriculum.

We also have programs for teens and children. The Kaspersky Academy is a project created to support and develop young cybersecurity talent. Young people receive the opportunity to take part in a number of educational programs, develop their knowledge and skills and be noticed in the cyber security society.

We are also an associated partner of ENABLE Hackathon, which has been held as a part of European Coding Week 2015, Kaspersky Lab was asked to choose the best app in the anti-bullying category. We selected Youth Panel from Germany. They developed the First‐Aid App for smartphones against cyberbullying.

We’ve chose the German team because their app gives a simple and effective opportunity to support victims of cyberbullying. The team was awarded with a 3-day trip to Italy, where they can visit the Ferrari museum in Maranello, attend the Ferrari Challenge World Finals at the Mugello circuit and meet and greet a Scuderia Ferrari Formula One driver.

The trip to Italy and Ferarri museum was won by the German team. Well done! #EnableEU pic.twitter.com/VNYeihEIxO

At Kaspersky Lab we are going to use our strength — the things we can do the best — to make world a safer place. Yes, we can’t do that all alone, but we don’t have to — as 80 millions of people help us. This is how much volunteers are connected to our cloud security network, called Kaspersky Security Network. And you know, joint efforts pay off! KSN not only helps us enhance the usability of our products, it also makes it possible to deliver data on newly emerged threats and their sources in less than a minute — 40 seconds.

When the core aim is to serve the others: #Kaspersky Lab reports its social responsibility #SaveTheWorld #SocialResponsibility

So we owe our thanks and respect to all the users who support us and help us save the world: with word, technology and good strategy.

In this edition of Security Week infosec digest we’ll cover three cases of companies being hacked and data being leaked and companies reacting on the incidents.