As we have mentioned, there are many ways to compare anti-virus software, but the most straightforward, we believe, occurs when researchers simulate real user behavior, and are confronted with online threats relevant today. When it comes to keeping you digitally protected, we take our job very seriously. Kaspersky Lab’s mission is to keep all users free from cyber security fears. From families surfing the web privately at home to the world’s largest corporations who are looking to keep their employees’ computers’ free of viruses, we are dedicated to ensuring we’re offering the most secure solutions available. That’s why we’re pleased to announce that Kaspersky Plus has recently been awarded first place and received AV-Comparatives’ highest Advanced + award in a four month test conducted by independent researchers. 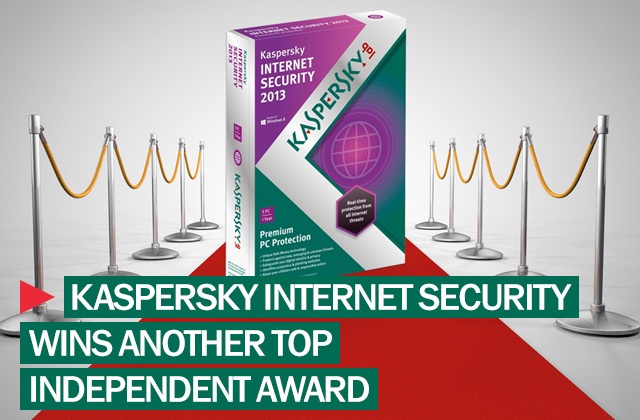 AV-Comparatives is one of the most authoritative international testing organizations, and has repeatedly been offered high awards by IT experts for the methodology it uses to test products. This particular testing was conducted on computers running under Windows 7 with popular applications installed like Adobe Reader, Flash, Flash Player ActiveX, Apple QuickTime, Microsoft Internet Explorer, Office, NET Framework, Mozilla Firefox, Oracle Java, and VideoLAN VLC Media Player. These specific apps were chosen because cybercrimials often target their users when exploiting PC users.

The goal of the testing was to analazye how effectively security solutions could detect and block ‘In the Wild’ threats. Out of the 1,972 threats that were used during the 4- month test period (taken from real-world Internet malware attacks dating from March-June 2013), Kaspersky Internet Security blocked all but two and returned just one faslt positive. Rival products averaged 8 false postitives. Furthermore, during this time period KIS results never dropped below a 99.8%, and in both March and may it delivered 100% protection.

Oleg Ishanov, Director, Anti-Malware Research at Kaspersky Lab, stated that “The nature of the IT security industry, unlike many other related areas of software development, makes it impossible to rest on the laurels of one good product and release only sporadic updates. A top-quality security solution demands constant work to improving malware-detection technologies. This ultimately results in the consistently high level of protection which our product provides. Long-term tests, such as the test by AV-Comparatives, are very useful as they clearly demonstrate the quality level of such solutions.”

How Many PCs/Macs/Tablets/Smartphones Do You Have In Your Household?

In today’s age of technology, our various devices like laptops, smartphones and tablets are important places for storing sensitive data and are used on a daily or weekly basis. They