If your friend were looking for a job and asked you if they should come work where you work, would you recommend your company to them? Would you say nice things about your boss? And if you were recommending your friend come work with you, what would your sales pitch be to them? 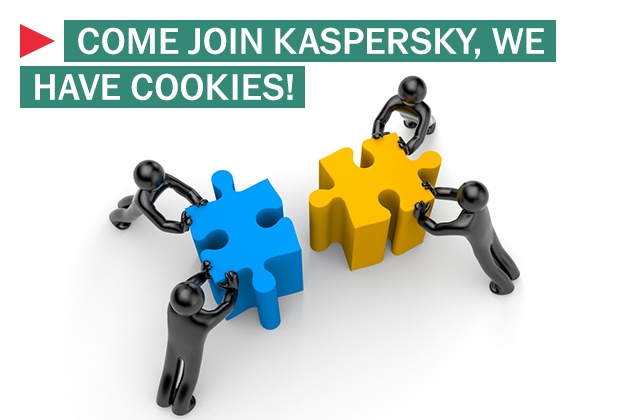 A large majority of Kaspersky Lab workers apparently would answer that first question ‘yes.’ According to a recent article on Forbes.com, a report from Glassdoor, a website that uses anonymous employee input to provide public information about jobs and companies, ranked Kaspersky Lab No. 21 among the 100 best software companies to work for. Underlying that ranking is the fact that 77 percent of Kaspersky Labs employees would recommend their company to a friend, while 83 percent approve of their CEO.

77 percent of Kaspersky Labs employees would recommend their company to a friend, while 83 percent approve of their CEO.

Apart from being a global leader in Internet security research and a leading authority on such subject matter, Kaspersky employees can pitch the novelty and excitement of their office space. After all, how many companies can tell their employees they have as many enticing and exciting things as endless cookies, high-level espionage and real-life trolls? And not so many can say their bosses win awards and honorary degrees on a seemingly regular basis.

Not surprisingly, the notoriously open-minded and casual office of Google earned that company the top honors in the Glassdoor study, with 90 percent of employees saying they would recommend their company to a friend and 95 percent saying they approve of their CEO. So kudos to Google and its employees. But do they have cookies?

Why we fight and will keep on fighting

Prague, 1998: The story of a breakthrough technology

Immune No More: An Apple Story

For a very long time, Apple and its pseudo-religious user-base prided itself on being a platform free of malware; those days are inarguably and unequivocally over. Its emergence as the