We cannot overstate the importance of updating apps from time to time for the sake of security. Use outdated apps and attackers could spy on you through a call on WhatsApp, hijack your Xiaomi using a bug in the built-in antivirus, or something else. But do you know where and how to look for updates? Let’s investigate.

Where do iOS and Android app updates hide?

Suppose you decide to update WhatsApp. What will you do? Go to the app settings? That would be logical — but pointless. Open your smartphone settings and peruse the app management section? Alas, that won’t help either.

In fact, all app updates are centralized and handled by the official store, which is the App Store on iOS and Google Play on Android. Those are the settings we need.

How to configure automatic updates in iOS

Worried that some apps might be out of date? It’s best to force them to update automatically. In iOS, you can activate this option in the App Store settings: 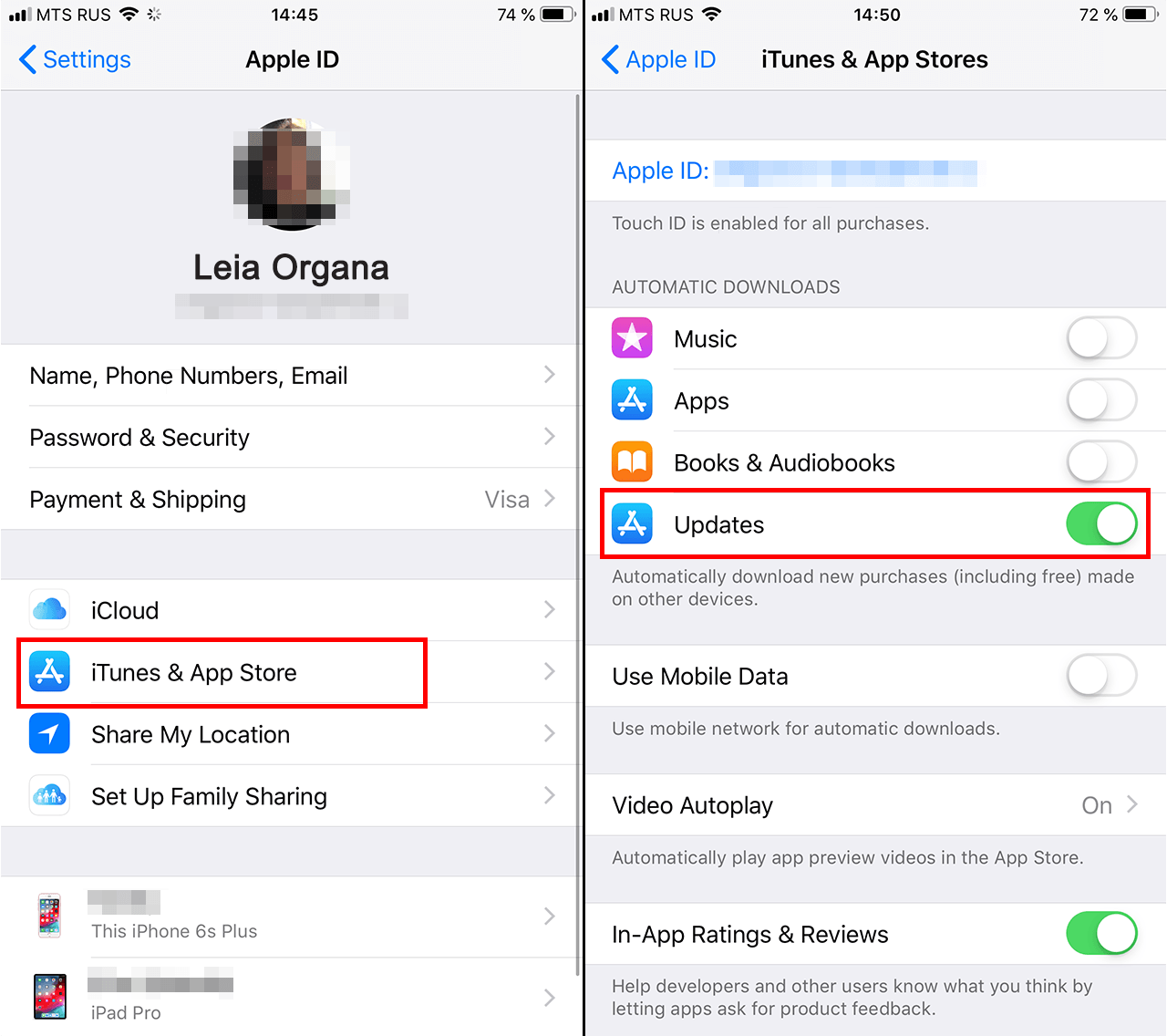 How to set up automatic updates in iOS

How to configure automatic updates in Android

Unlike with iOS, all relevant settings in Android are inside the Play Store app. To enable automatic updates: 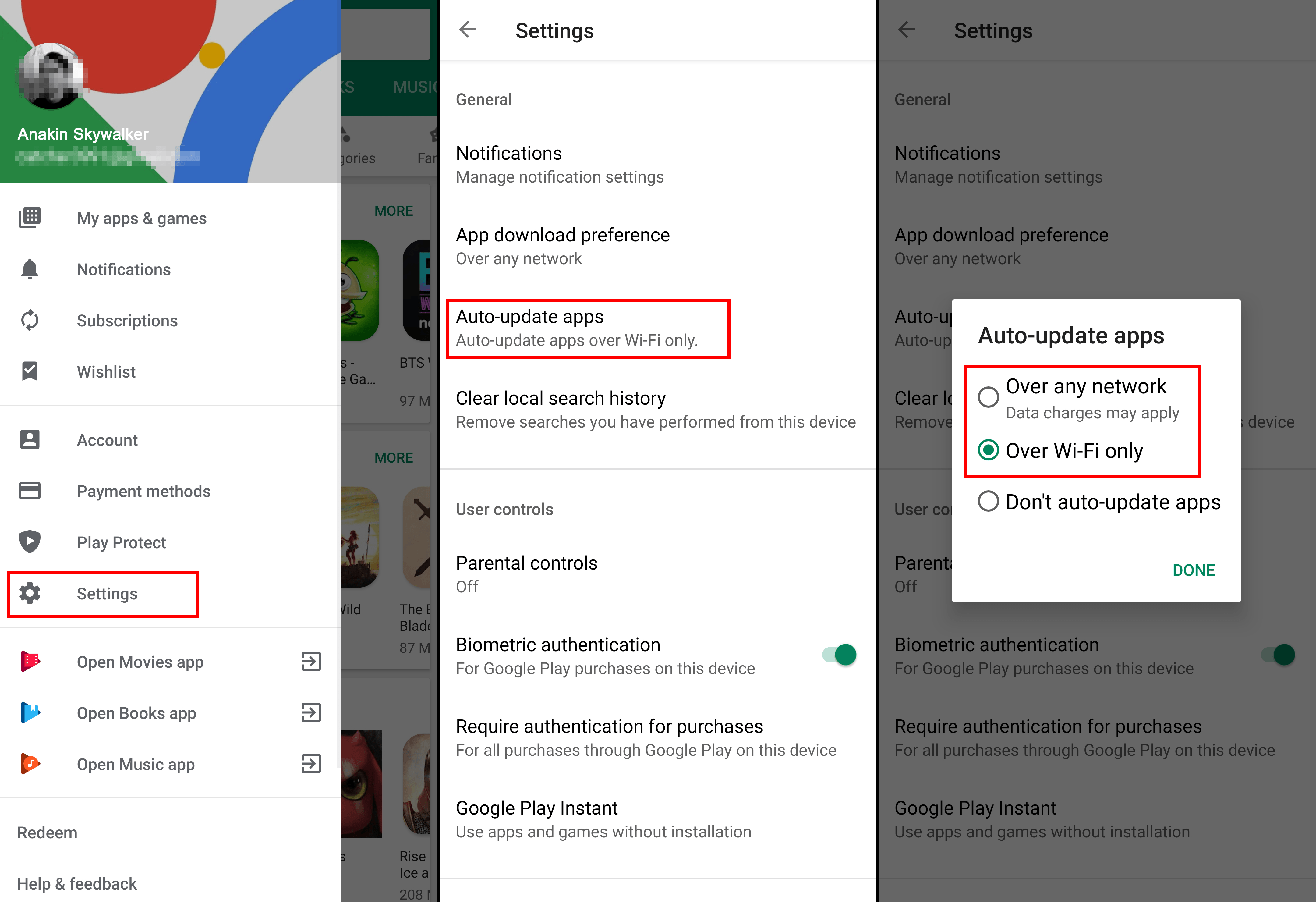 How to set up automatic updates in Android

How to manually update iOS and Android apps

What if you don’t want automatic updates? Let’s say you don’t have the very latest device, and there’s a risk that the next version of an app might be incompatible with it. Or maybe you’d just rather know before downloading exactly what’s new in the next version.

In this case, you will have to check for updates from time to time and install them manually. You are your own boss. The App Store helpfully indicates next to each update whether it will work on your gadget.

To manually update apps in iOS: 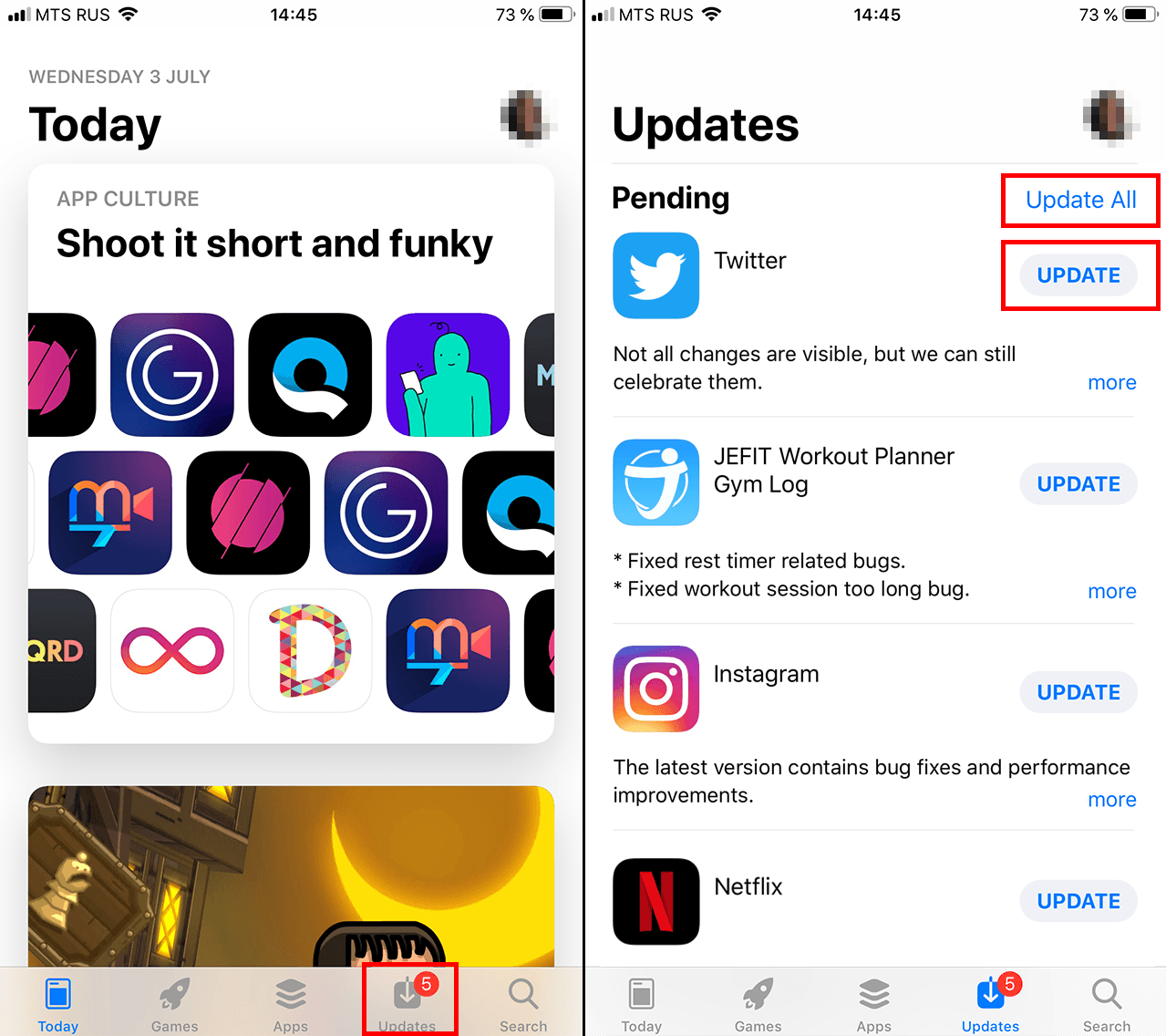 How to manually update apps in iOS 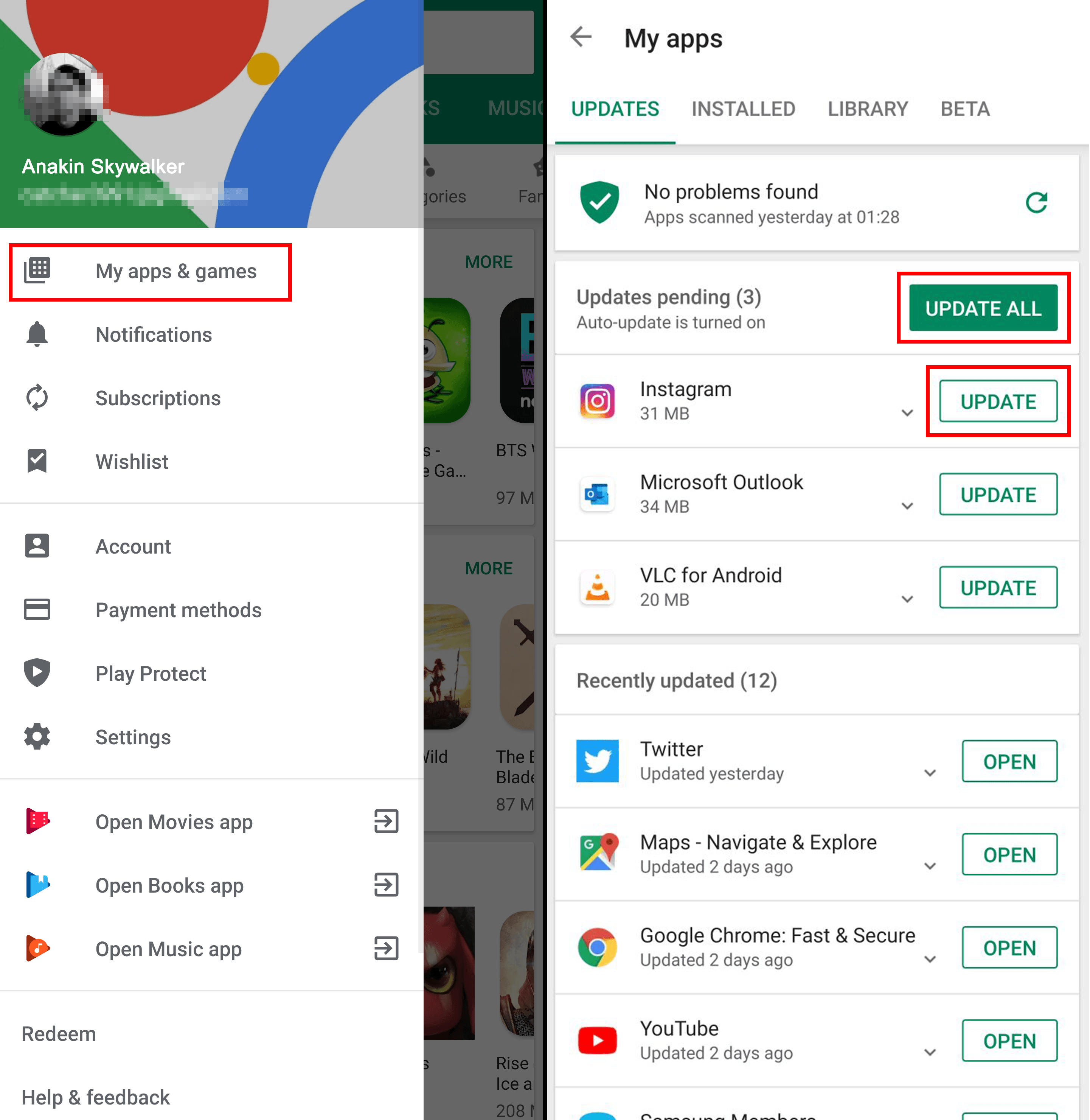 How to manually update apps in Android

As you can see, managing updates is fairly easy if you know where to look for them. Now spyware bugs in WhatsApp or anything else should be afraid of you, not the other way around.