UPDATE: A previous version of this article stated – citing a list on Github – that users on a site called HideMyAss were affected by Heartbleed. A spokesperson from that site reached out to us claiming that their users are not affected, and we removed them from the list of affected sites accordingly.
UPDATE #2: The post is updated with the list of affected services which officially recommend to change users’ passwords.

You know a security vulnerability is a serious one when NPR’s David Green leads into the 8 AM hour of Morning Edition talking about it. Such was the case yesterday morning, with the story of a serious encryption flaw – dubbed Heartbleed – in OpenSSL, perhaps the most widely deployed encryption library on the Internet. If you’re a bit confused about what this all means, don’t worry, I am going to attempt to unpack the whole story in the next 500 words or so. 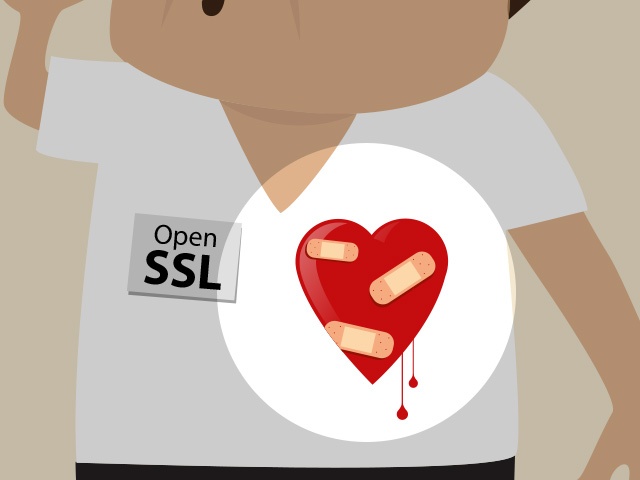 When you establish an encrypted connection to a website, whether it’s Google, Facebook, or your bank’s online branch, the data is encrypted using the SSL/TLS protocol. Many popular web servers utilize the open-source OpenSSL library to do this job for them. Earlier this week, the maintainers of OpenSSL released a fix for a serious bug in the implementation of TLS feature called “Heartbeat,” which could potentially reveal up to 64 kB of server memory to an attacker.

In other words, the flaw could have enabled anyone on the Internet to read the memory of a machine that’s protected by a vulnerable version of the library. In the worst-case scenario, this small block of memory may contain something sensitive – user names, passwords, or even the private key which is used by the server to keep your connection encrypted. In addition, exploiting Heartbleed leaves no traces, so there is no definite way to tell if a server was hacked and what kind of data was stolen.

Here’s the good news: OpenSSL fixed the bug. Here’s the bad news: there is no way to guarantee that those sites and services affected by Heartbleed are implementing the patch that mitigates it. More bad news: apparently the bug is pretty easy to exploit and may have existed for as long as two years. It means that the security certificates of many popular sites may have been stolen, as well as sensitive user data, including passwords.

The action plan for the user

Update:Mashable collected the list of official PR responses from affected web services. To save your time on table reading and certificate checking (more on this below), you can simply change your password on all these sites: Facebook, Instagram, Pinterest, Tumblr, Yahoo, AWS, Box, Dropbox, Github, IFFT, Minecraft, OKCupid, SoundCloud, Wunderlist. Use a unique password for each site! 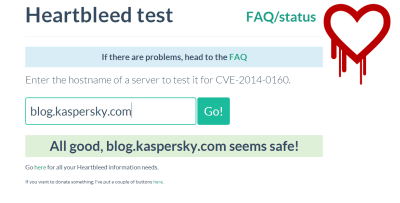 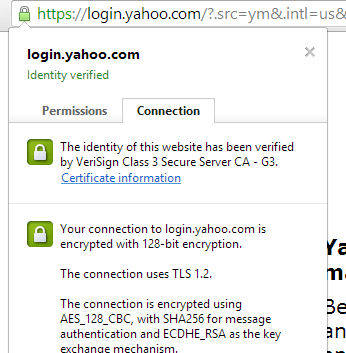 Two million passwords have been stolen. What about yours?

Android devices store data on the SD card and the internal space where apps are kept.