If we’re to believe all the headlines this week, then it appears that the one-time search giant Google has finally shipped off developer-models of Google Glass – their oft-mocked, thoroughly perplexing, and highly anticipated smart-glasses (or whatever we end up calling this brave new category of face-mounted computers). 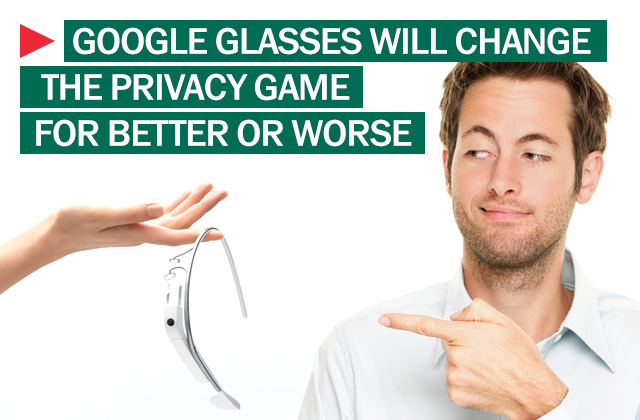 The Google Glass project and the Google Glasses it eventually created have been the source of some serious contention and speculation. To some, the incredibly expensive product represents an innovative and groundbreaking new technology. Yet, to others, Google Glass is a near-perfect and totally self-deprecating commentary on who we are, satirizing an increasingly global culture that demands new ways of connecting and sharing and is simultaneously obsessed with and willing to pay outrageous prices for ‘the newest thing,’ no matter how ridiculous it seems.

Really think about it: is there anything that could possibly encapsulate the spirit of the second decade of the third millennium better than Google Glass? We’re talking about an electronic pair of glasses, anchored to the ears (like most glasses) with a tiny computer display suspended in front of the human eye. There isn’t much agreed upon regarding this ‘latest and greatest consumer device.’ There is, however, an inescapably clear consensus that Google Glass wearers bear a striking resemblance to the VISOR wearing, space engineer, Geordi La Forge, from Star Trek: The Next Generation.

Everybody seems at least remotely concerned about how Google Glass will affect the consumer privacy landscape, which isn’t great to begin with.

All this aside though, Kasperksy Daily is a security site, and we’re interested in the extensive and far-reaching privacy implications of a computer that presumably sees everything its wearers see. Regardless of your personal thoughts on Google Glass’s necessity or lack-there-of or even what that says about us as a people, everybody (except Eric Schmidt, Larry Page, and Sergey Brin ) seems at least remotely concerned about how Google Glass will affect the consumer privacy landscape, which isn’t great to begin with.

Ironically enough, Mark Zuckerberg, whose social network Facebook has long competed with Google for advertising revenue, recently told the Telegraph that he was not only excited to get his own pair of Google Glasses, but that he has also set three of his engineers aside and tasked them with developing Google Glass applications as soon as they receive their advanced copies of the device. In the end though, Zuckerberg’s apparent endorsement is only ironic because of Facebook’s historically icy relationship with its rival Google. In fact, considering that Facebook makes an awful lot of money selling its users’ data, Zuckerberg is exactly the type of person that would be excited about Google Glass regardless of privacy concerns.

This could be a Sputnik moment for personal privacy. By that I mean Google Glass could be a huge turning point for consumer privacy. Unfortunately, it is equally and perhaps more likely that Google Glass will be straw that finally breaks the privacy-camel’s back.

At least one Seattle-based bar, the 5 Point, has rather publically exclaimed that it will not allow patrons to wear their Google Glasses in the bar. Apparently the 5 Point, with its eclectic clientele and its brassiere-laden moose head, is the kind of place that requires discretion, but really, the Seattle bar is just one real-world example of a coming war. All bars (and other adult establishments) are places of discretion in a way, and we should all be allowed to bury our faces in a cocktail or two without worry of some jerk recording us on anything, whether it’s a 1980’s-style, tape-based Camcorder or a fancy smart-something-or-other.

Google Glass could be a huge turning point for consumer privacy.

This bar-example is something of a novel privacy concern in the broader context. Not to downplay personal and consumer privacy concerns, which are topics of great interest here at Kaspersky Daily, but the major tech companies have been, at best, indifferent in terms of their regard for consumer privacy. One thing that no one is indifferent about, however, is copyright and the infringement of it. If you think that the 5 Point is being aggressive in their Google Glass policy, just wait until you see the policies enacted by the National Football League, Hollywood, and any number of other organizations that are already testy about unsolicited recreations of their products. The reality is that it is already easy enough to secretly film whatever you want, and it’s about to get a whole lot easier now that Google’s bringing the Web and all of its tools to your glasses.

And this idea of secretly filming whatever you want is small-beans in the grand scheme of things, especially, as stated previously, when you can already do that. The more concerning thing than secretly recording someone or thing is that fact Google can very un-secretly track your location and behavior, which is already an enormous issue of major concern in the age of smartphones and laptops. The truly watershed privacy change that Google Glass is ushering in is the possibility that Google, or any other electronic spectacle manufacturer, will now have the capacity to see whatever the people wearing these devices can see, which really makes our privacy concerns regarding BlackBerry’s ‘Show What I’m Listening To’ feature seem rather quaint at this point.

It’s that time of year again: when you put away your winter clothes, realize you haven’t gone to the gym nearly enough to be ready for swimsuit season — and