Recent, urgent reports about global cyberattacks revealed that most victims were large businesses. That doesn’t mean ordinary computer users should relax. What causes trouble for big business does affect us personally — and not just because WannaCry or ExPetr (aka Petya and NotPeyta) can infect your computer as well.

It’s easy to forget, but large corporations’ primary focus is the production of goods and services that we rely on. Consider the types of corporations that affect us all directly: food producers, suppliers, shippers, stores. Transportation, from traffic lights to the websites that sell us plane tickets to air traffic control. Banks. 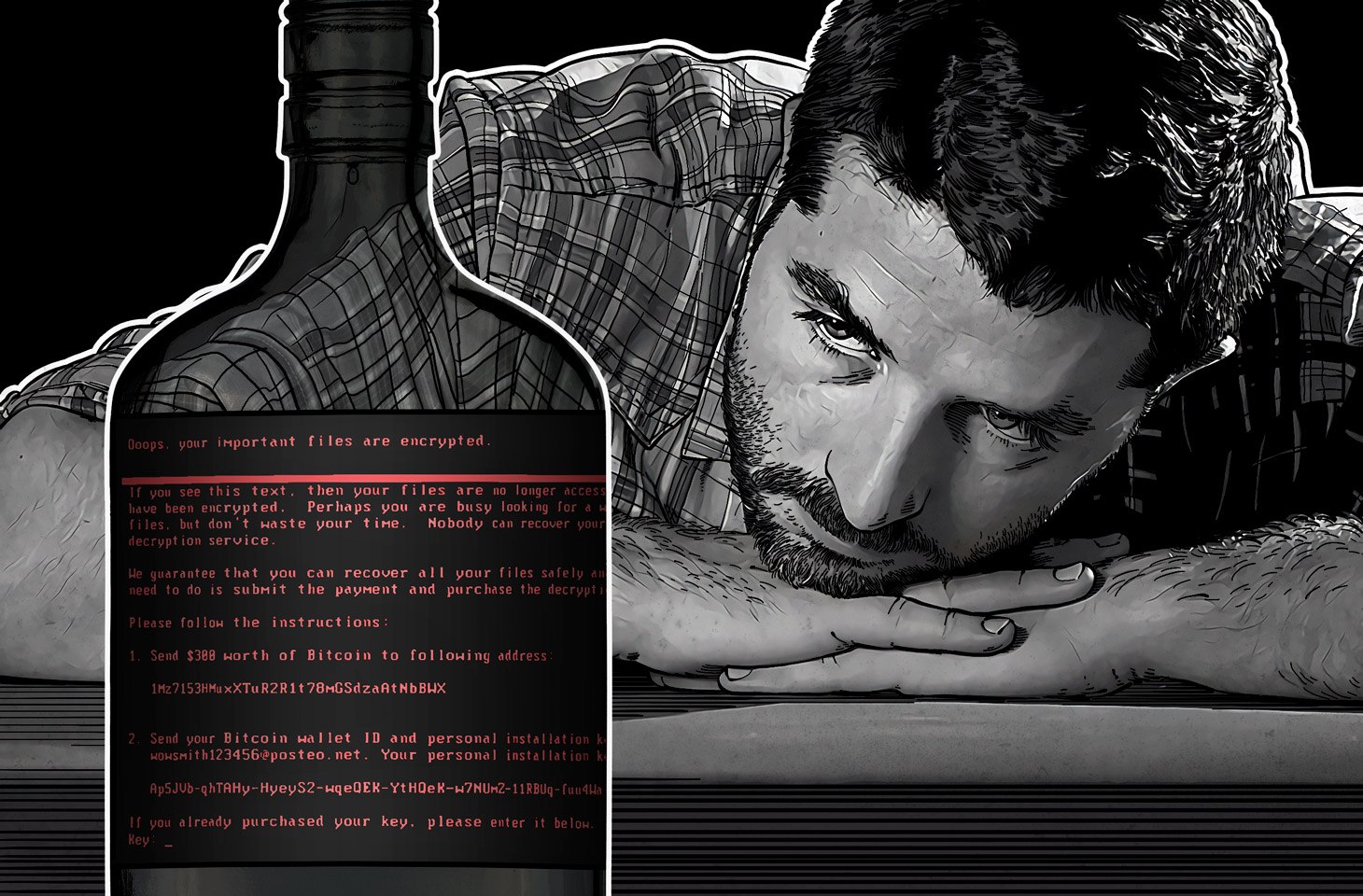 Or maybe the store chain itself is under attack by the virus. Nothing can be bought at the stores; no cash registers are operational. Long queues form with people crowding, arguing, and hoping that the crisis will soon be over.

Or maybe the company that transports the chocolate bars on gigantic container ships has fallen victim to ExPetr too, causing problems with logistics at different ports and resulting in the suspension of chocolate bar shipments.

Now, let’s say the person is getting desperate and decides to leave the country in search of the elusive candy — or just to go on vacation. But the airport servers have been encrypted, so all flights are canceled. Tour operators are experiencing problems too; computer problems have forced them to stop selling their vacation packages.

At this point, some might forgive a person for wanting to drown their sorrows. Ooops! It’s not an option: Vodka, like chocolate, has been encrypted twice, first at the factory and then at the store.

The moral of this story is that even if your personal computer has not been attacked — even though the great majority of victims are corporate or industrial — the global epidemic of NotPetya concerns you. You can probably get your favorite chocolate bar at the corner store today, but realistically, a lot can change in a month, when new shipments are due from a manufacturer that wasn’t vigilant in protecting its systems against viruses. For example.

Is someone eavesdropping on you? Not on our watch!

Kaspersky Internet Security prevents eavesdropping through a computer microphone. Here’s how it works.