What is an exoplanet? A common definition is ‘an Earth-like planet.’ However popular this definition may be, the true definition of an exoplanet is ‘any planet orbiting a star other than Sun.’

What is an exoplanet?

In order to be validated as a planet, a stellar body should conform to three criteria. First, it should orbit a star. If it is a star other than the Sun, this stellar body is an exoplanet. However, if we take a look at our Solar system, there are many other object rotating around the Sun like the asteroid belt.

The third and final criterium: there should be no other stellar bodies on the same orbit, as the planet’s. This notion was the reason that Pluto was lowered in its rank back in 2006 and is now considered a dwarf planet.

There are numerous stars and thus one might think that there should be a lot of exoplanets out there. As of today, scientists are aware only of roughly 2,000. Researchers started to observe exoplanets only quite recently – just about 20 years ago.

[Video:] 20 years of searching for exoplanets. Watch the story of the pioneers. https://t.co/O6nGGFOkKb #K2SciCon pic.twitter.com/g4ViX8h6js

At the same time, it’s hard to tell when exactly astronomers first managed to discover an exoplanet. It may have happened in 1995, when a duo of Swiss scientists Mayor and Kelos proved that there is a Jupiter-like planet orbiting the Peg 51 star.

The first method is based on tracking movements of an observed star. It’s known a star and a planet interact – or, more precisely, it’s not just a planet orbiting a star, it’s the entire stellar system rotating around its common center of gravity, which is located somewhere close to the center of the star.

The planet itself is too small to study its parameters from Earth or satellites located in close proximity, but what can be analyzed is the stellar emission spectrum. As the star is moving, its spectrum will have the so-called Doppler shift. Having it isolated and measured during a considerably long time, one can calculate the rotation period of a star. Having assessed the mass of the star and knowing its rotation period, one can calculate the mass of the planet. Here we go, we have just discovered an exoplanet! Actually, half of the known exoplanets were discovered using this simple method.

Revolving close around its star, the exoplanet 51 Pegasi b is over 1000 deg C and has 1000 km/hr winds. pic.twitter.com/i828BbmBNy

The next method seems simpler but is in fact harder. It is based on observing the planet’s shadow moving across the stellar disk. If a telescope is aligned with the alleged orbital plane of the observed planet, sooner or later we would see that the stellar glare fades a little, due to the partial eclipse of the star, caused by a planet passing across the disk.

But this method has its drawbacks. First, the glare fades for just 0.0002%, which explains the need for highest-precision equipment. Second, the star might have spots which are darker and thus could be mistaken for a passing planet. Thirdly, space garbage can also affect the stellar glare, thus spoiling the results of the research. 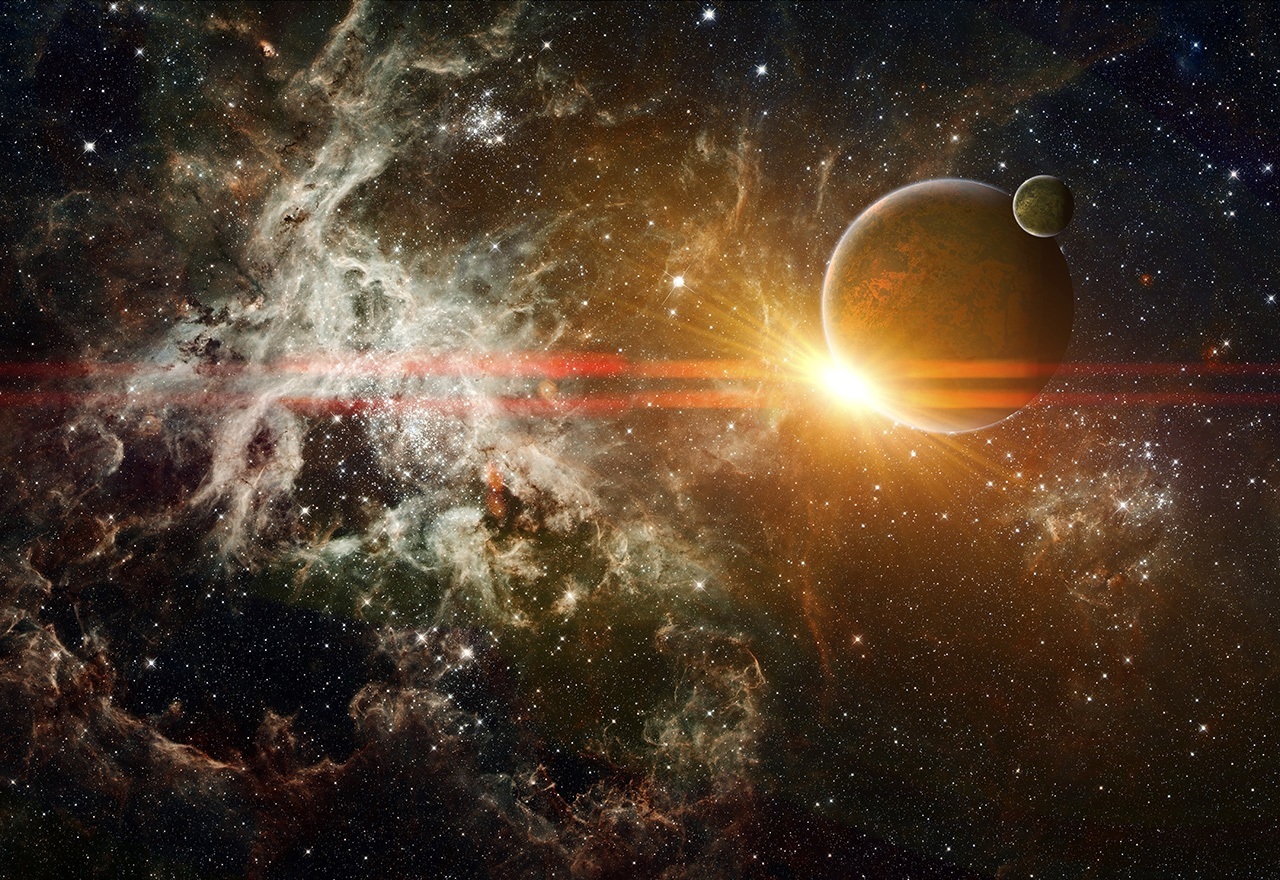 There is one more method called microlensing. According to the theory of gravitation, physical bodies distort the surrounding space – the larger a celestial object, the more profound the distortion. As a result, if a massive object passes between a researcher and the object of the research, the resulting distortion allows to register intensified glare of the object of the research, which reminds of a flash.

This flash could be seen only if the bypassing object’s glare is weak. The situation when conditions are favorable for this method of research is highly unlikely, so astronomers need to keep an eye on a multitude of stars simultaneously, waiting for the flash to happen on any of them. This observation method became possible with the invention of the CCD matrix — like the one in your digital camera.

There are several reasons why microlensing is convenient for astronomers. First, it’s the most reliable method of research. Second, the telescope used to search for exoplanets doesn’t need to be aligned with the star’s orbital plane.

The fourth method of discovery is funny, yet functional. It allows the confirmation of the presence of an exoplanet using timings. The concept is as follows: you observe a certain periodic stellar activity, but you see that the cycle is disturbed for some reason. This reason, though, is simple and straightforward: there is another celestial body which influences the stellar activity – quite likely, an exoplanet. It’s a convenient way to discover exoplanets orbiting around either double stars or pulsars, which are characterized by rigid and observed cycles.

There are a couple of other methods of discovery which are not that widely used: for example, exoplanets can be discovered using the measurement of the star’s precise location or by direct observation of a planet-like object on the images obtained from telescopes.

Why exoplanets are of interest for us

There are two main reasons. First, space and it mystery always attracted humanity, and as technology advanced, people would immediately start using it to learn more about celestial objects. It was so with stars, with our Universe, and there’s nothing different with planets. 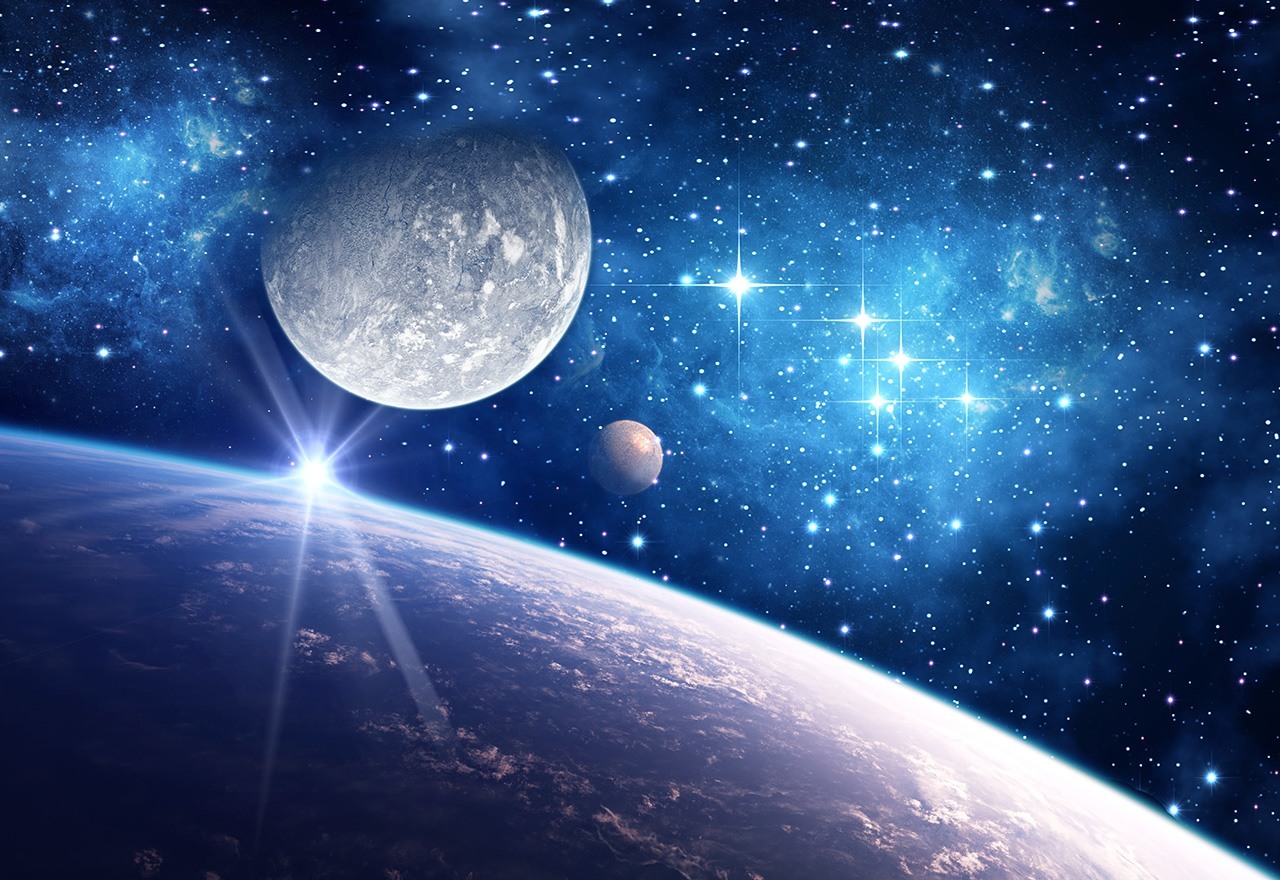 People are always curious to know if there is life beyond Earth. Exoplanets, in this respect, are the usual suspects. Each discovery of an exoplanet in the ‘habitable zone’ gets a lot of headlines, and that’s probably the reason why many people define an exoplanet as an “Earth-like planet”. The habitable zone is the region of space around a star which is neither too cold nor too hot to support organic lifeforms using liquid water.

Scientists find the closest #exoplanet to Earth that may have water, or conditions for life: https://t.co/E8LBVe4pxv pic.twitter.com/W3nrt9qcj5

This ‘not too cold and not too hot’ zone defines a certain range of distances between an exoplanet and a star. By analyzing a reflection spectrum of the said exoplanet, one can estimate whether this planet could have liquid water. Unfortunately, modern technology allows us only to make semi-accurate assumptions based on certain planetary parameters.

For instance, not long ago the Kepler telescope discovered an exoplanet on the boundary between the Swan and Libra constellations which was named Kepler 452b, and instantly baptized by media as “The New Earth.”

Kepler-452b orbits a star which is only 10% heavier that our Sun. Its orbital period is 385 days, with orbital trajectory similar to that of Earth. Kepler-452b has hard surface and the mass, which exceeds that of Earth by 60%. Summing up, it is a planet pretty much similar to Earth.

Good news so far, yet there’s one drawback: it is 1,400 light years away. Just to give you the sense of the scale, the closest star to Earth (excluding Sun) is just 4.2 light years away. However, it would still be fascinating to find out whether Kepler-452b is habitable. What if it really is?

Tip of the week: how to solve database update issues

How to resolve database update issues with your Kaspersky security solution.