It’s curious how the tone of the discussion has been changing since the topic of driverless cars first received traction in the media. This time last year, the majority of debates centered around when exactly this great future would be upon us (if it happens at all), this year the media started to discuss the consequences of this development. It seems we would have to, eventually, bid farewell to the good old steering wheel. 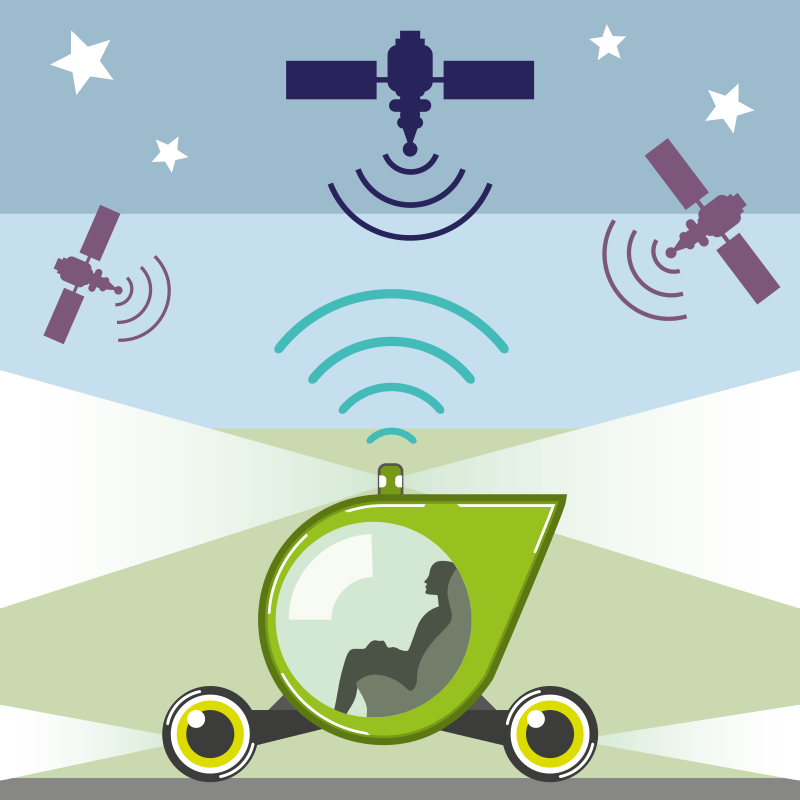 It is time to fantasize about the things we would have to leave behind in this brand new world, besides the enjoyment of driving itself and a great excuse to escape from after-work pub parties with colleagues.

If a car is driven by a robot, a passenger would have to entertain themselves somehow. It is not a problem for an average passenger, considering modern electronic devices, which are available in abundance.

However, there is a problem. When a person is not driving, the risk of getting sick in the car increases. According to a study by University of Michigan, six to ten per cent of adult Americans will be constantly affected by nausea and motion sickness in driverless cars.

This problem is usually caused by the conflict between the signals the brain receives through vision and the vestibular system. Reading, watching a video and similar activities would amplify the effect. Watching the road and sleeping act vice versa, as noted by Michael Sivak and Brandon Schoettle, the authors of the research.

Driverless cars: how to have breakfast while steering https://t.co/2QEjt8GLmx pic.twitter.com/Qyx2HbMfgq

That’s why the option of reading your Facebook timeline or watching TV while in a driverless car wouldn’t be available to everyone. It would be equally hard to stare at the road while the robot takes care of steering, steadily and impassively. The only feasible option left is sleeping, but modern cars are not very fit for it, as proven by many of us who tried to sleep in the car. Consequently, the best solution would be changing the car’s interior or medicate for the sickness.

2. Slow and steady wins the race

Driverless cars will be running slower than ordinary vehicles, so it is quite likely that designated lanes would be introduced on the highways to conform with this reality, according to Jared Ficklin, the columnist at Fast Company.

There are two reasons for speeding and violating the driving regulations, says Jared. Firstly, it is our overall lack of discipline and the habit of a last minute dash to an important meeting. Secondly, we do it to make up for the time wasted in the unproductive driving process (of course, there are people who truly enjoy driving and use it to relieve stress, but such cases are mainly exceptions).

#Driverless #cars: 5 consequences which are not so obvious

Fully-automated driving should eliminate both issues. Does it really matter, where you work on the laptop — in the office or on the road (provided you don’t get sick)? But a human in a hurry and a robot won’t match in the same lane, otherwise we’ll face high probability of heart attacks or even protests. That means, we won’t do without designated “slow-mo” lanes for driverless cars.

So, the time would come when we would need to search for roads where one could enjoy the old-school process of driving.

Disciplined robotic drivers who possess inhumanly fast reactions and are not prone to distractions like attractive women on the street or incoming messages do seem like a valuable contribution to safer roads. However, other research by Sivak and Schoettle question this finding.

It boils down to the fact that the transitional period would inevitably take decades. It takes a long time to renew the car fleet: even in the US, the average age of a car is 11.4 years. Also, there would always be old-school minded people who would not use driverless cars on principle.

Car #hacking is back & Charlie Miller & Chris Valasek no longer have to plug into cars to make them do their bidding. http://t.co/ooanZij7mc

The researchers think that robot — human interactions on the road would result in poorer road safety in a short-term perspective, at least for the latter category of drivers. An average driver, in most cases, relies on the ability to successfully predict other drivers’ actions.

The stats on car accidents proves that the accidents in which both participants are men are less frequent that those which involve two women. Sivak and Schoettle consider that this could be explained by the predictability of conduct for both men driving a car. The predictability of the robots’ actions cannot be grasped by human intelligence yet, even if both are driving in different lanes.

4. The taxi drivers are against it

Many people who live in large cities decide to favor cheaper car-sharing options above driving an owned car, which is getting more expensive to maintain. At some point, automated taxis would become less expensive than the traditional taxis: you don’t have to pay wages to a robot. The ‘two-vehicles-per-family’ principle typical for American households nowadays would likely become a luxury: the automated vehicle would be capable of driving several people to several distinct locations.

And, finally, when you are deprived of the joy of driving, a car would lose this ‘glamor’ which was so long attributed to it by pop culture. What’s the point of polishing the hood or buying a fancier car if it is just a trivial means of transportation, like a tram, or a bus, or a taxi?

In a nutshell, this trend will bring us cutbacks in production and sales of vehicles, the emergence and renaissance of car-sharing and many jobless taxi drivers on strike.

In order to compensate for this quite gloomy picture we drew above, let’s focus now on advantages driverless cars would bring us.

The imperfections of being human make us maintain safe distances between cars when driving at a speed. Robots do not care about this, so the bandwidth of roads will increase.

Parking would also become a piece of cake. First, the cars could park more tightly as the driver and the passengers could be dropped off earlier in a more convenient location. Second, the parking lots could be higher than 20 stories — it’s all the same for a robot to go that high. Third, it would be absolutely unnecessary to park in a city center: the car would just drop off the passengers and leave to search for a more affordable parking option.

And, finally, driverless cars would make you forget about queues to a car wash or a petrol station. The robot would choose the best moment to go there overnight, no matter what for: petrol, hydrogen, or a freshly charged battery.

In our attempts to get a glimpse of what awaits us there, in the future, we do not try to monopolize the truth. The future will vary, depending on where the persons overlooking it would be: in San Francisco or in, say, Novosibirsk. But the world is changing, right before our eyes.

We’ve created an infographic that shows how the Kaspersky Lab flagship antivirus software has improved over the last 10 years.