These days, when Internet comes to our computers, smartphones, tablets and other devices via a relatively cheap broadband connection, there’s no use in saving the traffic. We all know why it is so: we don’t pay anything for using Internet at work, we have quite inexpensive connection at home, there’re a lot of free WiFi hotspots (sometimes quite unsafe though), and even when we are on the go, there’s a mobile Internet which costs us not so much. But beyond the comfort zone there is still a cruel world with such a terrible thing as roaming, WiFi-hotspots with limited data plans, and other specific types of connections when one megabyte is worth its weight in gold. And that’s the time when our forgotten skills of monitoring and saving turn out badly with huge bills for 3G roaming, unexpected disconnections from the Net due to suddenly exceeded daily traffic limits and things of that nature. But there’s a way to solve the problem, and sometimes it takes no more than a couple of clicks. 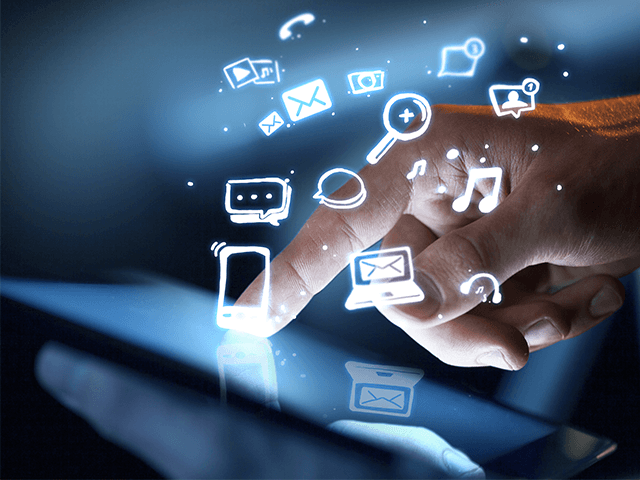 If you have iOS

Many owners of the iPhone, that have ever once used their smartphone abroad, faced a problem of uncontemplated traffic usage: even when in a standby mode, the device could utilize local 3G network to sync emails, download some data for apps or even update them. Consider this: when it comes to billing, the data in roaming often is rounded up to 100 kilobytes, and sometimes even up to a megabyte. The device, using just a couple of kilobytes every hour can easily eat up a significant part of your salary.

But thanks to iOS developers, now it’s much easier to keep careful track of your data usage as iOS 7 has acquired sufficient functionality for that. Just go to ‘Settings’, then choose ‘Cellular’ and here you are: now you can disable all cellular data or just data roaming (don’t trust it blindly as it can work improperly in some circumstances), or get some rough stats about how much mobile data your device have consumed. But the main thing here is behind the ‘Use cellular data for’ section: here you can find the list with all your apps and services using data. So now you can move the sliders to ‘Off’/white position for the apps you don’t want using your Internet connection. Any app whose slider is ‘On’/green will be able to use data, even when in roaming.

The data in roaming often is rounded up to 100 kilobytes, and sometimes even up to a megabyte, so your device, using just a couple of kilobytes every hour, can easily eat up a significant part of your salary when it comes to billing.

For those, who want some extra functionality, there’s a good choice of dedicated apps in App Store. There’s simple utilities for monitoring the traffic flow, and full-functional software capable of not only showing you how much data you downloaded and uploaded, but alerting you when it comes close to a limit. Just go to App Store and search for ‘data manager’ or ‘data monitor’.

If you have Android

Those who prefer Android phones and tablets are a bit more lucky in that particular case, as Google gives you more options for data usage control than Apple. Just navigate to the Android settings menu and tap ‘Data Usage.’ Here you can turn off mobile data or set mobile data limit. Click the last option and you will be able to see a red horizontal bar on a data usage graph. After that you can set the limit meter to match your data plan. Once you hit this level, your phone will turn your mobile Internet connection off and you’ll be limited to WiFi unless your re-enable your cellular collection manually.

Actually, this functionality should be enough for most of the time, but if you want even more options, there’s a decent selection of dedicated apps in the Google Play market. As long as Android allows applications to be deeply integrated into the system, some of them are really powerful tools.

If you have Windows

Yes, because of widely implemented 3G- and 4G-networks, there’s a need to monitor the traffic even on desktop and laptop computers, as they’re often used with 3G/4G hardware or smartphones, which act as modems. Several years ago there was no built-in functionality inside desktop operating systems to control your Internet usage, and you could only install some third party software or dive deep inside network policies settings. But things have changed significantly since.

One of the features in Windows 8 is that you can configure Internet connection cost settings. Here it’s called a metered connection. Actually this is like a profile or set of rules, so when a network is configured to be a metered connection, the system makes several changes to the way Windows uses the traffic. Computers with a 3G connection that use the native mobile broadband support in Windows 8 are automatically configured to be metered networks. In this case Windows will stop downloading patches (only critical ones will be arriving), start screen tiles will update themselves using no more than 50 MB per month, offline files won’t sync automatically, etc. The same thing happens to properly developed third party apps: they will show video in a lower resolution, delay non-critical updates, or even suspend all background network activities. Very useful, especially when you’re about to reach your data limit and still need to be online.

By the way, our new version of Kaspersky Internet Security is properly developed for utilizing metered connection in Windows 8. So when your PC is online using mobile network, there’s no need to turn the protection off to avoid extra costs, as there won’t be any. Our software will automatically change its behavior and will limit itself to consume the least traffic possible, but still will deliver you the same high level of protection for your privacy, your money, and your kids from Internet risks.

Test Your Brain Power in the Global Think Test