Big data techniques are used to solve numerous problems: to cure rare diseases, catch poachers in India or find the best time to top trees in New York. Insurance agencies use big data to facilitate more accurate pricing; banks, industrial plants and retail chains — to improve production rates and increase sales; police and security specialists — to catch criminals. And in this post we are going to focus on that last one. 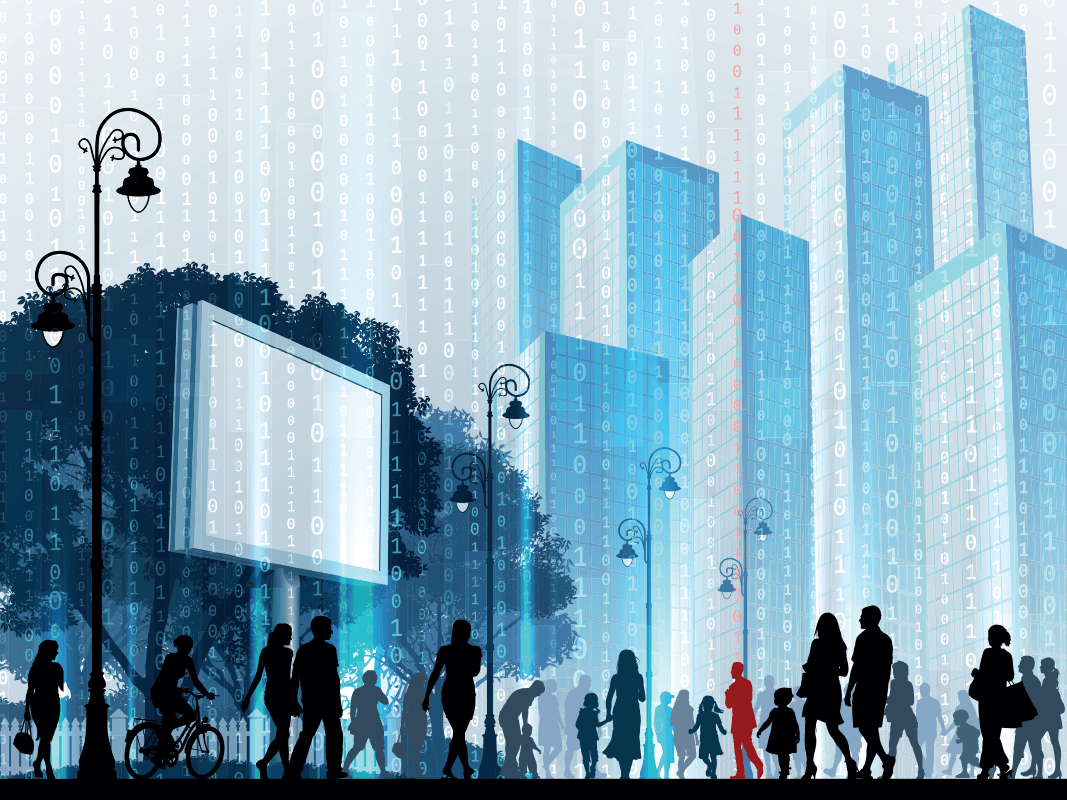 Criminalists are sure that crime has its own patterns, just like any other human activity. While it’s rather hard to forecast individual behavior, analytics can predict reactions of specific human groups with considerable accuracy.

While common users know nothing about the great potential of big data, discuss the benefits of it or get afraid of Big Brother surveillance, analytics are studying this subject deeply to differentiate false signals from really dangerous ones, for example, to prevent financial crimes.

Big data gets a bad rap, but here's 10 projects that are truly great – http://t.co/uzz0TgOcJO pic.twitter.com/oqzy8RJsBH

Sometimes police uses big data to deal with already known information in a more efficient way, for instance to detect the most dangerous city arias. Take a look at this London map with ‘hot spots’ marked in red: 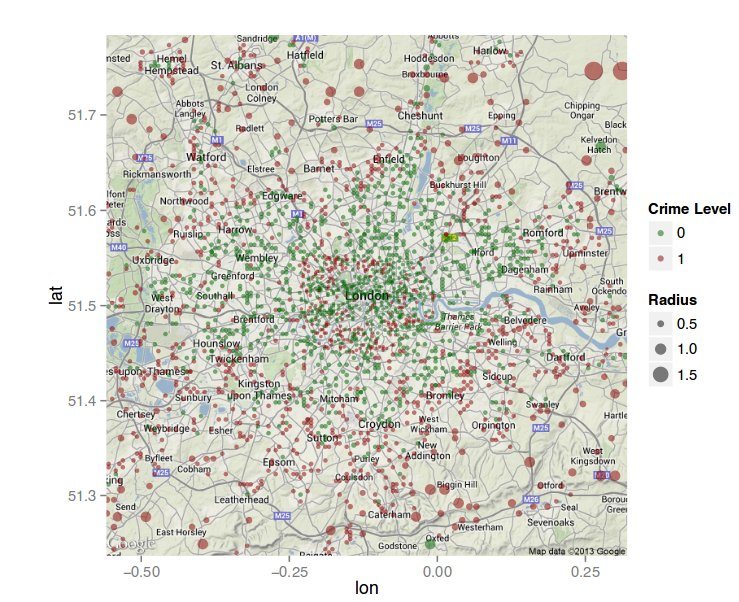 Similar security solutions are already used in police departments of Seattle, New York, and Los Angeles. The last one has already reported significant performance improvement that included a 33% drop in burglaries, a 21% decrease in violent crime, and a 12% reduction in property crime.

High technologies help police to take measures even before someone calls 911. Every bit of data is valuable: photos, updates and check-in statuses on Facebook and other social networks, truancy stats from local schools, medical findings, shopping data, records from public surveillance cameras, etc.

Besides, data analysis helps officials to determine various trends, e.g. the fact that criminals use guns and bullets as a sort of currency. Social networks where criminal themselves upload important data become an invaluable source of information, especially Facebook and Instagram.

Experts say that analytical systems can successfully cope with predicting street crimes, such as auto thefts and homicides. They are also good in forecasting street riots and acts of terrorism.

Forensic Logic helped police detect several criminals at large. Company experts combined data from the databases of some 80 towns within Los Angeles County and found out that criminals went underground moving from one police precinct to the next one.

An expert team from the Department of Criminology at the University of Pennsylvania developed an algorithm based on a variety of data, including reports from local police precincts. It is used to detect potential victims of a homicide. Police uses the data to warn people at risk.

Probably the most well known company that develops solutions for crime prediction is Palantir, who has recently stepped out of the government services arena to the commercial market.

Palantir’s software can work with a bunch of messy information: DNA data, audio and video recordings from different sources (including records from public surveillance cameras), register license plates to monitor car turnover, and many other global options.

This solution was already used to prevent acts of terrorism in several countries. It was also used in Afghanistan to predict insurgent attacks. This software successfully located Mexican drug cartel members who murdered an American customs agent.

Palantir is currently raising a round that could total $400 million at a valuation of around $15 billion: http://t.co/dnehSntPk8

It solved a number of other cases: It tracked down hackers who installed spyware on the Dalai Lama’s PC. And in another important case: Palantir helped to catch a child molester an hour after the abuse. Software detected him on the video recordings taken by public surveillance cameras of New York City.

How #BigData helps to catch #criminals

Forbes writes that Alex Carp, CEO of Palantir, esteems privacy. The company of a muscular bodyguard named Mike follows him everywhere. Mike protects Carp from extremists, who have already have sent him death threats, conspiracy theorists, schizophrenics, and all other kinds of intrusive people. That’s the price of success, and a huge one: Allegedly, Palantir also helped authorities to locate Osama bin Laden.

Using math to catch a cybercriminal

Flightradar24 allows you to track what’s happening to any particular aircraft taking a family member or friend to their destination. Let’s find out how this service works.