So, you’ve downloaded the latest Candy Ninja: Battle Royale to while away a couple of hours on your iPhone or iPad, but the first thing you see when you open the app is a prompt: “Allow “Candy Ninja” to track your activity across other companies’ apps and websites?” What exactly does that mean? What’s the risk? What are the benefits? And why didn’t your friend get that notification on their iPhone?

What is App Tracking Transparency?

Apple is always saying how much it values user privacy and data confidentiality. Within that paradigm, in January 2021, the developers of iOS, iPadOS, and tvOS promised that version 14.5 and later of these systems would support App Tracking Transparency. 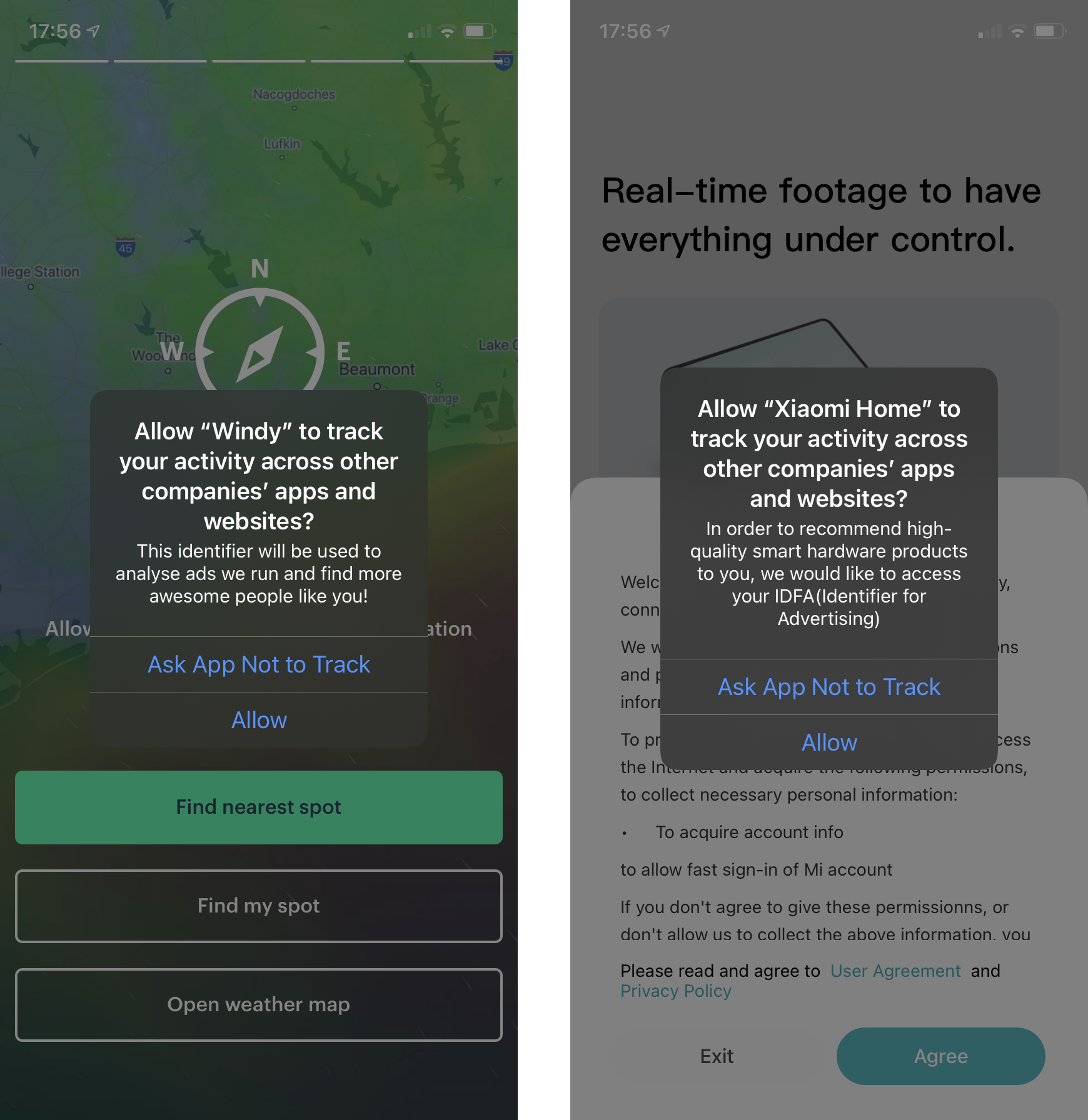 Tracking requests in iOS 14.5: “Allow App to track your activity across other companies’ apps and websites?”

According to Apple, the request should clarify the relationship between app developers and device owners. If a hypothetical flashlight app or social network client collects information about your actions and passes it on to advertisers, allowing them to link it to you, you should not only know, but also be able to opt out.

Opting out does not affect app performance, so there’s no downside in rejecting tracking requests. On the other hand, even if tracking is disabled, you’ll still see ads; they just won’t be personalized.

Responding to app tracking requests in iOS, iPadOS, and tvOS

To stop advertising networks from tracking you through iOS, iPadOS, or tvOS apps, select the Ask App Not to Track option each time you see the prompt.

If for some reason you prefer personalized ads or want to support developers in that way, choose Allow.

If you don’t want to be bothered by tracking requests, you can turn them off completely. That is, opt out of tracking in all apps once and for all. It’s easy to do:

Why don’t I see tracking requests on my Apple devices?

IDFA used to be handled under Apple Advertising -> Personalized Ads, which can still be found in the iOS privacy settings. If you turned off personalized ads at some point, Allow Apps to Request to Track was set to off by default. If you’re not seeing tracking requests, that’s probably why.

Advertisers lie awake at night worrying about users turning off tracking. Some developers, such as those on Snapchat’s team, are already working on ways to get around App Tracking Transparency, which in theory would allow them to keep profiling devices and their owners.

The changes are good for users, who can choose, among other things, whether to share private details and with whom. Another positive sign for consumers: The more platforms fret about data protection, the less likely our digital fingerprints are to fall into the wrong hands (no pun intended).

For non-Apple users who don’t like nosy apps, we offer more options for safeguarding your online privacy.

How to protect yourself from doxing

Nowadays, building a dossier on any Internet user is easier than you might think. Learn about doxers and their methods.