It’s always fun to observe commodity, non-vertically integrated tech manufacturers toss and twitch as distant rumors start rumbling about Apple entering yet another product category. Those companies don’t completely own their platforms and thus, their user experience. Moreover, when they try to come up with something completely in-house they usually fail spectacularly and, pardon the schadenfreude, hilariously. 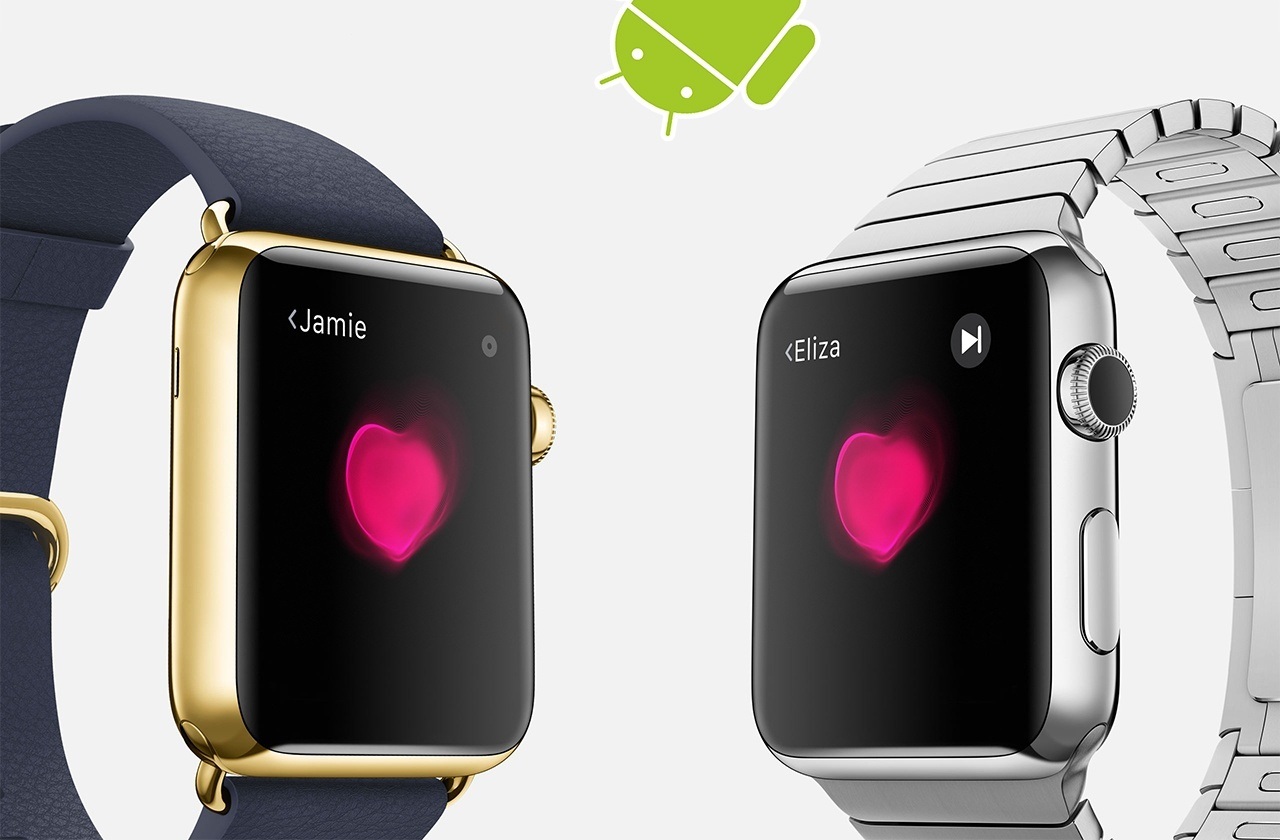 Apple Watch is a perfect example of this cycle: the moment the rumor mill started churning all those Samsungs and Alcatels threw everything to the ground and rushed to release another bit of half-baked wristband products. Sometimes, Apple allows them two or three iterations that may look notably better, yet still bear all the signs of Just Not Getting It.

In this respect, it’s worth mentioning two smartwatches at MWC 2015 that have attracted the most attention and generated lots of positive feedback: LG Urbane LTE and Huawei Watch. Some people even went as far as calling the latter the greatest looking Android Wear gizmo. Unfortunately, from the design perspective it’s also an utter failure.

It’s depressing how often people need to be reminded that design isn’t just about how something looks, but also how it feels, how it is perceived, and how people interact with it. If you look at the Huawei Watch from this perspective, and take into account the underlying layer of Android Wear, you’ll instantly see a few flaws.

It recently took Jony Ive to remind people that a round screen isn’t the best idea when your interface contains lists as a lot of screen space simply gets wasted. A possible solution would be magnifying the selected item, much like the way Dock works in Mac OS X. But a) Google’s Material Design shuns skeuomorphism; b) this solution won’t apply to a bunch of other scenarios like showing a boarding pass with a QR code.

LG’s Urbane is in much better position here since the Koreans chose to employ their webOS resources and came up with a circular interface that looks more thought out and adapted to particular hardware. Unfortunately, some functions like texting and dialing still look constrained on a round screen. And, why would one need cellular connectivity in their smartwatch? Omate, anyone? The batteries aren’t nearly large enough in those.

Some reviewers use the pic below as a proof of how much cooler Huawei Watch looks compared to Moto 360. Unfortunately, to me it’s proof of the exact opposite: Motorola has better designers with a deeper understanding of what a smartwatch really is. But, again, Apple has even better designers who ruthlessly slash every bit of legacy that’s not applicable to the product vision they’re trying to implement.

@gizmag Huawei Watch vs. Moto 360: Huawei is jumping into smartwatches in a big way, with th… http://t.co/Rj1Aq6fnqS #Technologic #New

The design of the current crop of Android Wear and other smartwatch gadgets is defined by being aimed at geeks, people who need no explanations of value, capabilities, and potential of the product category. It looks like it will again take Apple to perform its marcom duties for the entire market, carefully and patiently iSplaining it to ordinary people and thus greatly expanding the addressable market. There’s a benefit to that: even if Apple ends up capturing only 10% of the resulting audience, you can bet it’s gonna be the top 10% which bring over half of all profits.

Another good thing about a non-geek customer base is that they normally don’t demand every imaginable feature in one $19.99 product. Instead they are ready to wait until the features are mature, i.e. work well, don’t degrade overall experience, and simply make sense. Among other things, this is about building LTE into smartwatches: it’s obviously too early for that, considering the current density of cell coverage and the state of gadget battery tech. WiFi is a bit of a golden mean here, and Google is already taking that route, enabling WiFi in Android Wear gadgets with the next update.

#AppleWatch And The Others

However, it’s not to say cellular module will never emerge in Apple Watch. Quite the opposite, Apple has a track record of first wiring every new product category to another, more capable one, then gradually spinning it off. At first, one needed a personal computer with a full-blown operating system to own and use a pocket device from Apple. Now iPod touch, iPhone, iPad can all be activated, set up, and run completely independently, with a little help from iCloud.

And this makes iPad a perfect MacBook replacement for a whole lot of people who primarily consume content. But one thing Apple is never afraid of is cannibalizing its own products, and it’s quite possible that Apple Watch may one day become a self-sufficient solution that eclipses iPhone and renders it obsolete. This is Apple’s evolution path: Personal -> Mobile, Mobile -> Wearable.

Loving the #AppleWatch but hating the price? This startup will let you rent one for $45 http://t.co/iLJyKYYtLj pic.twitter.com/9rV3TZa8g3

One bonus that the latter transition provides is setting a foot in the biotech door. It’s already quite clear that biotech as an industry will outshine IT and surpass it in terms of improvements in global quality of life, making some people and businesses very, very rich. The current set of built-in sensors and the move to open-source ResearchKit are both signs that Apple understands this well, and has a fair shot at surviving the coming revolution.

Let’s identify and discuss the main IT security and protection trends at MWC 2015.