Everyone wants to keep their computers and mobile devices running smoothly, but there are a lot of misconceptions about the threats that exist and the best way to protect against those threats. Here we tackle five major myths of antivirus protection with heavy doses of reality. 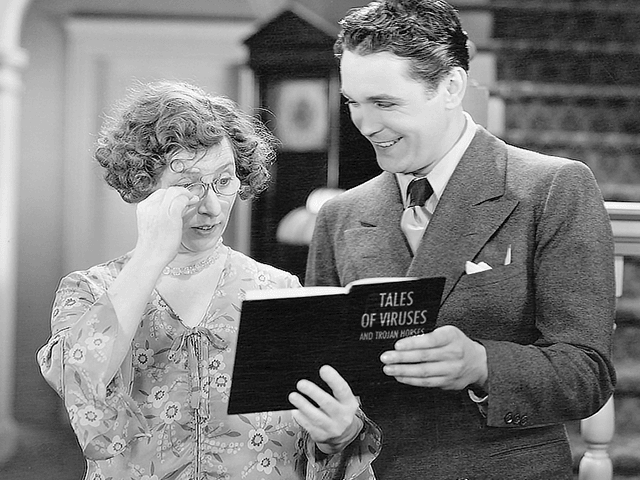 1. Myth: Viruses are only for Windows

Reality: Windows systems were, for a long time, the dominant systems in the marketplace. That, in turn, meant that attackers spent most of their time designing viruses to attack those platforms so as to maximize their chances of success. But as Apple has gained traction both in private and public sectors, attackers have stepped up their attacks on those products as well. And now mobile malware is the next frontier for attackers, and once again they are prioritizing the dominant platform — Android — but are also targeting iOS devices. That means whether you have a Windows- or iOS-based based computer or mobile device, having a robust antivirus program is a must.

5 myths and realities of malware and antivirus programs

2. Myth: Process errors or poor computer performance mean my computer has a virus

Windows systems were, for a long time, the dominant systems in the marketplace. But attackers have stepped up their attacks on Apple products and now mobile malware is the next frontier for attackers.

Reality: While those can certainly be signs that your computer has a virus, they may also be indicative of a system with too many background processes in action. For computers, this means periodically streamlining your system by getting rid of programs you don’t use, updating the ones you do use, cleaning out your Internet browsers, and defragmenting your hard drive (PCs) or running the Disk Utility function (Macs). For mobile devices, delete apps you don’t use, and maximize your battery life by restricting the update, push notification and geolocation services on apps for which those services come standard but aren’t actually critical to their functions.

3. Myth: You can get all the antivirus protection you need from free programs downloaded from the web.

Reality: These free programs offer basic protections, but in order to be protected against phishing attacks that can steal your personal and financial data you need an Internet browser security program. And no matter what software program you choose to use, only common sense and navigating the web with caution can prevent you from falling victim to fraud and direct social engineering attacks.

False: This conspiracy theory may be driven by the fact that some cybersecurity companies create viruses to test the limits of existing protection platforms, but the reality is that cyber attackers are the ones creating the latest malware in a never-ending attempt to stay one step ahead of antivirus programs as they try to steal sensitive data and money from users.

Fact vs. fiction – antivirus and malware

Reality: It takes a diehard conspiracy theorist to believe computer viruses can infect humans. But anyone who has seen “Independence Day” knows it is a fact that viruses can be written to sabotage alien spaceships — that’s just science.